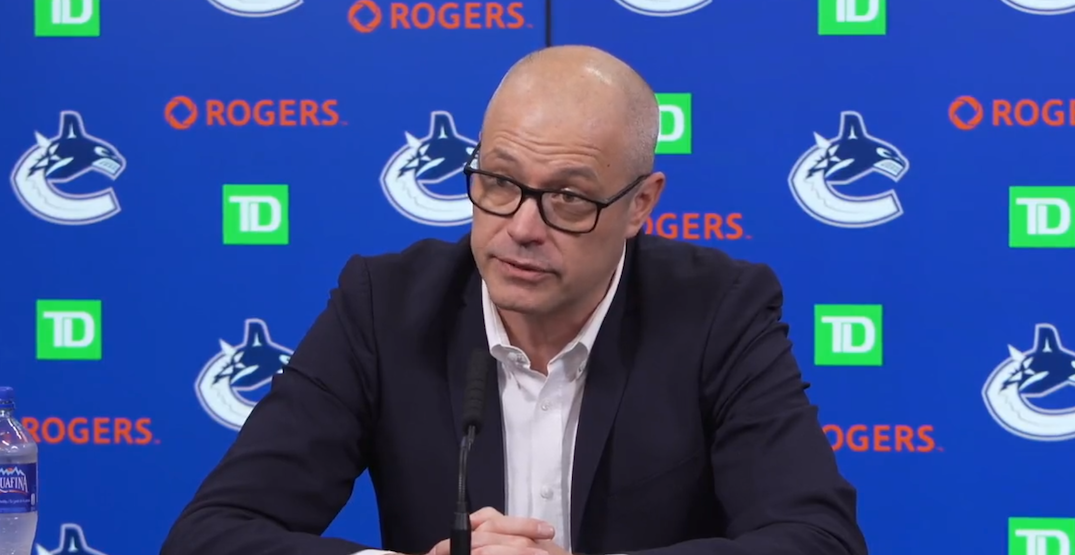 It’s been three long years since the Vancouver Canucks made a first-round selection in the National Hockey League Draft.

Just a week out from this year’s cattle call of future talent, it feels like the wait to get to the podium and add to the prospect pool may continue a little longer than expected for the hockey club that currently holds the 15th overall pick.

Bob McKenzie, who for years has assembled one of the most thorough pre-draft rankings in hockey, released his projection yesterday for the way this year’s first-round may fall.

And Bobby Mac, who has retired from the day-to-day rumblings in the hockey world but remains a trusted source when it comes to draft rankings, raised some eyebrows when he had big Slovak winger Juraj Slofkovsky rated first overall ahead of presumptive first pick Shane Wright.

Now as Bob is always quick to point out, this isn’t a mock draft, but rather a consensus based on his conversations with scouts around the NHL And, as bob would tell you, likely with a margarita in hand these days, his rankings don’t take the wants and needs of individual teams into account.

Still, as you work your way through Bob’s comprehensive list you’ll see he has US national team development program forward Frank Nazar rated 15th, which is where the Canucks are slotted to select.

With all due respect to Nazar and to all of the other forwards that will be available in that position, everyone, and I mean everyone, knows the Canucks need defensemen.

And while no one knows for sure how the draft picks will come off the board next Thursday in Montreal, certainly if the Canucks still hold that 15th pick, and any of the defensemen they covet are still available, then it seems like a no-brainer for this new management group to use that pick to address the long-term deficiency that exists on the blueline.

But, if the players the Canucks truly have their eyes on are gone by the time that fifteenth pick rolls around, then why not explore the option of moving back in the draft, and adding a draft pick or two in the process?

After back-to-back drafts without a first-rounder, it’s imperative the Canucks stay in the opening round, so I’m not advocating a deal with any team on the outside looking to get into the first round.

But if the Canucks are on the clock, and there are teams behind them in the pecking order that have interest in that 15th selection, it only makes sense at that point for the Canucks to hear what other general managers have to say, and find out what they’re willing to part with to move up a couple of notches.

For a team that has waited three years to make a first-round selection, what’s the issue with dropping a few slots and sitting tight for a few more picks, if you can still get top talent and can also add a few assets along the way?