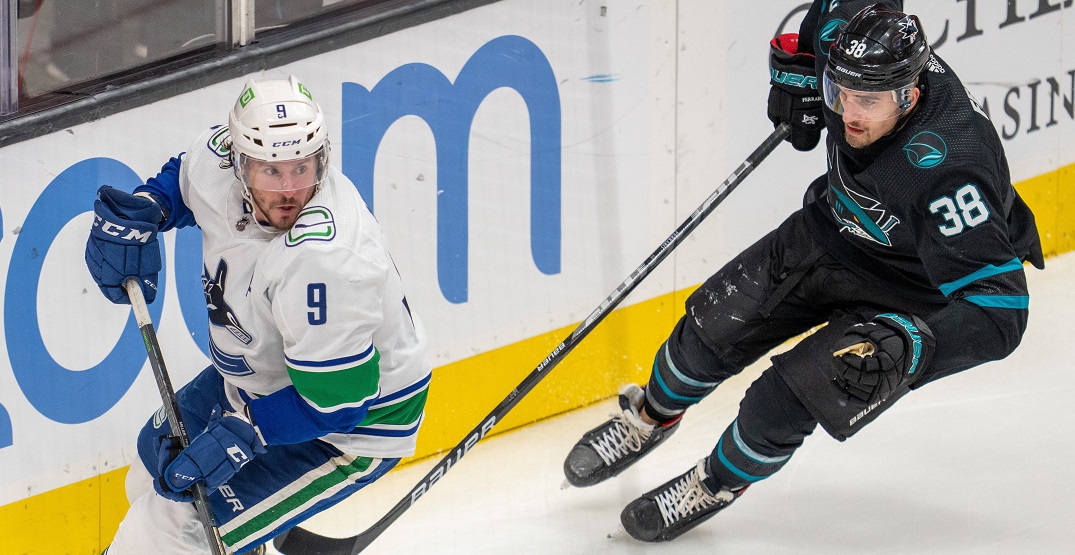 The NHL has announced 12 additional postponements due to rising COVID-19 cases popping up on teams across the league.

In a release Sunday, the NHL said it has called off all cross-border games from Monday through December 23, citing “the concern about cross-border travel” and “the fluid nature of federal travel restrictions.”

Six Canadian NHL teams are affected by the new cancellations, with the full list of games called off here:

The news was announced while the Winnipeg Jets were in the middle of playing the St. Louis Blues at home.

The NHL was already set to take a holiday break on December 24-26.

With the cancellation, all seven Canadian teams are out of action for the next week, with six Calgary Flames games previously postponed due to an outbreak within the team.

“Although there has been a recent increase in positive COVID test results among Players, coaches and hockey staff, there have been a low number of positive cases that have resulted in concerning symptoms or serious illness,” the NHL said in a release. “Therefore, the NHLPA’s and NHL’s medical experts have determined that, with virtually all Players and Club hockey staff fully vaccinated, the need to temporarily shut down individual teams should continue to be made on a case-by-case basis.”

The NHL also announced they “expect to be in a position to announce a final determination in the coming days” as to whether players will be headed to the 2022 Beijing Olympics.