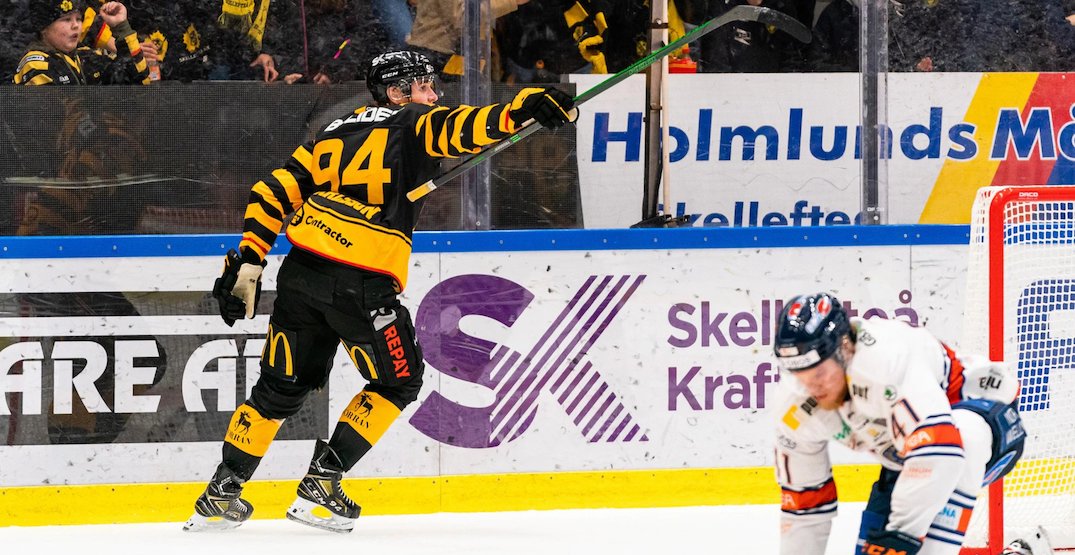 It’s undeniable that whenever one-for-one transactions occur, even at varying degrees of notoriety, the players involved are forever linked, their production and organizational value forever pitted against each other. Whether it is at a trivia night at a local bar, on social media, or in a professional board room, these valuations can be swift as time roars on.

This is the case for San Jose Sharks forward Jonathan Dahlén and Vancouver Canucks prospect Linus Karlsson — a February 2019 trade seeing the exchange of the Swedish products.

Since then, Dahlén has had a productive resurgence in value, manning a significant role on an opportunity rich San Jose Sharks team. In what has been somewhat of a heroic effort over the years, the 24-year-old has been dominant in the Allsvenskan, helping Timrå IK on a path to promotion to the highest level of hockey in Sweden, the SHL. Evaluators balked at his resistance to play against higher competition and an early AHL departure being a factor, but in the end, Dahlén stayed loyal and his play has frankly translated.

The question now begs, what of Karlsson?

The 22-year-old has been humming along, just recently seeing his first SHL minutes with Skellefteå AIK this season — and it’s going well.

In 27 games played, Karlsson has produced 21 points, including 10 goals, playing almost exclusively on the wing. This has him tied for 20th in the SHL in overall points, and 10th in overall goals.

Karlsson actually ranks fifth in points-per-game for that age group currently. Not a lot of hearty examples, but there is some NHL presence. 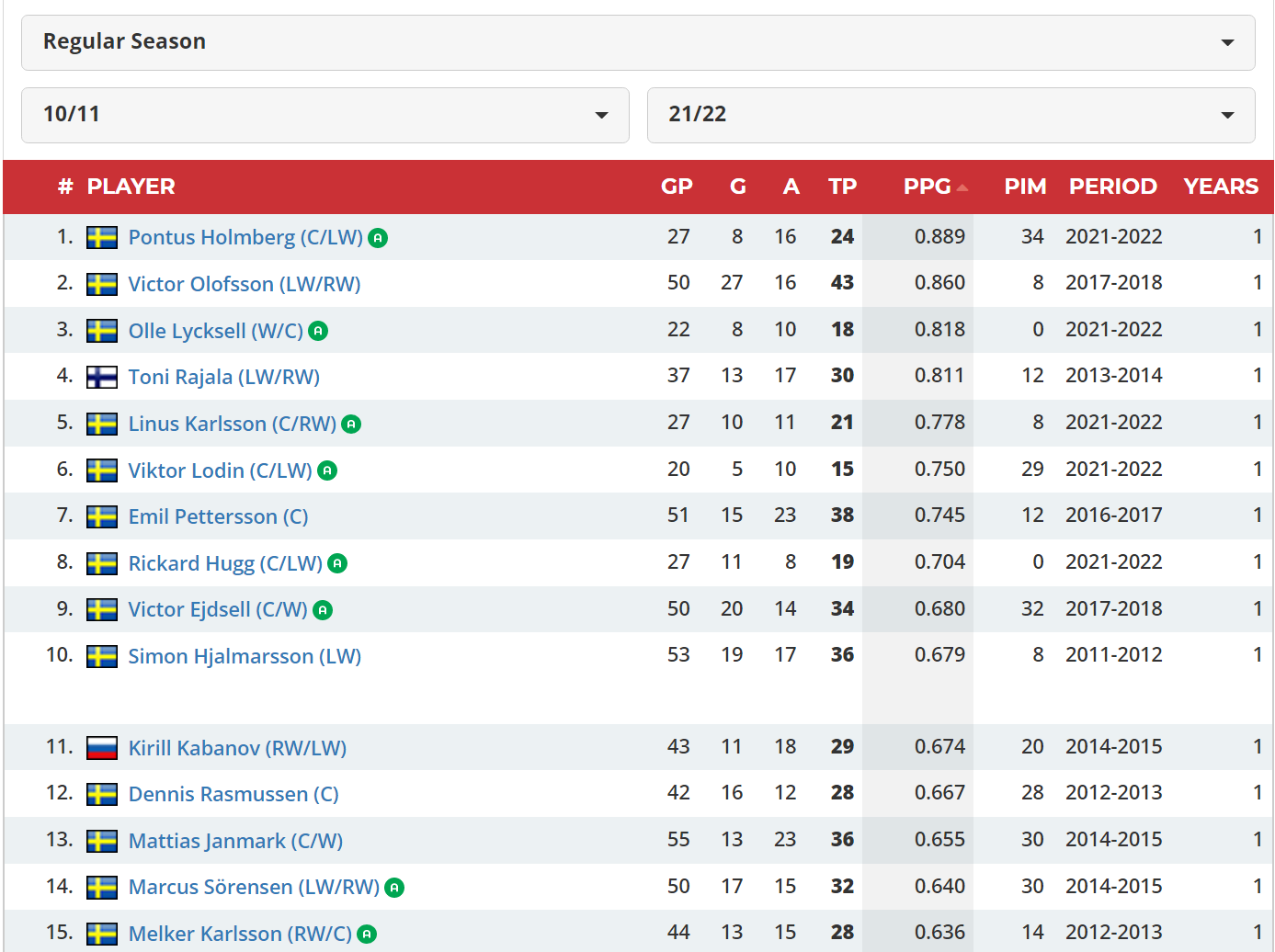 Karlsson has mainly been productive through a weaponization of his shot.

Currently sitting fourth in total shots on goal in the SHL, he represents as a volume shooter who has legitimate shooting skill.

While his shooting percentage is only roughly 11%, you will soon get the sense of why he is second in the SHL in game-winning goals.

Karlsson victimizes goaltenders in two ways; distance shooting when he has space, and inside-oriented drifts into soft areas of coverages.

When evaluating his right-hand shot, his mechanics are immediately impressive. Possessing the ability to place pucks with a pin-point level of execution, Karlsson leverages synced weight-transfer, unlocked arms, and a massive amount of down-force to create a powerful release.

What’s almost more impressive is his ability to identify developing pass lanes, set his body, and complete centring feeds. Able to shoot across his body, he is a bishop chess piece, surprising, effective, and valuable to his line.

This inside play extends to his passing. Karlsson often hides his intentions by holding pucks in his hip-pocket, or looking in other directions to manipulate defenders to slip pucks through passing lanes. Deception often equals translation.

Karlsson is also deft at handling physical pressure. An accurate stick, a penchant to establish early body positioning, and an ability to string plays out of board battles help aid further shooting and passing opportunities. He doesn’t read pressure off his back all that well, but that can be learned.

The Skellefteå winger is an advanced puck-handler in transition, embarrassing opponents at times. Continuing to hold the puck at his hip, Karlsson actively sets up his dekes through early scanning. He then targets the defender’s triangle, and selects effective handles. His upper-body and lower-body act independently from each other, an unlocked top-left-arm allowing full range of motion.

He does some interesting things like shooting for rebounds, and pushing play inside. However, an inability to shoot in stride is a major deficiency.

While Karlsson’s stride mechanics and pace can waver at times, he has proved to be an effective forechecker at the SHL-level. He envelopes puck-retrieving defenders, proactively places his stick to disrupt pass releases.

Increases in pace help push this style of play.

Where the former-third round pick can sometimes falter is in scenarios where shift duration and stopping and starting become a necessity. The effort and lane occupation is here, but degradation in stride mechanics occur frequently. He scans often, however, mental-mapping opponents’ movements.

Being two years younger than his trade-linked contemporary, Karlsson might have a chance at providing some NHL value. He probably will never occupy a similar role as Dahlén, presenting more as a bottom of the lineup asset, but there is a runway with his current skill-set.

Nevertheless, the question begs if he fits the mold of a future Canuck? The team is undoubtedly trending to speed and pace under the newly minted president of hockey operations, Jim Rutherford. If you truly believe that the centre position is in Karlsson’s future, his value as a right-hand pivot, who isn’t fast but plays fast, could catapult him up the organizational depth chart and even into an entry-level deal.

As it stands, Karlsson should be a player that is more front and centre in Canucks fans’ consciousness, because at the very least, he is fun to watch.