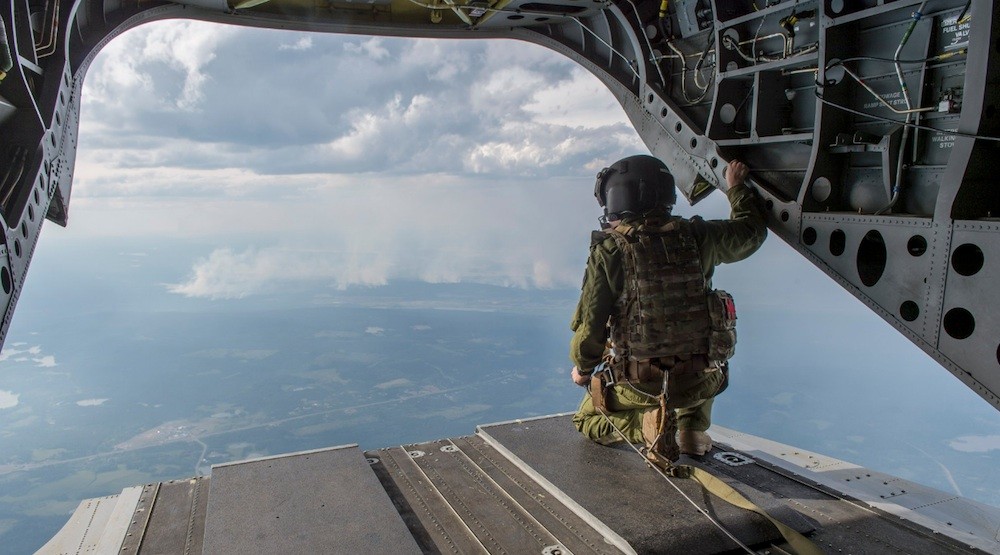 View of smoke rising from a wildfire in BC from a Canadian military aircraft. (Canadian Forces)

An ally that is no stranger to fighting destructive wildfires will be assisting British Columbia with its current spate of wildfire battles.

The provincial government announced this afternoon that a contingent of approximately 50 specialized wildfire personnel from Australia will be traveling to BC to assist in the ongoing efforts. The team comprised of officers and technical specialists is set to arrive this Wednesday, and they will be deployed across the province for up to 38 days.

“The Australians’ expertise will help maintain the BC Wildfire Service’s high success rate for containing new fires,” reads a release. “They also will augment the response to existing fires by allowing B.C. personnel to take mandatory days off so they can begin another cycle of fire suppression operations.”

All costs for bringing the Australian crews will be covered by the provincial government.

They will join BC’s emergency wildfire management force of over 1,600 provincial staff, nearly 1,000 private contractors, and over 450 personnel from other Canadian provinces.

The City of Vancouver has also contributed to the efforts by sending six members of its Heavy Urban Search and Rescue Team.

Additionally, close to 500 officers with the RCMP have been redeployed to affected wildfire areas in BC to assist with evacuations and prevent criminal activity.

The deployment to BC is part of a mutually beneficial relationship on fighting wildfires with Australia and a resource-sharing agreement with the Australian state of Victoria, which allows for the exchange of personnel, knowledge, skills, equipment, technology, and mutual support in the event of an emergency.

In 2007 and 2009 when Australia experienced devastating wildfires, crews from BC were deployed to Australia to support local fire suppression efforts. And in 2009, 2014, and 2015, personnel from Australia were deployed to BC to assist with firefighting.

The exchange is made possible without sacrificing local human resources to fight a blaze, which is necessary in case a wildfire emergency occurs at home. The peak of the Australian wildfire season occurs during BC’s winter and spring months, which is Australia’s late-spring and summer.

A state of emergency

The provincial government has declared a province-wide state of emergency due to the rapid growth in the wildfires.

According to the BC Wildfire Service, approximately 40,000 people in dozens of communities have been forced to leave their homes due to the wildfire threat. Another 20,000 people are on evacuation alert.

As of this morning, there are over 160 wildfires burning across the province, and the blazes cover a combined area of 1,300 sq. kms. – an area equivalent to the size of Vancouver, Surrey, Langley, Richmond, Coquitlam, Burnaby, and North Vancouver put together.

The largest fire is currently near Ashcroft at a size of about 526 sq. kms.

Conditions are expected to worsen with weather forecasts calling for more hot and dry weather with high winds.

BC’s wildfire season exploded on July 7 when more than 140 wildfires began. Many of these wildfires were started by lightning.