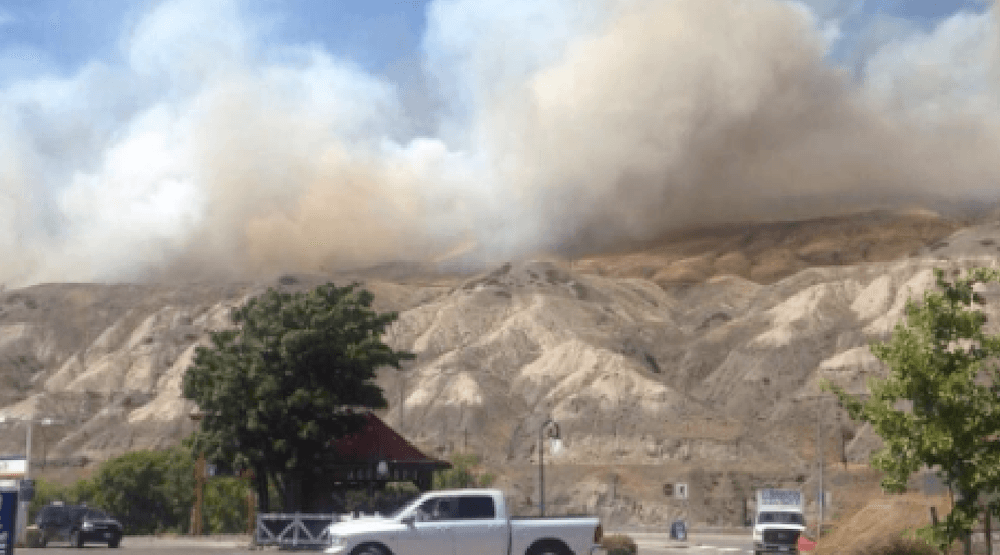 A wildfire burns out of control near Ashcroft, BC (@emmadecraene_photography / Instagram)

That statement comes after 10 people were arrested in connection with a series of break-and-enters and charges of mischief in and around evacuated homes in Williams Lake and 100 Mile House.

The arrests are part of the latest update by BC RCMP spokesperson Brenda Butterworth-Carr on Tuesday morning, in regards to the RCMP’s involvement in the firefighting efforts.

“We too have employees and police officers that live in these communities and are similarly impacted by evacuation orders and alerts,” said Butterworth-Carr. “Many of our members and their families have been evacuated.”

The officers deployed in those evacuated communities “are patrolling around the clock to ensure you have a secure community to return home to as soon as it is safe to do,” she added.

At least two RCMP officers have lost their homes to wildfires.

In addition, RCMP officers are “doing what we can to prevent access to non-essential workers and services in those evacuated zones,” said Butterworth-Carr.

This, she said includes having personnel in place at checkpoints to ensure that access “protocols are observed by in-coming vehicles.”

She added that “most” of the 10 people arrested were already known to police.

Based on the “fluidity of the situation and constantly fluctuating needs,” additional RCMP officers from all over BC have been mobilized to help BC Fire Services with evacuation orders in those affected communities,” Butterworth-Carr noted. 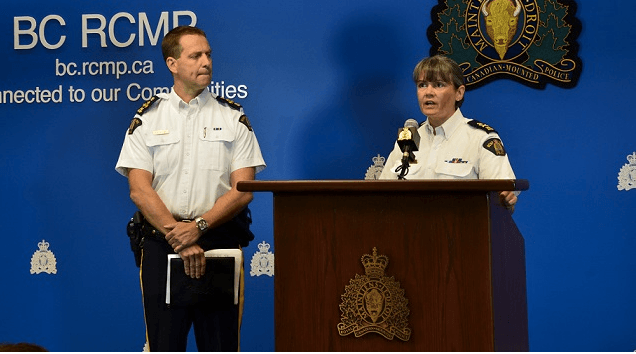 The numbers, though are changing regularly, and at this point, she said “it would be safe to say that as of this morning upwards of 300 additional members have been or will be deployed.”

In addition, 40 Alberta RCMP officers are scheduled to arrive in the province to help “within the next few days.”