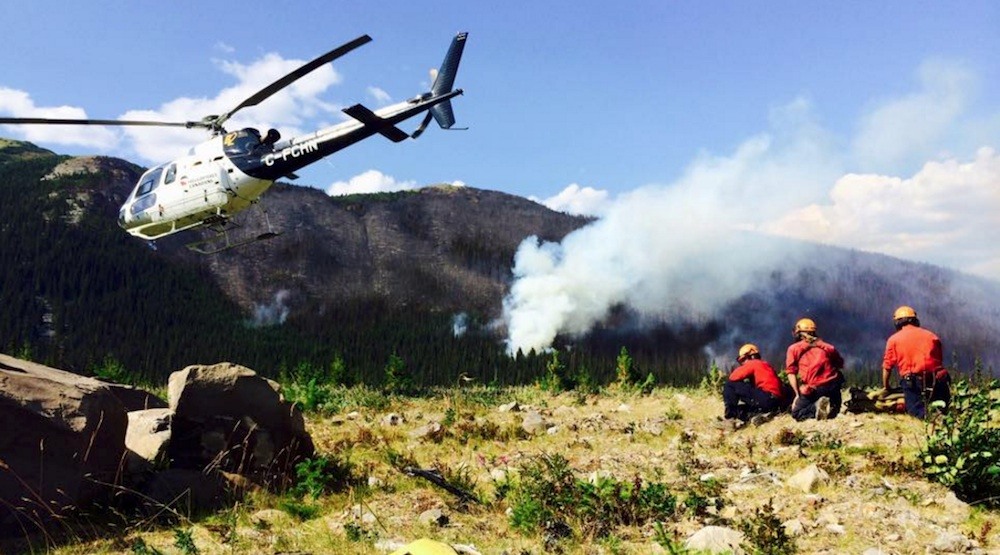 Firefighters and a helicopter battling a blaze in BC. (Government of BC)

The wildfire season in BC has just started, but it is quickly turning into what could possibly be the worst season since 2003 when 50,000 people were evacuated from their homes.

According to the BC Wildfire Service, approximately 40,000 people in dozens of communities have been forced to leave their homes due to the threat of destructive raging fires. Another 20,000 people are on evacuation alert.

As of this morning, there are over 160 wildfires burning across the province, and the blazes cover a combined area of 1,300 sq. kms. – an area equivalent to the size of Vancouver, Surrey, Langley, Richmond, Coquitlam, Burnaby, and North Vancouver put together.

The largest fire is currently near Ashcroft at a size of about 526 sq. kms.

Map of all of the known wildfires burning in British Columbia as of the morning of Monday, July 17,
2017. (Government of BC)

Nearly 2,000 firefighters and support staff, including hundreds of personnel on loan from other provincial jurisdictions, are fighting the fires in BC.

Smoke from the fires are creating hazy conditions across much of the BC interior and even as far as Calgary, where a poor air quality advisory has been issued by Environment Canada.

Continued forecasts of hot and dry weather, with high winds, are expected to cause the fires to grow in size. There is also a possibility of more lightning, which started many of the initial fires earlier this month.