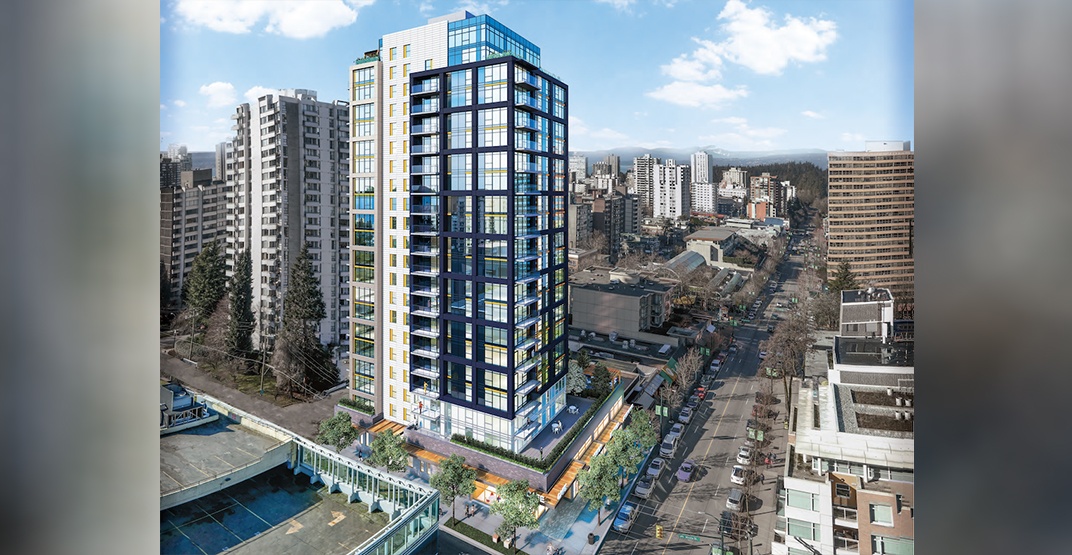 More rental housing is on its way for downtown Vancouver’s West End neighbourhood, as construction began today on a new 210-ft-tall, 21-storey market rental tower at 1500 Robson Street — the southwest corner of the intersection of Robson Street and Nicola Street, just across from the redevelopment of Empire Landmark Hotel.

The project being developed by GWL Realty Advisors, on behalf of property owner London Life Insurance Company, will add 128 purpose-built rental homes, with one-third of the units designed as two- and three-bedroom suites suitable for families. 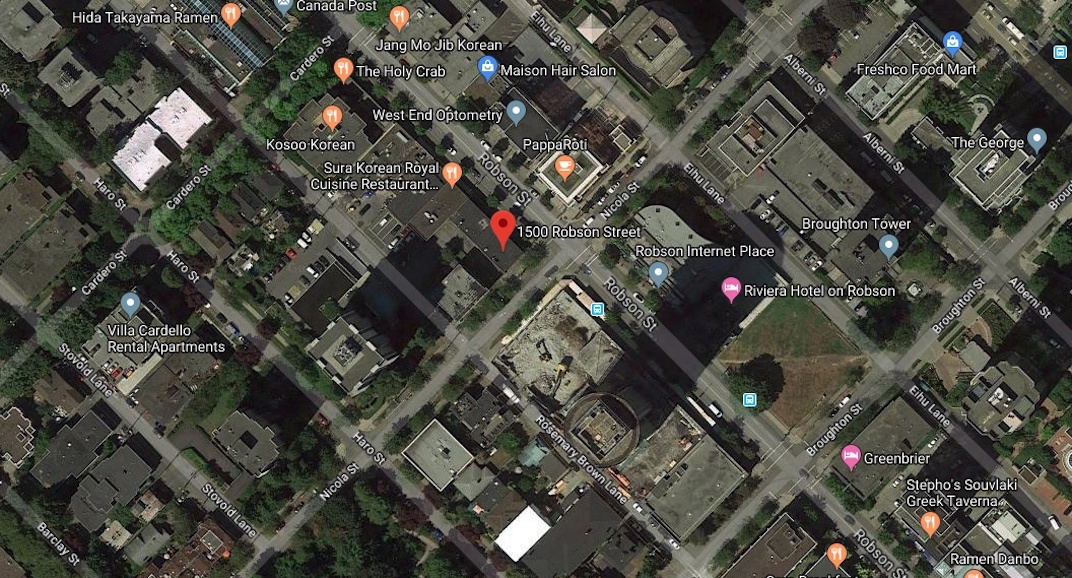 There will also be about 5,500-sq-ft of retail and restaurant space on the ground level, with this commercial space split into four units.

Up until last year, the site’s single-storey buildings were home to a number of Asian restaurants, including Saigon Restaurant, Kin Resto Bar, and Blue Bella Korean Cuisine Bistro, which reopened in Gastown.

When complete in early-2021, rental housing tenants will have access to building amenities such as a fitness gym, yoga and lounge rooms, and a rooftop patio with an outdoor fireplace. The entire penthouse floor is also dedicated as a common area for all tenants. 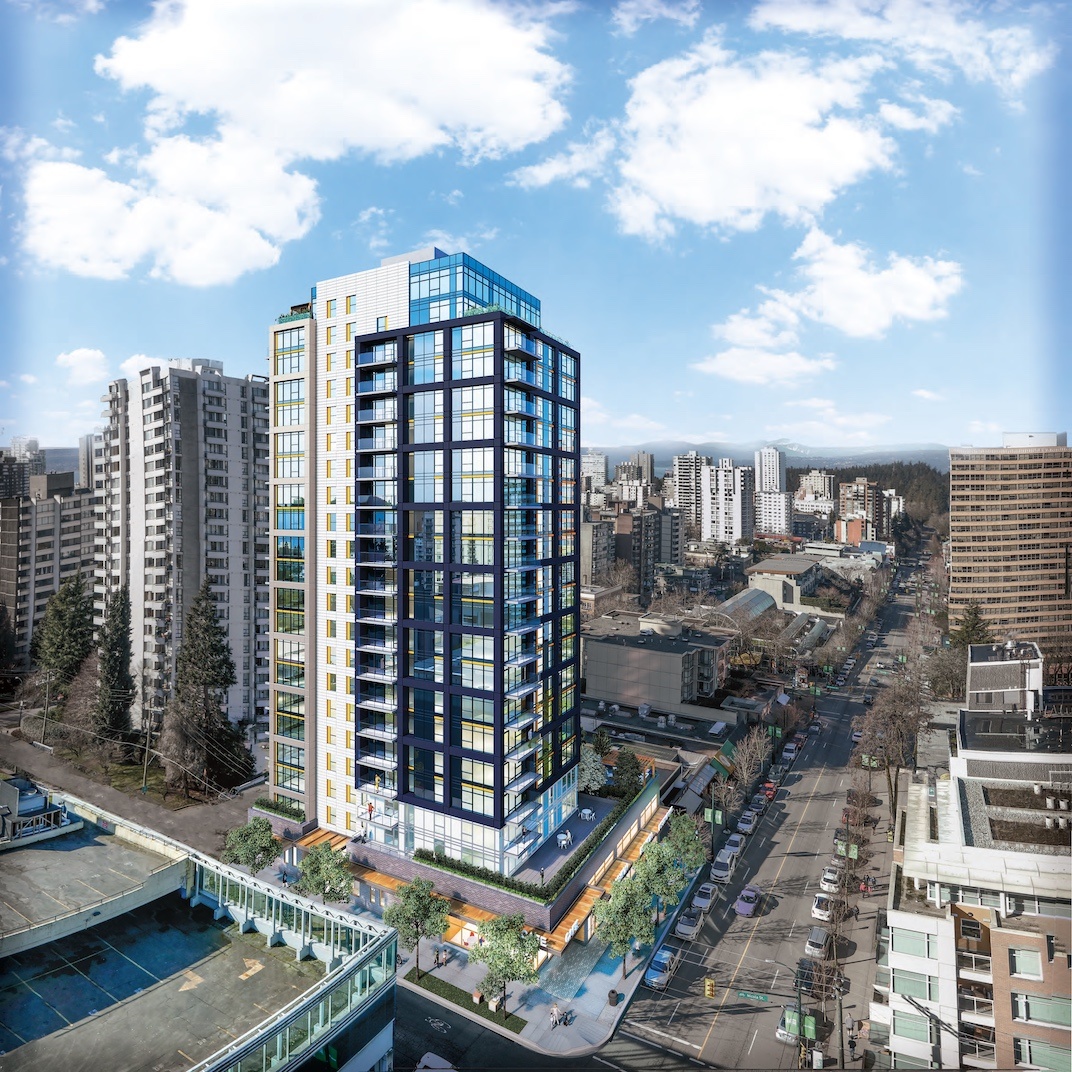 “We are proud to be increasing the supply and diversity of rental housing in the West End of Vancouver,” said Ralf Dost, president of GWL Realty Advisors, in a statement.

“This new development will provide the neighbourhood with desperately needed rental units – especially those suitable for families – in a professionally managed building with great amenities. This project represents the type of community building we want to undertake in the City of Vancouver and for our investment clients.”

The project’s building permit was approved in 2017, and its form and density is made possible by the West End Community Plan.