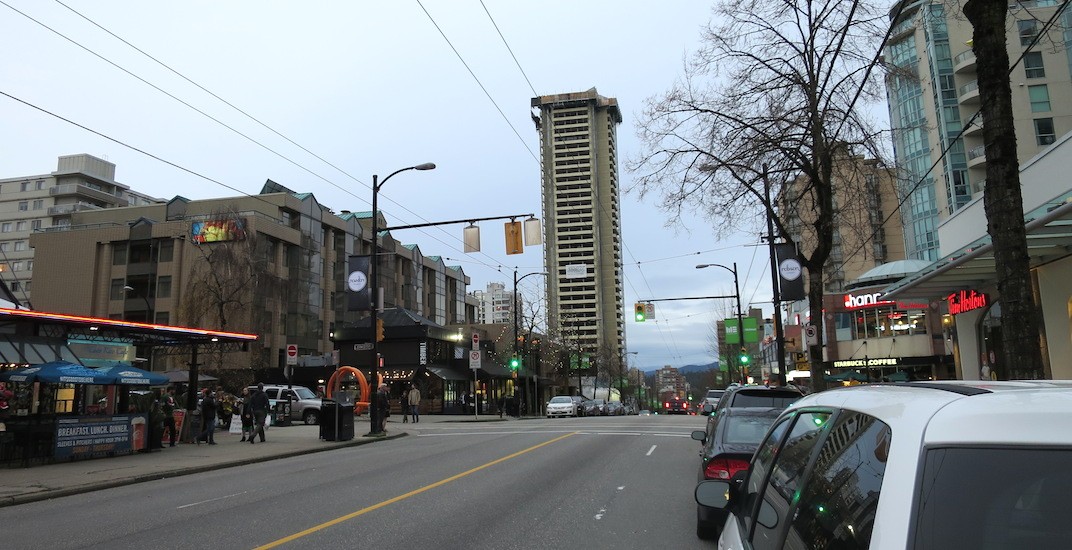 The Empire Landmark Hotel in downtown Vancouver closed its doors more than a year ago, and ever since crews have been busy taking down the 42-storey, 394-ft-tall tower piece by piece — literally.

Up until this point, the process of tearing down the tower has visually appeared quite slow, but the pace is about to accelerate quickly now that the revolving restaurant floor structure is gone and the guest room floors below have been largely gutted.

Timelapse video of the demolition of Empire Landmark Hotel up to date:

Instead of a quick implosion, property owner and developer Asia Standard Americas opted to use the more environmentally-friendly Brokk system of demolition, which is a remote controlled, state-of-the-art technology that crushes a building’s concrete from the top and works its way down, floor by floor.

Dust and debris from this process, which can eradicate two to three floors per week, is contained inside a mast scaffolding around the floor.

The demolition process began in March 2018 and is scheduled to end in March 2019. Altogether, workers have to demolish 410,000-sq-ft of the hotel’s floor area before they can begin site excavation and construction of the new structure. 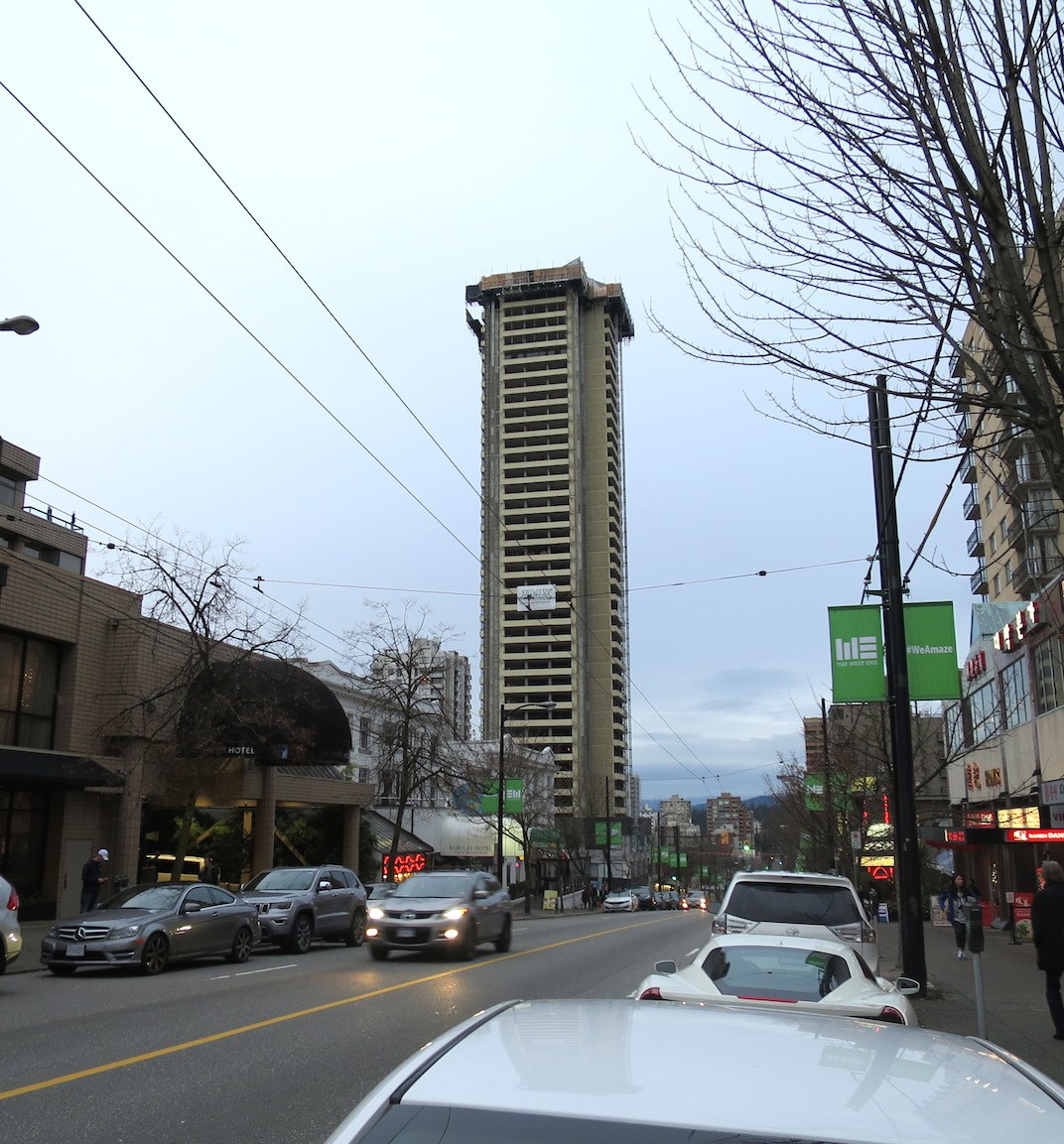 The Hong Kong-based developer acquired the 1973-built hotel property several years ago, and its plans to redevelop the property was approved by the municipal government early last year.

There will be two residential towers at 28 and 30 storeys, respectively, reaching a maximum height of 300 ft – about 100 ft shorter than Empire Landmark. It will include 241 luxury housing units, 84 social housing units, office space on the second and third floors, and retail along the streetfront of Robson.

No replacement hotel is planned, and a 2023 completion is slated.

Asia Standard Americas is also behind the redevelopment of the adjacent Robsonstrasse Hotel & Suites site into a new retail and office building.