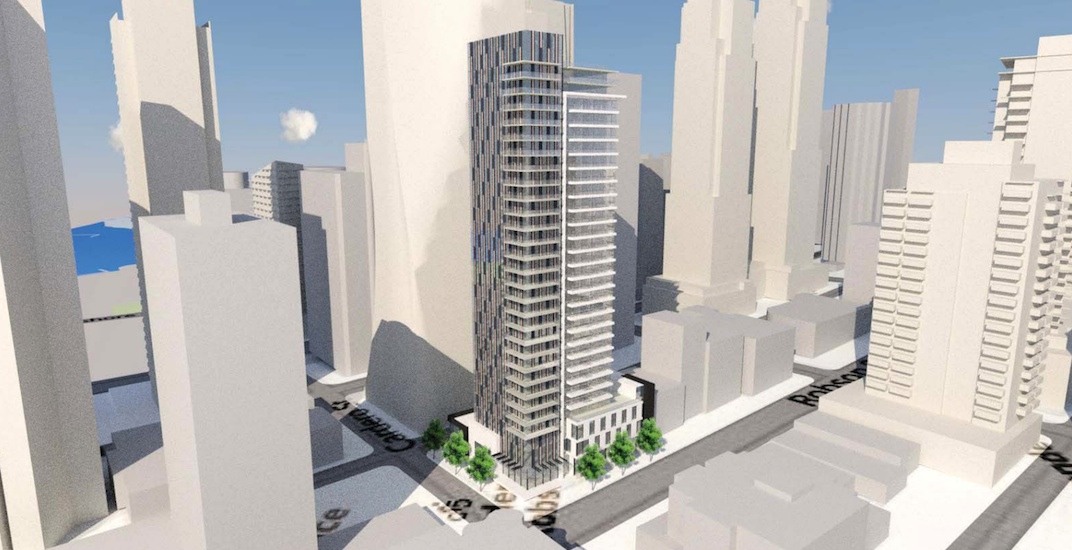 Big changes are coming to the northeast corner of the intersection of Robson Street and Cardero Street in downtown Vancouver’s West End neighbourhood.

A development application has been submitted by VivaGrand Developments to redevelop 1555 Robson Street, which is currently the location of a two-storey commercial building that houses the popular Jang Mo Jib Korean Restaurant and a number of other businesses.

VivaGrand Developments acquired the property in August 2017 for $79.5 million, according to BC Assessment. The property’s latest assessed value is $75.384million. 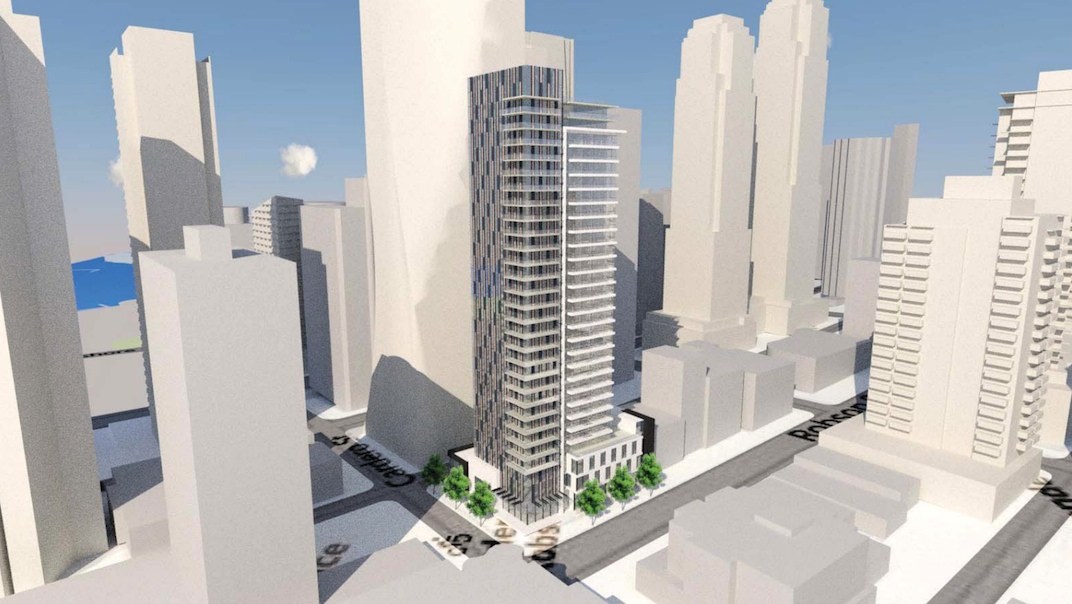 Within the podium, there will be about 5,900 sq. ft. of retail space on the ground level – split into three retail units – and two levels of office space above.

Overall, the proponents want to achieve a total floor area of 174,837 sq. ft. on the 18,155-sq-ft development site, providing the project with a floor space ratio density of 9.63 times the size of the lot.

The project is immediately across from the site of 1550 Alberni, the 40-storey ‘carved’ tower by Japanese architect Kengo Kuma and local developer Westbank.

This redevelopment is permitted under existing zoning and is made possible by the City’s West End Community Plan, which densifies the arterial corridors of the West End area, including Robson Street, Alberni Street, Denman Street, and Davie Street. 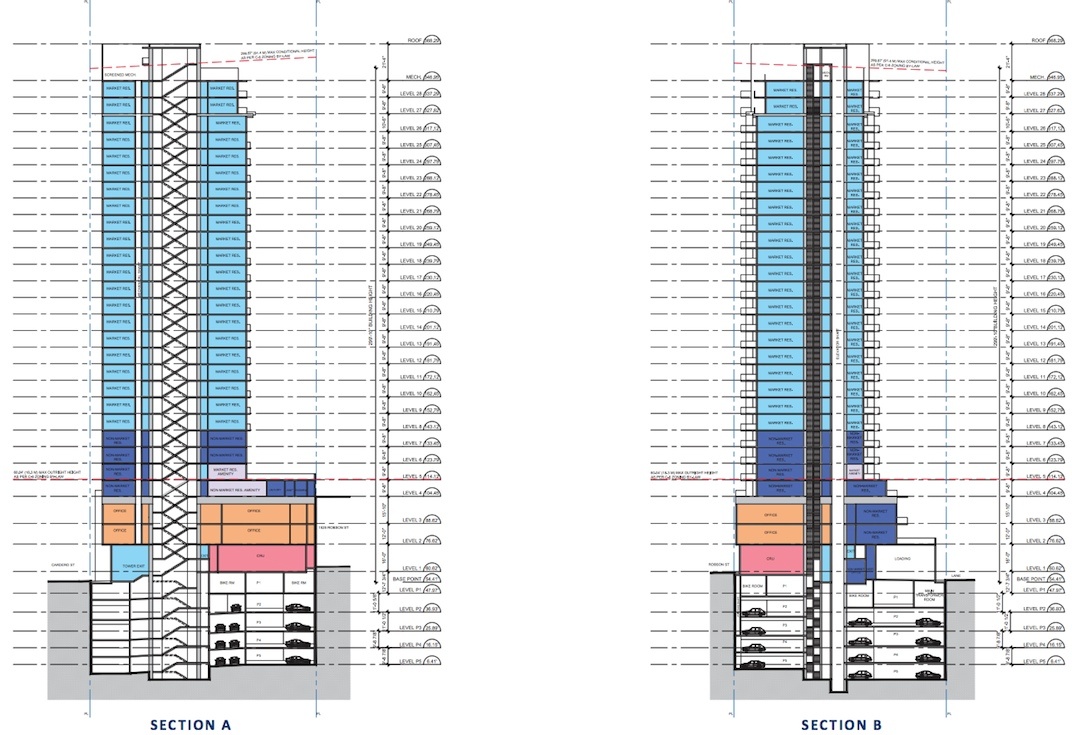 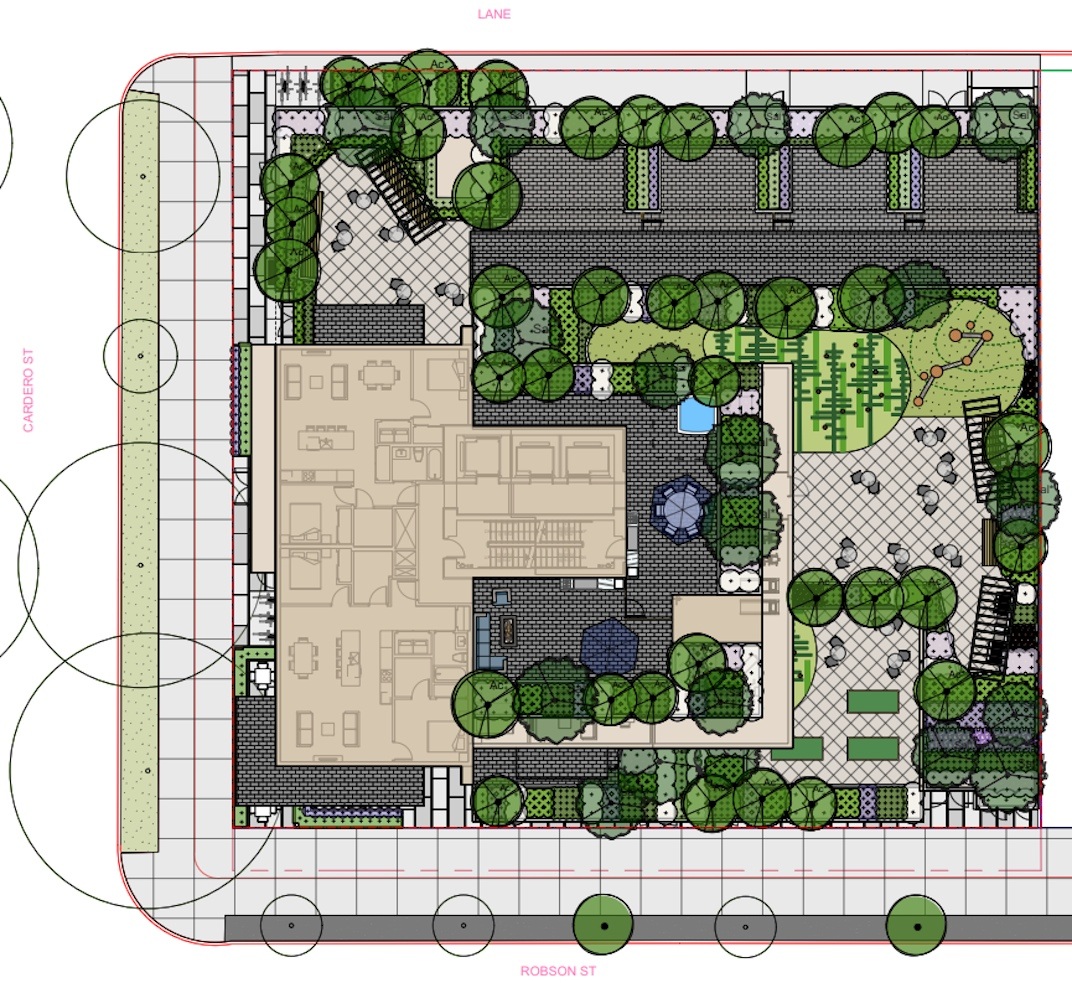