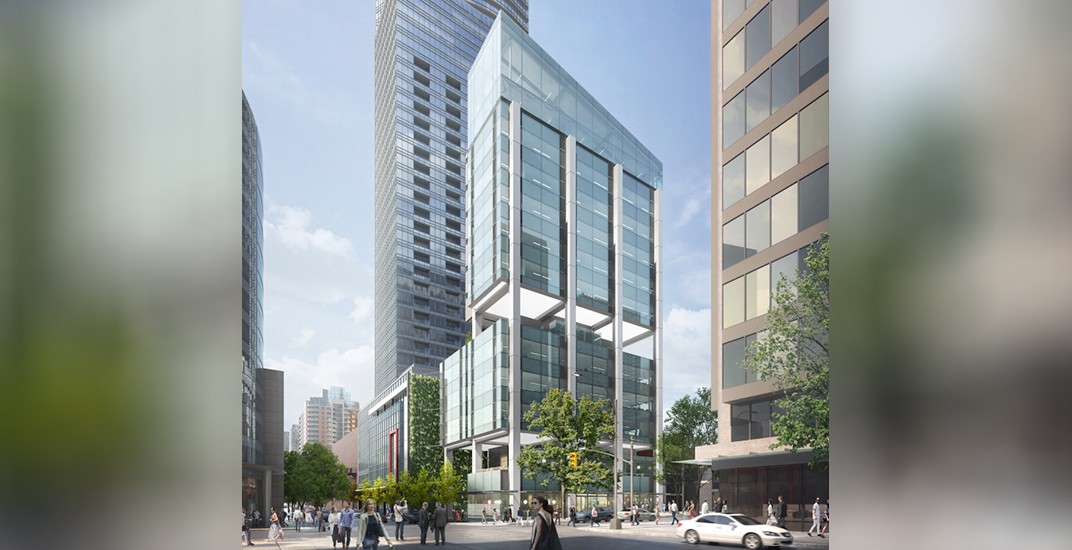 In terms of total floor area and height, this proposed office tower is not a significant new addition, but it provides a much-needed improvement to this part of the Robson streetscape and adds another architecturally-unique structure to the city.

On behalf of Bonnis Propperties, Perkins + Will Architects has submitted a development application to redevelop the site at 600 Robson Street — the northwest corner of the intersection of Seymour Street and Robson Street — into a 215-ft-tall, 13-storey office building. 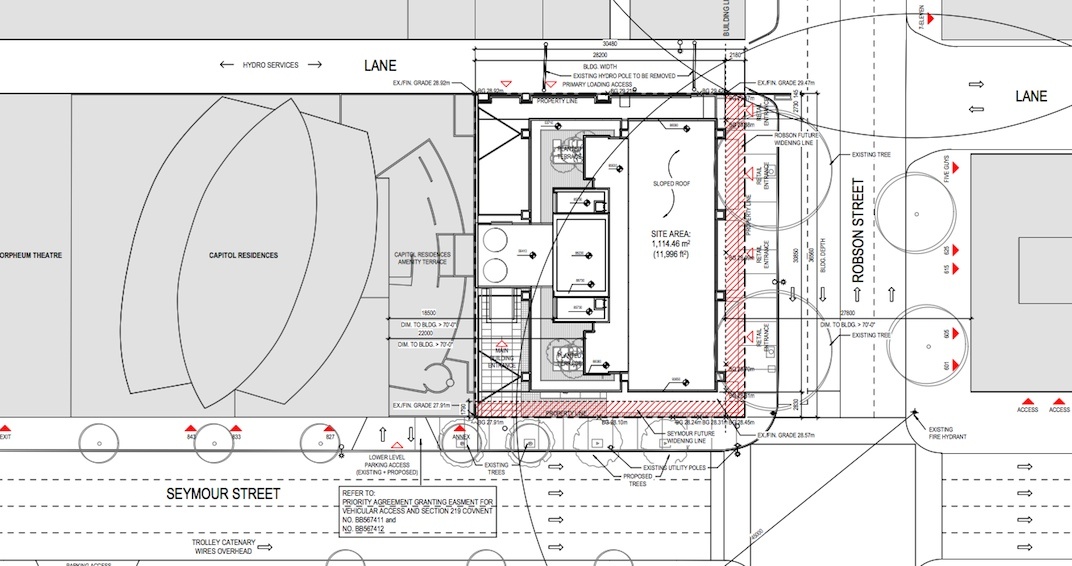 The small 12,000-sq-ft lot is right next to the Capital Residences tower, and currently occupied by a 1914-built single-storey retail building with tenants such as a picture frame store, Red Burrito, Simon’s Bike Shop, Vancity Weed, India Gate Restaurant, and Thai Cuisine Restaurant.

The tower features 61,670 sq. ft. of office space and 4,300 sq. ft. of ground-level retail space, with storefronts along the Robson Street frontage. But this retail space is about half the retail space that currently exists at the location.

Exposed structural columns on the facade, coupled with gaps on the second level and sixth level that act as amenity spaces, provides the building with a ‘stilt look’. 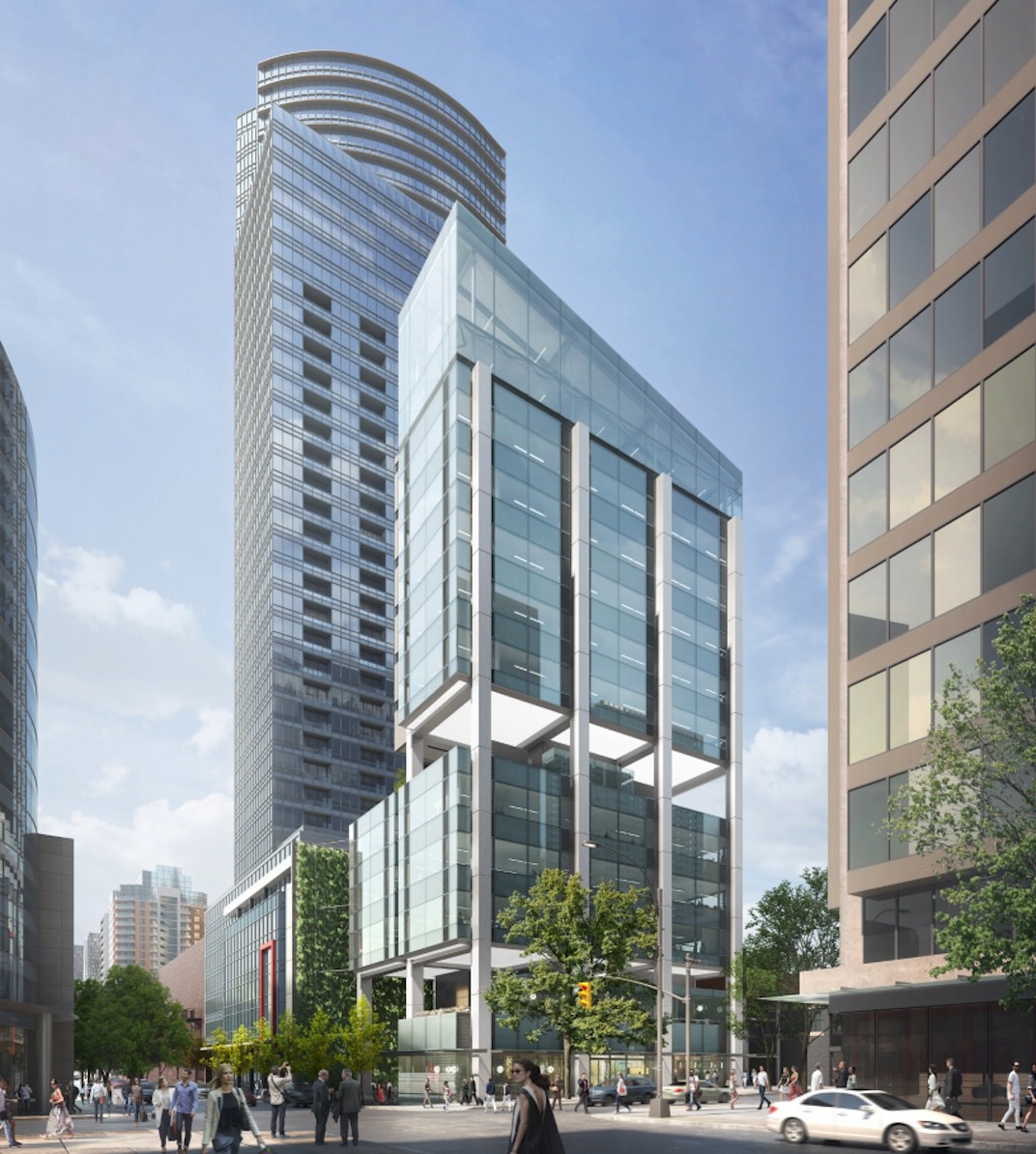 The floors from the middle section upwards, beginning at the sixth level, are set back to provide a greater buffer from Capital Residences’ blank wall, which will be covered with vertical greenery. A fitness gym is located in the sixth level amenity space.

The tower’s pinnacle is sloped to address a City of Vancouver planning department request to maximize sunlight onto the nearby intersection of Robson Street and Granville Street.

“[This slope] creates a unique top floor opportunity to add a dynamic feature to the building that acknowledges the significance of Robson Street,” continues the design rationale.

The office lobby will be accessed from a plaza located on the Seymour Street frontage. 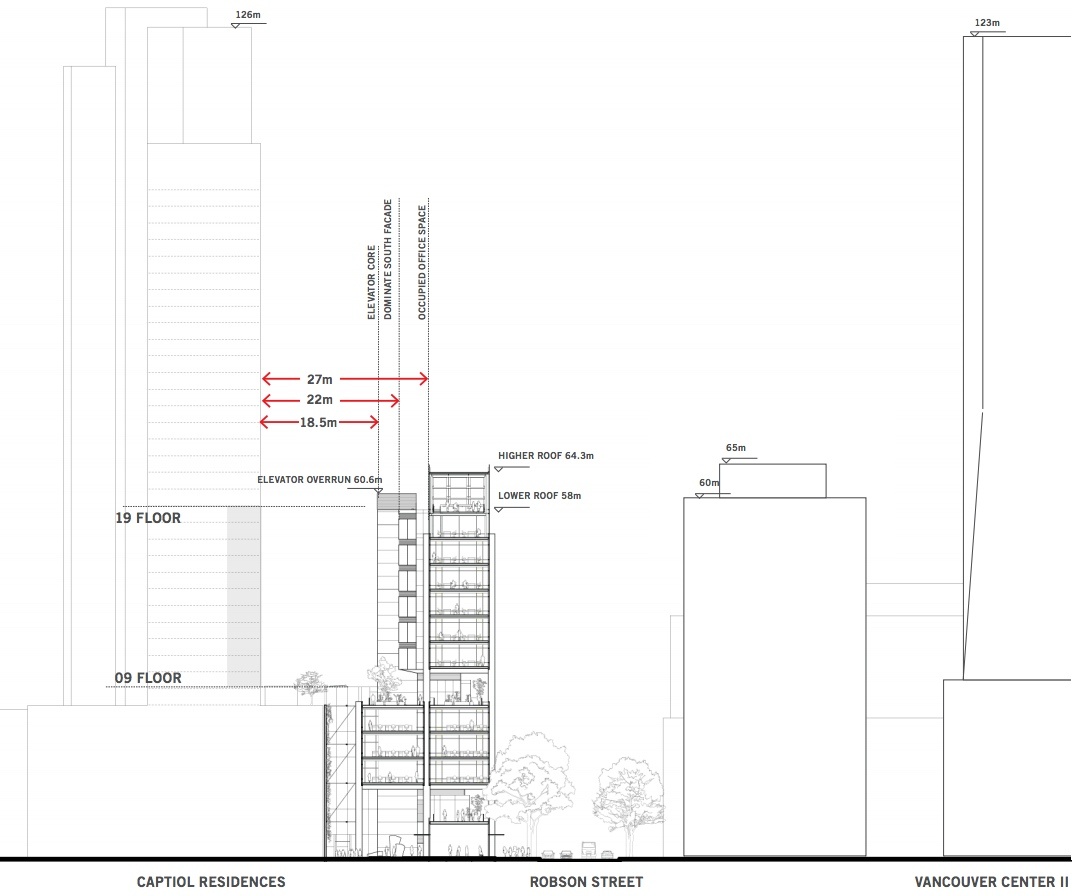 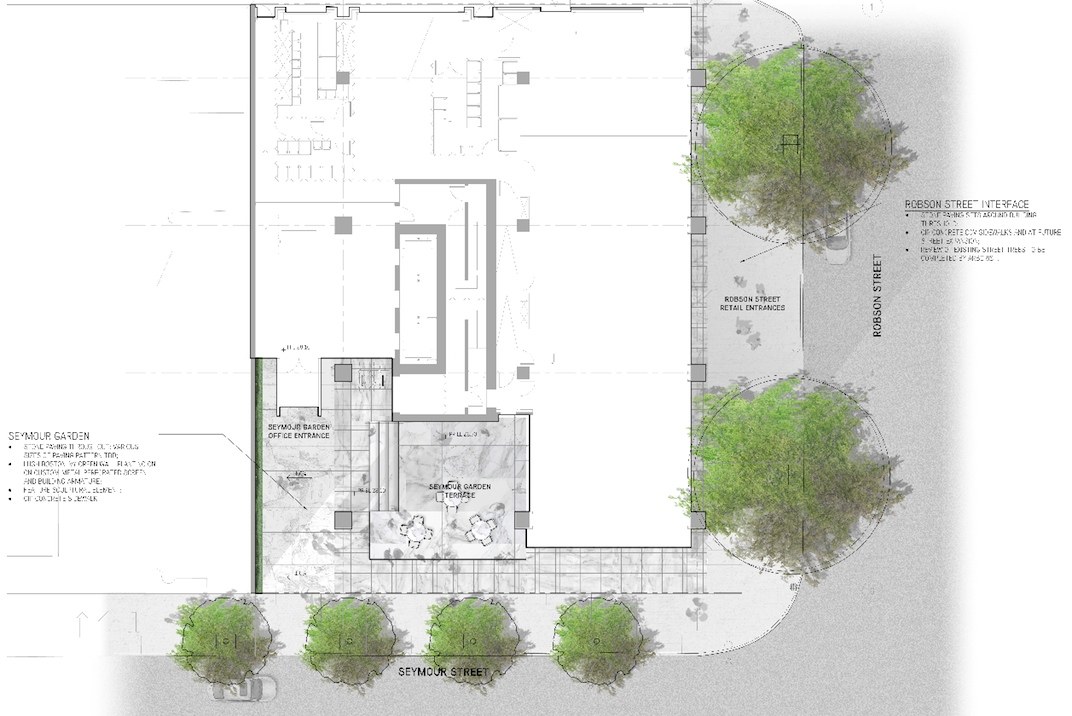 Overall, the building will have a total floor area of 66,000 sq. ft., including a heritage density transfer, giving the project a floor space ratio density of 5.5 times the size of its lot.

Also unique to this development is its parking arrangement. Three levels of underground parking with 52 vehicle parking stalls will be accessed from Seymour Street through a shared access agreement that uses the underground parking entrance of the Capitol Residences building.