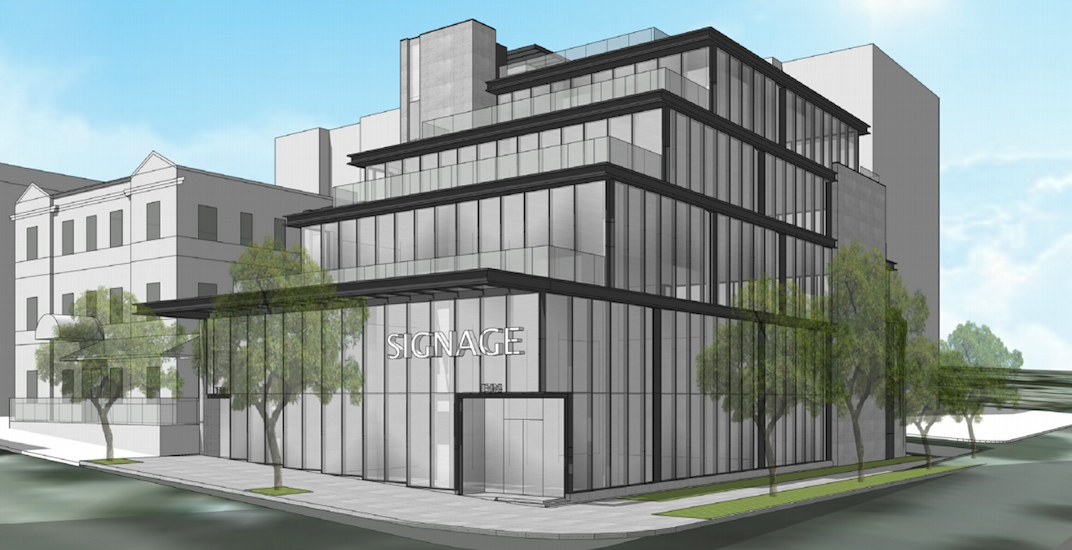 The site of the now-demolished Robsonstrasse Hotel & Suites at 1394 Robson Street is slated to become a modestly-sized commercial building.

Hong Kong-based Asia Standard Americas (ASA), which is also responsible for the Empire Landmark Hotel redevelopment, has submitted a development application to redevelop an 8,652-sq-ft lot at the southeast corner of the intersection of Robson Street and Broughton Street. 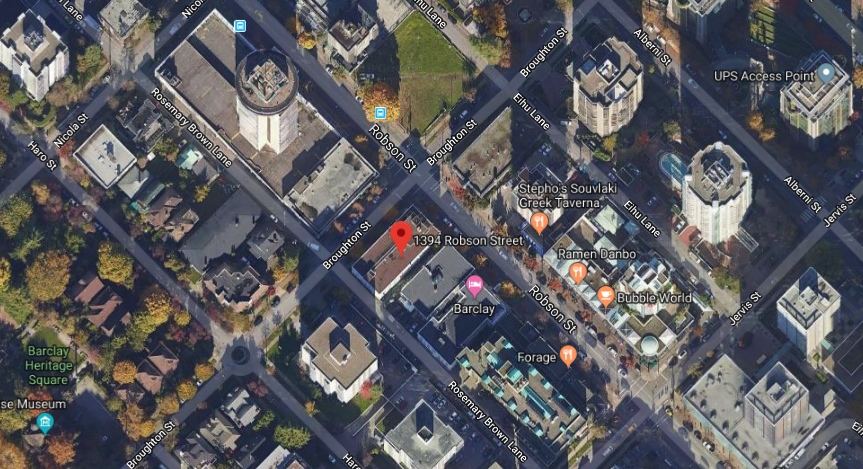 A design by local firm Musson Cattell Mackey Partnership Architects calls for a 65-ft-tall, six-storey commercial building with about 15,000-sq-ft of retail and restaurant space on the ground level and third level, and office space within the remaining floors.

Cascading outdoor terraces are proposed for each upper floor of the building’s Robson Street frontage, which also has a sidewalk setback to enhance the street’s public realm for pedestrians. 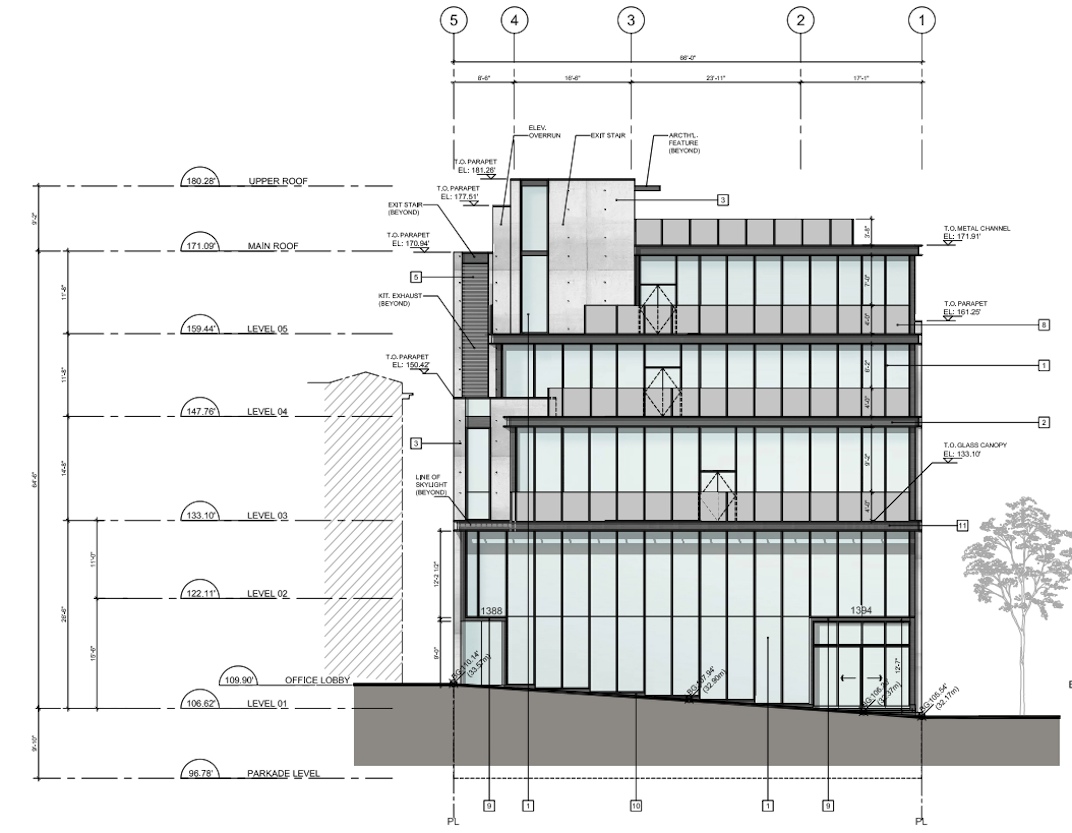 One underground level with 16 vehicle parking stalls, accessed from the laneway, is envisioned.

Altogether, the building will have a total floor area of about 25,000 sq. ft., giving it a floor space ratio density of 2.86 times the size of its lot. This design maximizes the allowable density permitted by the site’s existing zoning.

Subject to a rezoning application and view cone policies, the City’s West End Community Plan allows a building reaching up to 300 ft for this site.