The Province of Ontario confirms there have been 24 more COVID-19 related deaths and 243 new cases, as of Monday morning.

This marks the lowest count since March 29 when 211 cases were reported.

The number of new cases is a significant decrease compared to Sunday’s 415 and Saturday’s 455.

The increase in cases over the weekend was confirmed to be a delay in reporting from the laboratories to public health units.

A total of 2,450 people have died from coronavirus in Ontario, and there are 4,811 cases currently under investigation.

According to the Public Health Ontario Daily Epidemiologic Summary (iPHIS), there are 83 outbreaks in long-term care homes, with 1,575 resident deaths. Around 17% of cases in all of Ontario come from these facilities.

However, the Ministry of Long-Term Care Daily Report says there have been 78 outbreaks reported in long-term care homes with 1,720 resident deaths. 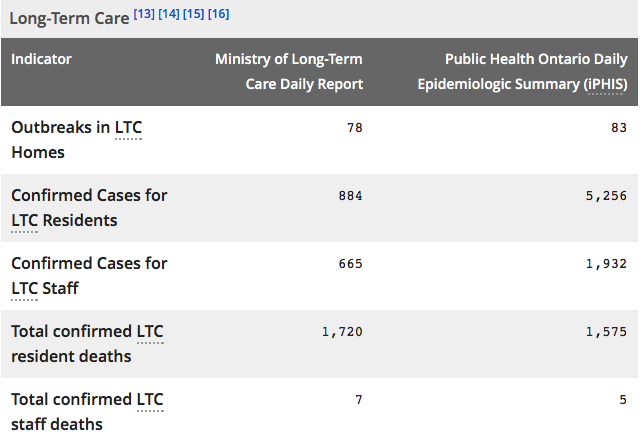 The Greater Toronto Area public health units account for more than half of the cases at 67.3%. 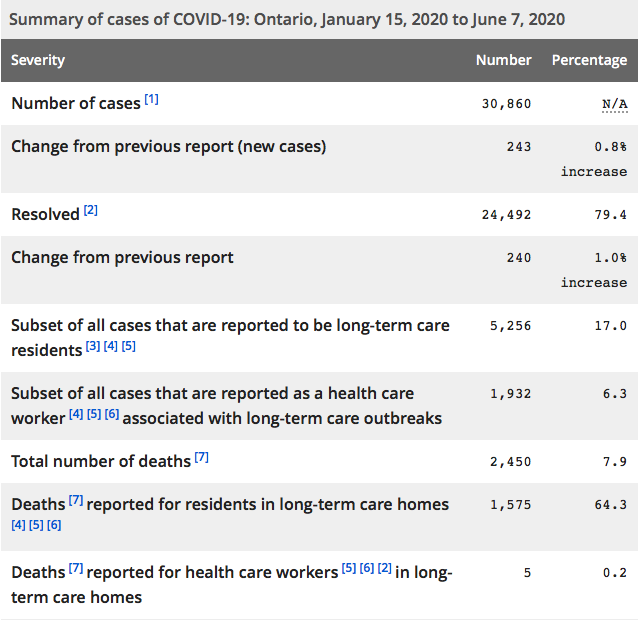 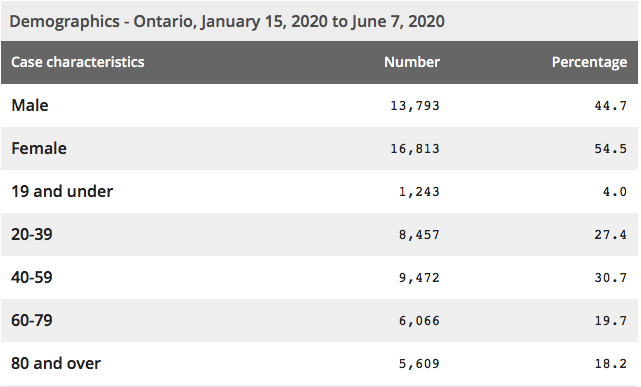