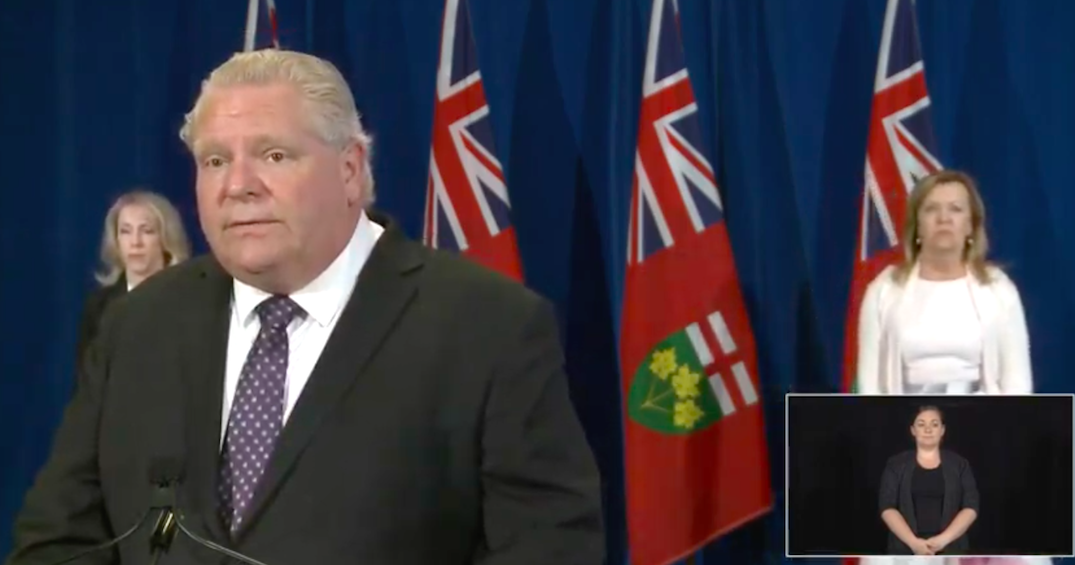 Ontario Premier Doug Ford said that the province will take over five more long-term care homes that he is “most concerned” about and will perform “rigorous inspections” of 13 more homes over the next three weeks.

On Wednesday, Ford said he will take “further steps to protect the most vulnerable.”

“We are taking over management of five additional homes that we are most concerned about.”

According to Ford, the province already took over two other long-term care homes before this announcement.

He added that in the face of the troubling accusations made in the Canadian Armed Forces (CAF) report, provided on Monday, the provincial government will use “every tool” in their disposal to address the issues — the CAF members have agreed to stay and care for the residents until June 12.

“We need eyes and ears in the homes we’re most worried about,” Ford said.

The premier said he will deploy six teams of two inspectors to each of the homes mentioned in the Canadian Armed Forces report, as well Camilla Care, to undertake an expanded investigation for two weeks.

Ford said that one of these inspectors will stay at the assigned home for the entire period of time to conduct in depth interviews with staff and residents, and review patients’ charts and records.

Also, over the next 21 days “rigorous inspections” will occur with 13 other homes who are having difficulties managing the COVID-19 outbreaks.

According to Ford, eight home inspections have already been completed.

The Ministry of Care will also be giving random checks to the most concerning long-term care facilities and even ones that are not facing serious problems.

Ford said he is fully prepared to take over more homes, and if needed, will shut own facilities and take away licenses.

“I will do whatever it takes for as long as it takes,” Ford said.

Ford’s government will also expedite the establishment of an independent commission into long-term care homes, now starting in July — the original start date was September 2020.

“This will be an open, transparent, independent commission to get to the bottom of this as quickly as possible,” Ford said.

He emphasized that it will be independent from the government, offering public hearings and reports will be made public.

“We will get answers. Our seniors deserve nothing less,” Ford said.

“We are talking about someone’s parents, grandparents, and someone who built this country and province, which is worth more than anything in the world.”

When asked about the firing or resignation of the Minister of Long-Term Care, Merrilee Fullerton, Ford said that he stands behind her “100%.”

He added that she is the most knowledgable person in Queen’s Park in this area of care.

“I count my blessings that I have her as my minister,” Ford said.

“The heads should have been rolling for decades here, and they weren’t rolling, that’s the problem.”

On Tuesday, Ford said the province is investigating after reports from military members helping in long-term care homes show “heartbreaking and horrific” concerns.

The Ontario government outlined key findings from the CAF’s report on the five long-term care homes at which the military has been assisting.

The report also indicated that these five homes are beginning to stabilize with the support of the armed forces.

“The reports are heartbreaking and horrific. It is shocking that this can happen in Canada,” said the premier on Wednesday.

Ford added that reading the reports was “gut wrenching” and the “hardest thing I’ve done as premier.”

The provincial government said they have launched a full investigation and results will be turned over to the police to see if criminal charges need to be made.