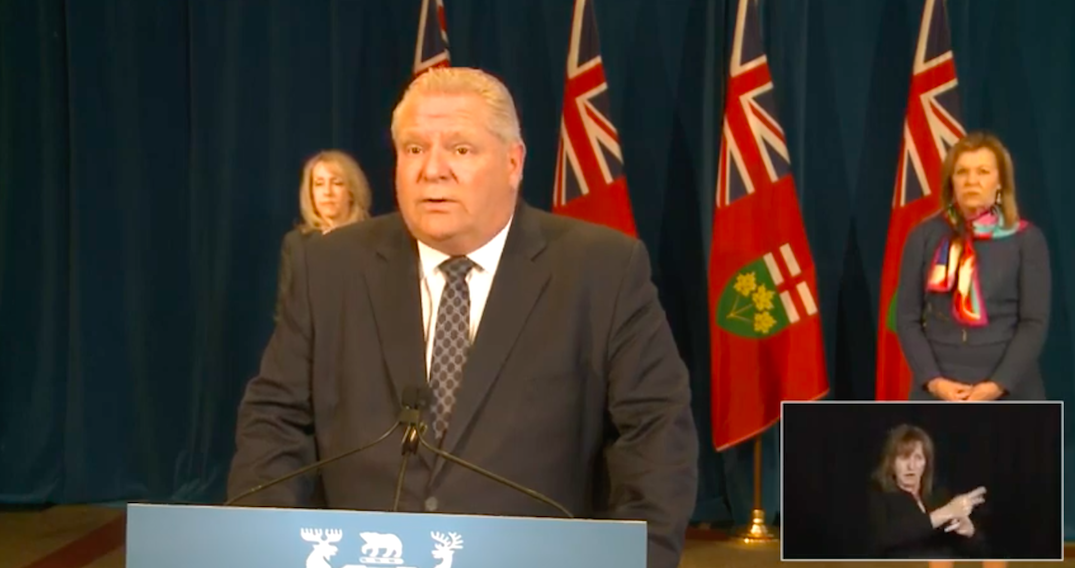 Premier Doug Ford called out some of the medical officers of health who are not “putting the work in” for COVID-19 lab testing.

On Tuesday, Ford said with the 34 medical officers in the province some are “far exceeding the numbers and others just aren’t even putting the work in as far as I can see.”

“I’m calling them out right now.”

The premier said that the Ontario government needs to hold them accountable and once the pandemic is over, the health data collection process needs to be reviewed.

Ford said they’ll look at the Alberta model as a guide to having a “centralized, standardized” system where one system can be held accountable, not 34 separate ones.

“I’m disappointed in some of them, I’m not going to mention names but they know who they are,” Ford said becoming visibly more upset during the conference.

“They need to pull up their socks and start doing testing. I don’t know what the big problem is, it’s frustrating as anything.”

The premier later said that testing in long-term care for residents and staff needs to be increased so that every single person in the facilities is being tested. The same needs to be done in retirement homes and for healthcare workers.

Ford’s statements contrast what he said on Monday, when he noted that the key trends in the cases are heading in the right direction, giving him the “confidence that we can head back to opening up the economy soon.”

On May 4, select seasonal businesses in Ontario were allowed to open up including garden centres with curbside pick-up and delivery, lawn centres and landscaping, expanded essential construction projects, self-serve car washes, and auto dealerships by appointment only.

Golf courses can also prepare for the upcoming season and marinas can service their boats and other watercraft, but both are not yet open to the public.