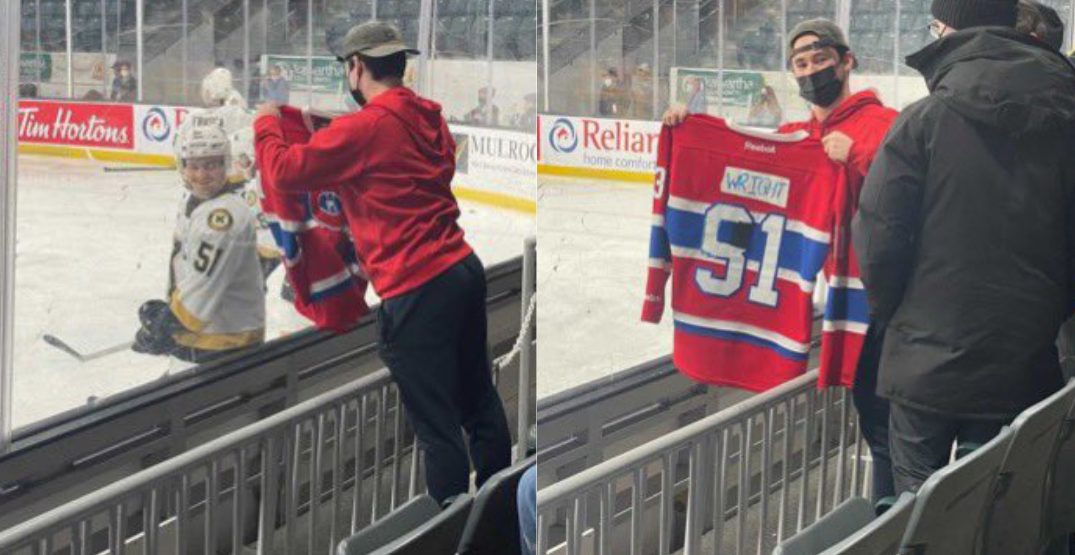 A lot has gone wrong for the Montreal Canadiens this season.

The Habs sit last in the Atlantic Division and Eastern Conference with just 15 points by way of a 6-19-3 record. They’ve fired their general manager, had an unceremonious jersey toss, and even a former player spoke out about the “shelf life” of playing in Montreal.

Things could go real right for the Canadiens soon.

As in, Shane Wright.

He was given an ‘A’ skater rating by Central Scouting, indicating his first-round status, and the Kingston Frontenacs forward tops Central Scouting’s list of North American skaters and is universally ranked as the No. 1 prospect for the selection process by independent resources.

So when he was asked at Canada’s National Junior Team Selection Camp on Thursday about whether or not he’d welcome playing for the Canadiens, the 17-year-old Wright didn’t shy away from a headline-grabber.

Wright could probably handle the pressure-cooker. He was named both OHL and CHL Rookie of the Year as an exceptional status talent in 2019-20, and captained Canada’s World Under-18 Championship team to gold last May.

He’s in line to lead Canada into the pressure-cooker at the World Juniors in Edmonton from December 26 to January 5.

Plus, he’s already seen what his Canadiens jersey would look like.

“It’s pretty funny,” he said. “I heard someone banging the glass behind me. I looked back and saw a ‘Wright 51’ jersey on a Habs jersey. It was pretty funny.”

“Pretty funny someone got a picture of that as well.”