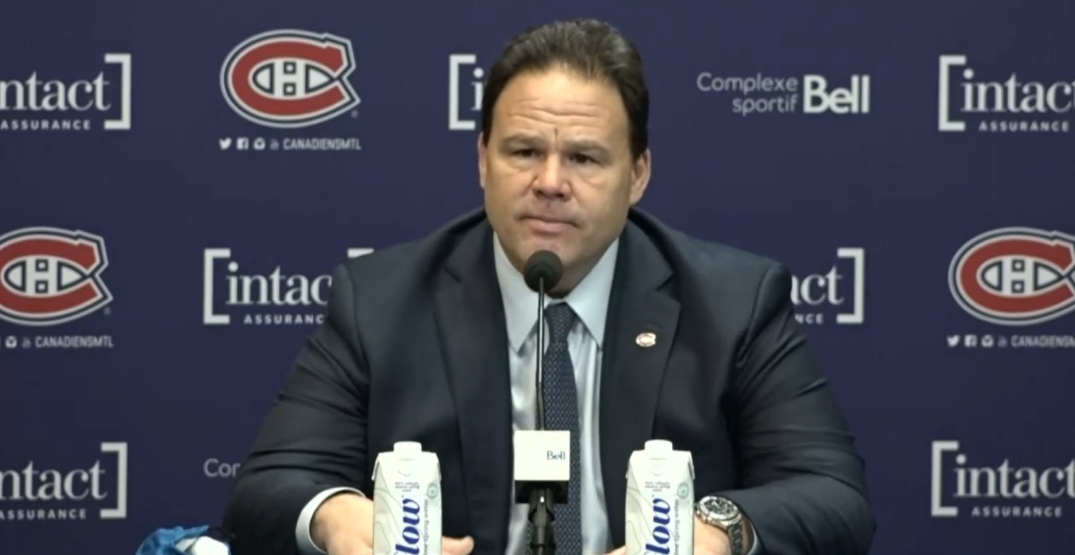 He opened with a statement in French to break the ice. While his pronunciation was far-from-perfect, the Massachusetts native asked media members to “be patient” with him. “I’m learning,” he said.

The former New York Ranger GM, who is tasked with finding a (bilingual) replacement for Marc Bergevin, gave fans and media a brief layout of his plans that include better player development and a heightened focus on analytics. “We need to build that out better. We need to modernize it. I believe in it.”

When asked about former Canadiens goalie Patrick Roy expressing interest in the vacant GM job, Gorton did not count him out. “I have a tremendous amount of respect for him for what he’s done in hockey, and I know he’s an emotional guy who speaks his mind,” he said. We’ll look at everyone.”

Still, Gorton says he has not yet made a list of candidates he’d like to interview for the job. “After Christmas” he said when asked for an approximate timeframe for the new hire.

The 53-year-old confirmed that newly appointed head coach Dominique Ducharme’s position was safe for the rest of the season.

He also addressed the possibility of a rebuild, something team owner Geoff Molson said he was “not afraid of” earlier this week. “If that’s what we decide we will be very transparent,” Gordon said. “I think as we move forward, we’re going to have to look at everything.”

Gorton was present at the Canadiens’ Thursday night home game against the Colorado Avalanche. It was their 19th loss in 25 games. near the end of the game, a fan threw a team hat and jersey onto the ice out of frustration. “You never want to see that happen,” said Gorton.

He will travel with the team to Nashville for Saturday night’s game against the Predators.