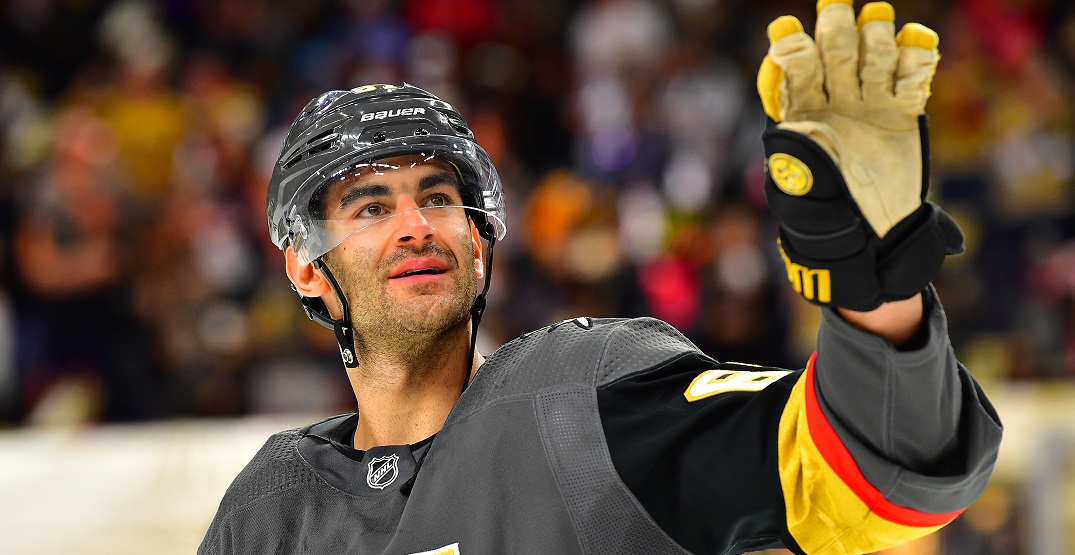 It’s been a little over three years since Max Pacioretty was traded away from the Montreal Canadiens.

In terms of Canadiens trades of the last decade, few were higher-profile than the Pacioretty swap for Nick Suzuki and Tomas Tatar.

Pacioretty spent 10 seasons as a member of the Canadiens, serving as captain for three years from 2016-18.

But, particularly during his final year in Montreal and the offseason that followed, trade rumours swirled around Pacioretty before he was traded to the Vegas Golden Knights in September 2018.

Pacioretty opened up about his time in Montreal on the Agent Provocateur podcast with his agent, Allan Walsh, and co-host Adam Wylde.

“Things could have shifted pretty negative for me, staying in Montreal there for a couple more years,” Pacioretty said on the show. “I’m so proud of what I accomplished there. I just feel like everyone has a shelf life there.”

The Canadiens got the better of Pacioretty and Vegas in last year’s postseason, beating the Golden Knights 4-1 to advance to the Stanley Cup Final. But that feels like a distant memory now, with the Canadiens sitting 29th in the NHL, while Vegas is fourth in the Pacific Division and in the midst of a tight playoff race.

Pacioretty said he was “stubborn” to admit that the media pressure of playing in Montreal affected him, but it eventually became “just so obvious” that the trade rumours were taking a toll on him.

“Everyone told me it: ex-players, current players, fans, everyone said: everyone has a shelf life here,” Pacioretty said. “[People told me to] enjoy [Montreal] while you’re here, but make sure that you don’t let it affect you too much because everyone seems to go out in a not-so-positive way.”

Pacioretty has put up 80 goals and 82 assists across 189 games since coming to Vegas. He said there’s a stark contrast in between his daily life as a member of the Golden Knights and what it was like playing for the Canadiens.

“You just go about your everyday life in such an easier manner,” Pacioretty said. “It really plays so much less of a toll on you, whether you’re a leader or a young guy. Even if you don’t read the media in Montreal, you know what’s being said.”

Pacioretty has played just four games this season due to a broken foot suffered in his second game of the year, but returned to action earlier this week.

“I was so used to coming to the rink after a loss, or two or three losses… and it’s the end of the world, and no one’s talking to each other. It’s just heavy,” he said. “You go out to dinner, and everyone’s complaining about the team and the traffic and the weather. And in Vegas, you can lose three in a row, and everyone’s still positive, [saying] ‘You’re here for a reason, we believe in you, and don’t worry, I know you’ll you’ll find your game.'”

The full interview is available below: