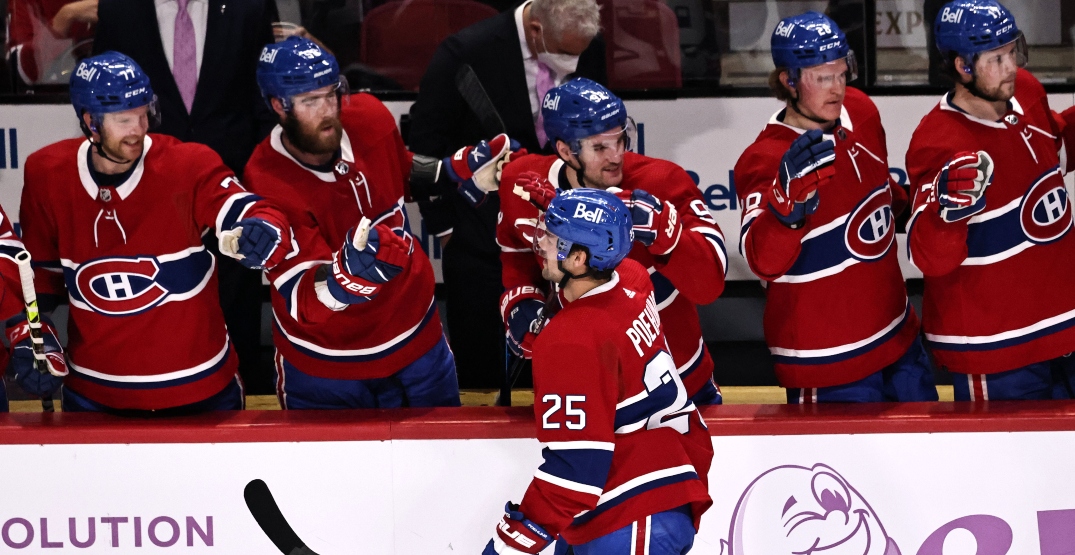 To say that the Montreal Canadiens have been terrible this year is a major understatement.

With only six wins in their first 25 games, any realistic hopes for a playoff appearance have pretty much diminished.

In the franchise’s 112 year history, it’s hard to point out a season that has had a more bitter start than the one we’re living through right now.

But as disappointment mounts and more empty seats appear throughout the Bell Centre, maybe it’s time to stop looking at this team as a contender and instead focus on some of the club’s positive strides forward.

While it’s easy to be pessimistic and cynical, — especially after a recent trip to the Stanley Cup Final — we will try to address some of the bright spots we’ve seen so far.

Here are five silver linings from a season we would already like to forget.

Suzuki starting to live up to his contract 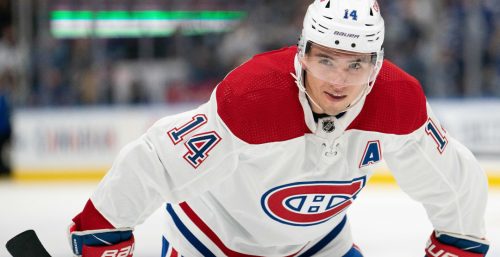 Back in October forward, Nick Suzuki agreed to a $63 million contract extension with the team. The decision to lock up Suzuki until the 2029-2030 season came after the Habs lost fellow prospect Jesperi Kotkaniemi to an offer sheet from the Carolina Hurricanes.

Since signing his new deal, Suzuki has put up 15 points in 25 games.

The 22-year-old centreman is obviously an essential part of the franchise’s future. Suzuki avoiding strenuous negotiations in the near future benefits both him and the organization. 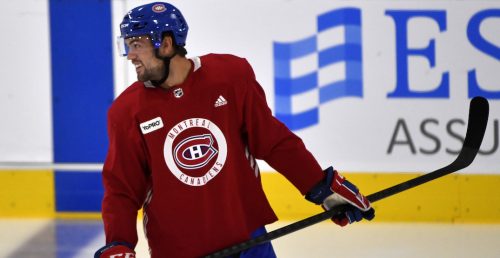 Ryan Poehling famously scored a hat-trick in his first NHL game in 2019. Unfortunately, he was unable to muster up enough offence to earn himself a permanent spot on the roster.

After spending the last two seasons with the Laval Rocket, Poehling has shown greater confidence and poise in his latest call-up with the Habs, scoring four goals in his last 11 NHL games.

Could he finally be here to stay? 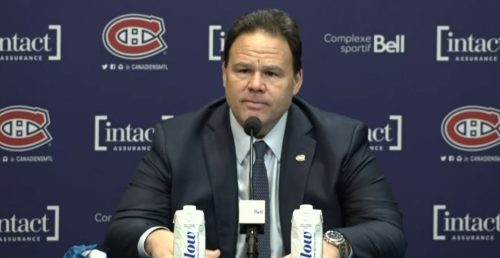 With team owner Geoff Molson calling for a “fresh start’ and publicly addressing a possible “rebuild,” this is the dawn of a new era in Montreal Canadiens history.

While fans and players may have a few painful years ahead, there seems to be a solid plan in place. 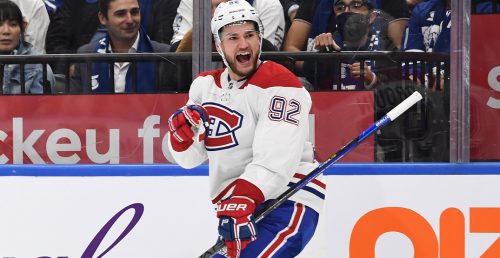 This year Jonathan Drouin’s returned to the lineup for the first time since taking a mental health leave back in April.

After speaking publicly about his personal struggles and encouraging others to get the help they need, the 26-year-old Quebec native has appeared to regain his energy and confidence levels on and off the ice. 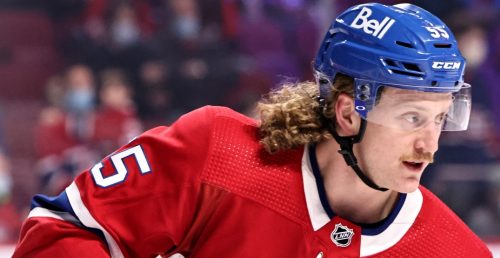 After Montreal selected him in the sixth round (160th overall) at the 2016 NHL Draft, nobody had very high hopes for Michael Pezzetta.

But after three seasons in the AHL, the hard-working bottom-sixer finally got his shot in the big league while the Habs were dealing with injuries.

On November 14, the 23-year-old scored his first NHL goal against the Boston Bruins. While the offence is not the grinder’s specialty, he’s been able to act as a spark plug for a struggling team, and that’s always appreciated, especially in a season like this one.

For what it’s worth, he also has one of the best flows in the league.