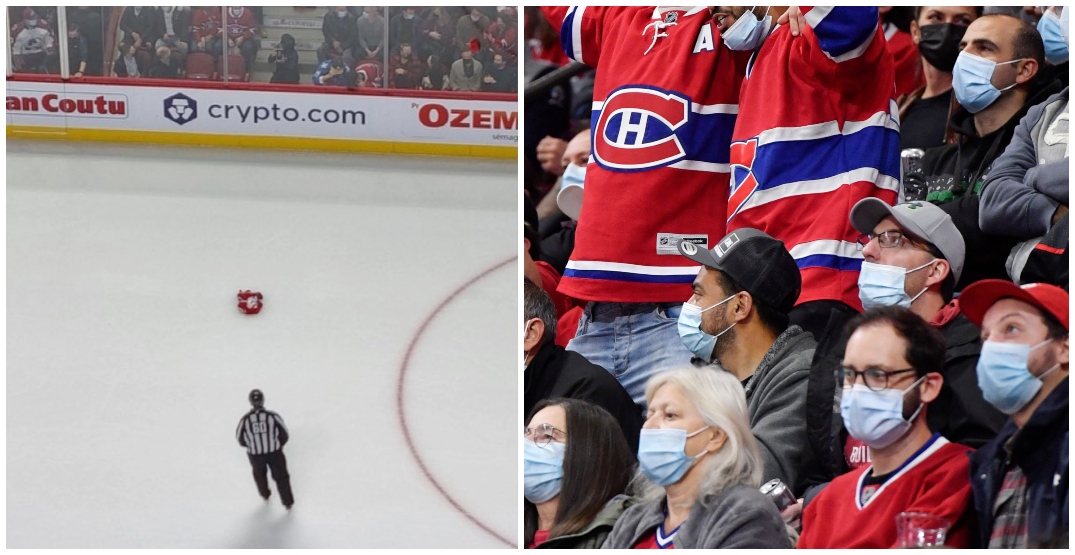 It was December 2, 1995, when Patrick Roy was famously pulled after allowing nine goals in a game between the Detroit Red Wings and Montreal Canadiens. As Forum fans mocked the all-star goalie, Roy famously stared down Montreal’s team president and announced that he had played his last game in Montreal.

He was traded to the Colorado Avalanche four days later.

Last night, exactly 26 years later, the Canadiens, who have won only six of their first 25 games, hosted the Avalanche, who ultimately handed them their 19th loss of the season.

A similar discouraging feeling came over the Bell Centre crowd as Roy’s former teams faced off two and half decades later. Many Habs fans, who have booed the team on multiple occasions this year, seemed to reach their breaking point.

One even pitched their team jersey and hat onto the ice. The gesture of frustration has since caused quite a stir in the fanbase, who, only six short months ago, watched their team compete in the Stanley Cup Final.

Many fans took to Twitter to voice their displeasure with the action, with one user even calling it “sacrilegious.”

Agree. I got no issues with voicing displeasure with this team’s performance but when you remove your jersey and throw it on the ice, it’s almost sacrilegious.

Why not wait until hearing from the new guy before acting like a jackass? And anyways, there is zero justification for throwing a jersey on the ice. You don’t want it anymore, donate it to charity.

My two cents to the fan who threw the #Habs jersey on the ice…get a life…or a new team.

I saw this over and over again with the Leafs ‘fans’ throwing their jerseys on the ice. We can’t let our fandom hit this low- While the price of jerseys may be the same for both, La Sainte Flannelle is a symbol of a culture of winning. Who did this is a moron.

1/ Why is everyone talking about one moron throwing a jersey on the ice. Teams’ successes are cyclical, meaning perhaps in a few season (or less), the Habs will be good, and this person will fork out 200$ for another jersey 🤷‍♂️