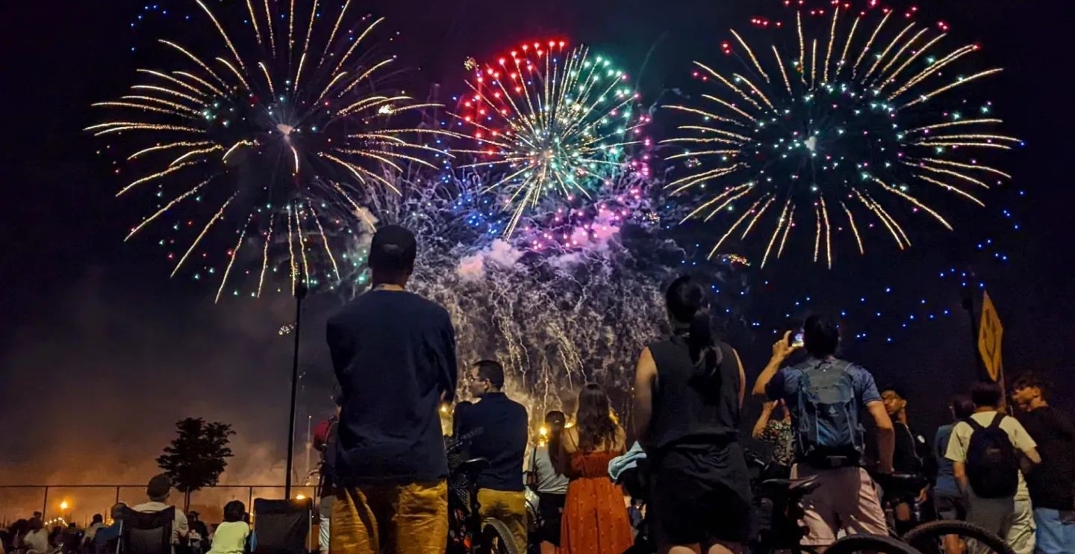 How about fusing a bit of Montreal heat with some skyward fireworks?

You might want to keep your head up in Montreal tonight as another spectacular fireworks show is taking over Old Port’s skies tonight.

Fireworks in Montreal are an absolute delight through the summer but don’t think the pyrotechnic show is reserved exclusively for weekends.

For the second time since the return of the L’International des Feux Loto-Québec, a mid-week show will take place across Montreal skies.

La Ronde says audiences can go on a “journey through its home country and enjoy a taste of La dolce vita.”

“The mesmerizing display of brilliant colours and movement are accompanied by a soundtrack that features traditional Italian songs such as O Sole Mio, classics such as Caruso, and an emotional rendition of La Vita E Bella by Andrea Boccelli, as a tribute to those forced to deal with the hardships of war,” says the amusement park.

Lieto Fireworks SRL is currently run by Ugo Lieto and his son, Antonio Lieto, who represents the third generation of the family at the helm of the Italian company. “Its exacting standards, passion and ability to combine tradition and modernity have made Fireworks Lieto SRL a leader in the pyrotechnics industry,” says La Ronde.

Future shows will pay tribute to Croatia and England before summing up the summer-long festival with “Finale des Étoiles Loto-Québec” in August.