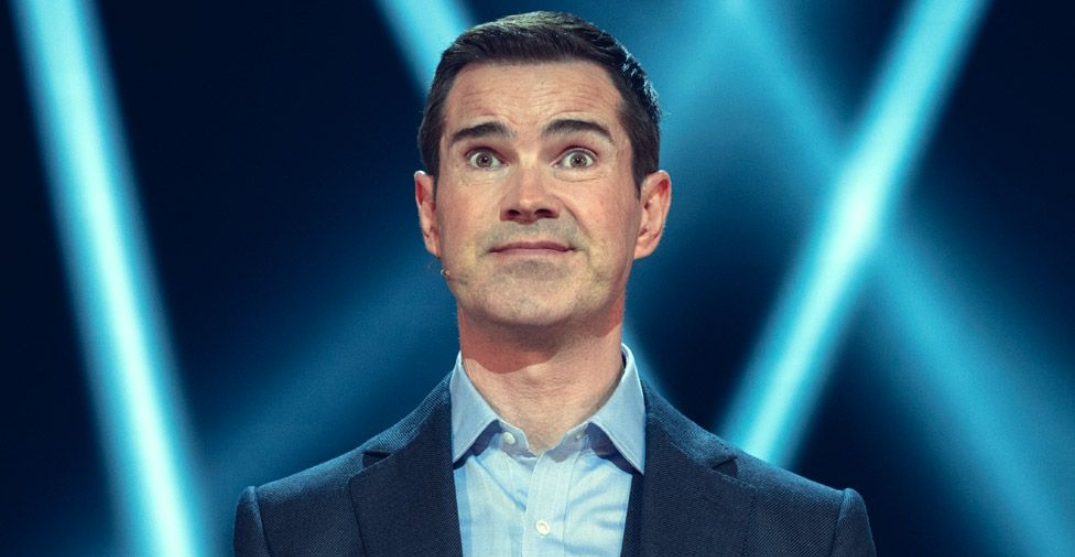 Let’s give Jimmy Car a key to the city.

The deadpan British comic is coming to Montreal’s Just For Laughs festival for what he thinks is the 15th time.

Montreal’s iconic comedy festival has returned to its former glory, it’s first in two years since the you-know-what.

Singing the city’s praises, Carr says he thinks Just For Laughs is an excuse to visit “one of the greatest cities in the world. Let’s face it,” he says, “it’s French food, American portions. That sums up Montreal right.”

The 49-year-old says Montreal is “a European city with somehow the hygiene of North America. It’s such a wonderful mix — the people are fantastic.”

Carr credits Montreal’s bilingual nature of the festival that adds “colour and life to the summertime” of the city. “And I think there’s something about the Canadian people as well.”

In terms of picking up some French during his nearly two-decades worth of Montreal trips, the Netflix comic says “absolutely not.”

“But that’s part of my British heritage,” he jokes. “Speaking French either very, very badly or just substituting with English spoken loudly.”

The comic, actor, and presenter – whose bombastic laugh is worth the price of admission alone — says he frequents Cadet, Boris Bistro, Joe Beef, and Olive et Gourmando during his time at the fest.

When asked if he splurges on Montreal’s poutine and bagels during his time here, Carr is spot on: “I mean obviously, I’ll go to La Banquise — I’m not an idiot.”

“My other half is from Toronto,” he says. “So I have to bring home an entire suitcase of bagels. I bring an extra one, fill it with Montreal bagels and then freeze them, so we can enjoy them for days. They are just better. I can’t understand why they’re not available like that in the UK.”

Carr has two shows during this year’s fest: Jimmy Carr: Terribly Funny 2.0 (tickets available online) on July 27 and he’ll be featured at the 40th Anniversary Gala on July 30, both at the timeless Place des Arts.

Carr — who says he watches “a lot of shows,” two or three a day while he’s here – says the return of a full-scale Just For Laughs is a “great and wonderful” thing for Montreal.

“Coming to Just For Laughs is like following a band,” he continues. “You can take a chance and see the lesser-known comedians and feel like you have skin in the game. It feels like we get comedians two years ahead of time in Montreal.”

Carr was the first UK comedian to sign a stand-up deal through streaming behemoth Netflix, back in 2015. He’s since released two specials on the platform, Funny Business (2016) and Best of Ultimate Gold Greatest Hits (2017). He says he saw the girls from Broad City (Abbi Jacobson and Ilana Glazer), Tiffany Haddish, and Bill Burr before they made it big.

“As a punter, I like going to shows. JFL is like summer camp for comics. It’s a business convention, we play around.”

In regards to the pandemic, Carr says he hasn’t been to Montreal in three years and he’s here to “make these motherf***ers laugh.” He says he wants his 75 minutes of stage time to be the best at the festival. “I won’t be but that’s the aim,” he says modestly. “I want to try my damnedest to make people laugh. You know that thing when you hear four jokes that all work within a minute? And you can’t catch your breath because you’re laughing too much? That’s what the goal is.”

Carr says we’ve all been in lockdown for two years and says someone in the audience is “going to really f***ing need” some laughter.

“Someone’s going to have had the diagnosis that week,” he continues on his motivation for being funny. “Someone’s going to be bereaved. Someone’s going to have lost their job or someone’s been broken up with. You know, those people in the room and they desperately need to laugh?” Carr says he’s holding the metaphorical conch — he’s the guy who has two hours to make people laugh. “And what? If you’re jet-lagged and tired and pissing and moaning about, oh, the car was late for the hotel or whatever the f*ck you’re moaning about as a comedian. Go, just go. Someone f*cking needs a laugh.”

Carr says after two years of being locked up, Montreal wants to feel part of a group and a tribe. A laughing one.

Quoting a scientific paper that says you’re seven times less likely to laugh when watching something funny on a screen, Carr says “There’s something about bringing people together.”

“There’s a critical mass, you come together, and you laugh together, and then you release all the endorphins, and that’s really what I am.”

He jokingly implied that he is a drug dealer. “Yeah, the drugs are already on you. You’ve got the drugs on you. I’m just trying to release them.”

As I chuckle and take notes on his analogy, Carr realizes: “You’re going to print that and I’m going to get stopped at customs.”

No stress Jimmy, that’s what the key to the city will be for.