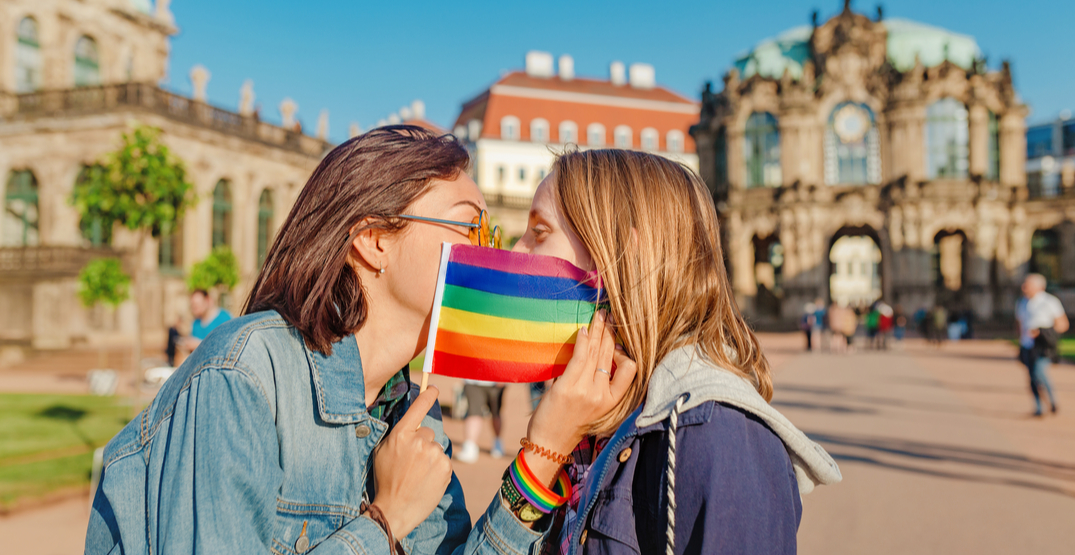 No matter where you’re from, what you look like, or who you love, we can all agree that travel is pretty awesome.

For many members of the LGBTQ+ community finding a place they like means they may choose to go back time and time again.

Unfortunately, the harsh reality is that not everywhere in the world is receptive and accepting towards the LGBTQ+ community.

Luckily, popular publication Travel Pulse has created a list of the Top LGBTQ destinations for 2020.

LA is known as a destination that is receptive to all, and the city is alive 24/7.

Whether you’re hiking to the Griffith Observatory or soaking up some rays at Venice Beach, the City of Angels is sure to tickle your fancy.

The iconic and picturesque island of Curaçao advertises itself as the most LGBTQ+-friendly island in the Caribbean with its idyllic beaches and laid back atmosphere.

The island is a perfect piece of paradise that many travellers journey to for some well-deserved rest and relaxation.

Curaçao’s Pride celebrations are taking place from September 22 to 27.

Vienna is rich with a dynamic history and legendary music scene.

The city comes alive in the evenings, and there are extensive options for activities, including dance clubs, exclusive LGBTQ+ events, and much more.

Vienna Pride and Rainbow Parade will take place June 1 to 14.

The understated but scenic city of Baltimore, Maryland, captured the number four spot with its vast selection of restaurants, fascinated museums, and exciting blend of being an urban as well as nautical hub.

Baltimore Pride will be taking place from June 19 to 21.

Often overshadowed by its sister city Sydney, Melbourne has frequently been dubbed the cultural capital of Australia.

The city hosts a plethora of museums as well as a diverse and extensive food culture.

Visitors can get lost wandering the various exhibits, searching out the perfect place for a bite, and wandering one of the many shopping districts.

Vegas has taken on many shapes and forms over the years.

However, it has long been a fun and exciting destination for LGBTQ+ travellers.

There are countless things to do in Sin City: take in a Celine Dion concert, soak up some sun by the pool at one of the many resorts, or simply walk and people-watch on the infamous Vegas Strip.

LGBTQ+ travellers have been journeying to Bangkok for years, and it seems as though that trend won’t be stopping any time soon.

The culture is very open and tolerant towards the community, and the city itself is overflowing with activities and attractions, not to mention the fantastic food and very favourable exchange rate.

It is fair to say that some countries do not have the best track record when it comes to the LGBTQ+ community.

Some queer travel companies, including Out Adventures, plan trips to African countries like Kenya that may put travellers at ease and make them feel safer with those attending sharing positive experiences regarding their journey, says Travel Pulse.

Hopefully, this is an indicator of the country becoming more tolerant and accepting of the community.

Tulsa is perhaps most well-known for its art deco architecture.

The city is also home to a vibrant art scene and host to a large selection of delectable restaurants.

Additionally, it contains the Gathering Place, an impressive $456 million city park where patrons can relax, get some exercise, or explore.

Tulsa Pride will be held on June 5.

Winnipeg is home to the Canadian Museum for Human Rights, an impressive example of exquisite architecture that is also the first museum wholly dedicated to the progression, celebration, and planning for human rights.

It may get chilly once winter comes around, but there is something for everyone at any time of the year in this dynamic capital of Manitoba.

Pride Winnipeg will be happening May 22 to 31.

The stunning beaches and warm sun have been enticing LGBTQ+ travellers to visit Cancun for years, and many couples choose to come back year after year to visit their favourite spots.

The flight prices are low from departure points within North America, and the climate provides an excellent way to escape the winter season.

Same-sex marriage is also legal, making it a fun location for a destination wedding.

Calling all carb lovers. If you like beer, bread, and Bavarian culture, Munich is the city for you.

Munich is home to a variety of LGBTQ+-owned and -operated bars and restaurants and is conveniently located near the stunning Bavarian Alps.

The city has been popularized for its massive Oktoberfest festival and abundance of beer halls, including Hofbräuhaus, which was founded nearly 500 years ago.

Taking one of the most progressive stances in the southern United States, Atlanta has become a major hub for the LGBTQ+ community.

So much so, that it was selected to host the IGLTA Convention in 2021.

The city is also the home base of the Fab Five in season one of Netflix’s massive hit Queer Eye.

The city hosts an abundance of nightclubs and bars catering to the LGBTQ+ community as well as various other attractions.

Atlanta will be hosting its 50th annual Pride celebration and parade in October 2020.

Uruguay provides an ideal tropical escape and has grown in popularity amongst LGBTQ+ travellers.

Take a long romantic walk down one of the gorgeous white-sand beaches or explore the fantastic colonial architecture of the Ciudad Vieja.

Uruguay offers an ideal paradise to soak up the sun and melt away your worries.

Located on the northern tip of Cape Cod along the eastern coast of the United States, Provincetown is a peaceful and quaint place to visit.

The town’s Family Week, which will take place from July 25 to August 1, is said to be the “the largest annual gathering of lesbian, gay, bisexual, transgender and queer-identified families in the world.”

The seaside town is beautiful in its simplicity.

The city is growing popular amongst LGBTQ+ travellers, with many journeying to the Doyamacho area, which hosts an abundance of lesbian bars, gay nightclubs, captivating drag performances, and more.

“This is how they made me. Houston, Texas, baby!”

LGBTQ+ visitors can sing loud and proud to Queen Bey herself while visiting this southern US city.

Many travellers may flock to the Monstrose gaybourhood, which is a popular attraction for people all over.

Houston Pride will likely take place around the fourth Saturday in June.

Costa Rica legalized gay marriage back in May 2019.

Since then, it has become a popular vacation destination for LGBTQ+ travellers.

With its relaxing, sandy beaches and extensive rainforests, there are ample natural wonders for visitors to behold.

The capital city of the state, Columbus, is very interconnected with its network of trails on either side of the Scioto River.

It may come as a surprise to some that Columbus is home to one of the US’s largest Pride celebrations with a record crowd of an estimated 500,000 people attending the event in 2019.

The city presents an ideal balance between nature and an urban metropolis, with 16 parks spread across 550 square-kilometres.

Not to mention, it’s the home of Bilbo Baggins.

New Zealand has been a desirable travel destination in the LGBTQ+ community for years due to its embracing, open-minded community as well as an abundance of sprawling natural beauty.

The possibilities for activities on this gorgeous island nation are endless.

Madrid is an eclectic and vibrant city that is home to more than one gay villiage.

The city hosted World Pride back in 2017, so it is no stretch that it was put on the list of top LGBTQ+ travel destinations for 2020.

Widely known for its lively party scene, Madrid is also full of culture being home to the famous Museo Nacional del Prado.

Madrid Pride is scheduled for July 1 to 5.

Seattle is a modern and progressive city where LGBTQ+ couples are free and proud to express who they are for the world to see.

Capitol Hill has been the hub for Seattle’s queer community for years. However, the entire city is a safe space.

Cruise through the many unique and funky bars and clubs or pay a visit to the famous Pike Place Market.

Seattle is full to the brim with places to visit.

The city’s PrideFest celebration is planned to take place on June 27.

The city of love lives up to its name as one of the most popular LGBTQ+ travel destinations.

Paris is well-renowned for its romantic atmosphere and decadent selection of foods, wines, and abundance of culture.

The centrally located Marais gay district is a popular destination for queer travellers, but the entire city is a playground of possibilities.

The city hosted the Gay Games back in 2018, and Paris Gay Pride will be held on June 27.

The capital of Colombia, Bogotá, is overflowing with history.

La Candelaria, the famed centre of the city, is the perfect place to wander through with its cobbled streets and traditional architecture.

Visitors looking to indulge in the captivating nightlife can venture to the Theatrón nightclub, which is said to be the largest gay bar in all of Latin America.

There is a massive LGBTQ+ population in Vancouver, and the community has contributed significantly to the identity of the city as a whole.

From the beautiful peaks of the Rockies to the Stanley Park sea wall, there is so much for travellers to see when visiting this beautiful city on the western coast of Canada.

Vancouver is a very inviting all around. However, most LGBTQ+ visitors will flock to the West End and Davie Village, which proudly displays an abundance of pride flags and rainbow crosswalks.