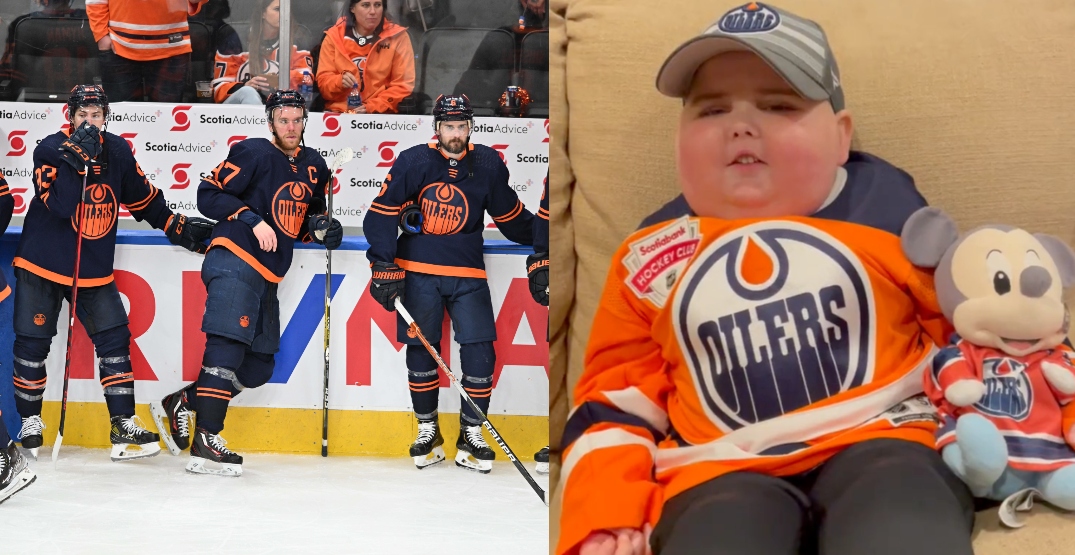 Six-year-old Edmonton Oilers superfan Ben Stelter left his favourite NHL team a special message after they were bested by their opponent in the Western Conference Final.

Ben wanted to make a video for the @EdmontonOilers last night. Good try Oilers, we’ll get em next year! This was so much fun! Thank you for all of the love for Ben! To us, this is the best franchise in sports with a great group of guys and girls on and off the ice! #Yeg pic.twitter.com/7kC92FBC26

Ben, who was in attendance for Edmonton’s 6-5 overtime loss in Game 4 against the Colorado Avalanche that swept the Oilers from the 2022 Stanley Cup Playoffs, captured the hearts of the team and city with his love for the Oilers amidst a battle with glioblastoma — a type of brain cancer.

He was diagnosed with the tumour over one year ago and underwent four rounds of chemotherapy and 30 radiation treatment sessions to remove it, but the tumour returned before Christmas, prompting him to continue his battle with additional rounds of radiation.

Ben was introduced to Oil Country when he was a special Scotiabank Skater in advance of Edmonton’s 5-2 win against the San Jose Sharks back on March 25, and Upper Deck produced a special hockey card of Ben with McDavid.

He and his family were shown on the jumbotron during Game 3 on Saturday night, receiving a standing ovation from the crowd. He has even been included in the pump video for the team, with an audio clip of Ben saying “Play La Bamba Baby” being broadcast before the team hits the ice.

He was the team’s good luck charm, too.

The Oilers had been 10-0 at Rogers Place with Ben in attendance prior to setbacks in Game 3 and 4 against the Avalanche that led to the team’s elimination from the playoffs.

“I had the opportunity to meet Ben earlier this year and just fell in love with him right away,” McDavid said in late March. “He lights up every room he’s in.”