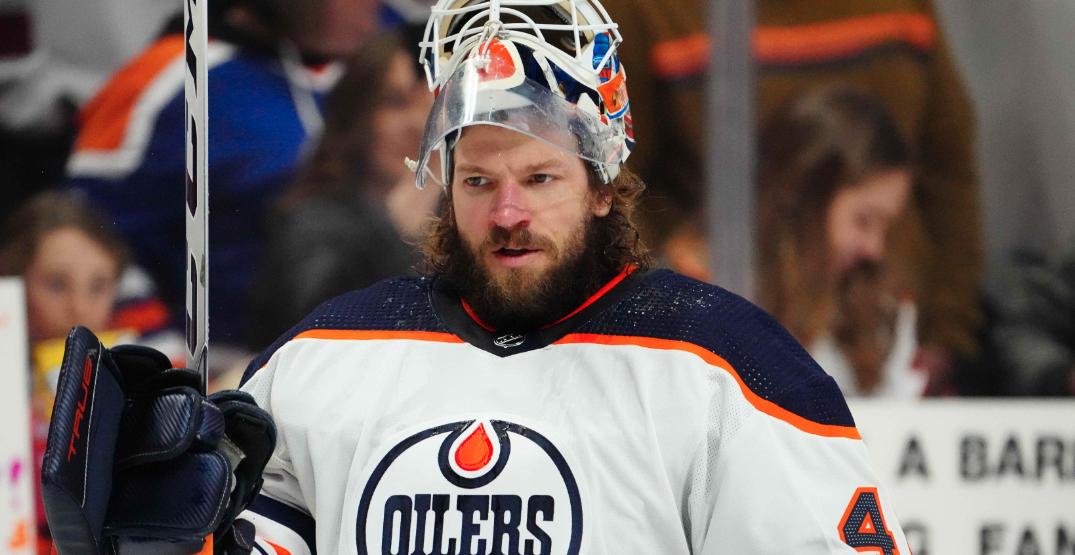 Less than 24 hours after his season ended with an overtime loss in Game 4 of the Western Conference Final, Edmonton Oilers goaltender Mike Smith said he was uncertain about what his future holds.

“It’s too early to tell,” said Smith, who also brushed away a report that he was considering retirement.

“To look ahead now after you just get ousted out of the Conference Finals, it’s hard to see where you’re going to be in the next two days, let alone four months from now. I think there’s a lot of things to deal with mentally and physically. That doesn’t have to be decided in the next three minutes.”

He offered no assurances he could return to form again in the fall.

“I have no idea at this point,” Smith said. “It’s been a grind for sure. I’m not getting any younger. I don’t know where I’m going to be at, but I know it was a lot more difficult this year than in years past, but I don’t know at this point.”

Still, Smith sounded anything but certain about what his future holds after an injury-riddled season he referenced again as a “grind” and “challenging.”

“Obviously looking back on it in the brief time I’ve had to decompress, I guess, challenging at times,” he said. “Some good things, obviously. But a grind. A grind of a season. Fun to make the playoffs and go on a run like we did, but playing through injuries for the majority of the season is not easy. I don’t know where I’m going to be four months from now, but I’ve got a lot of stuff to deal with.”

He rebounded through the balance of the regular season, becoming just the second goalie in NHL history alongside Jacques Plante to net a nine-game winning streak at age 40 or older. Smith also put together a 1.66 goals-against average and .951 save percentage with two shutouts in the run — coming just before the playoffs.

Smith started all 16 games for the Oilers in the playoffs, allowing four or more goals six times, and two or fewer on five occasions. He was sixth in save percentage among goalies with six or more starts in the postseason.

That performance followed a regular season that saw Smith post a 2.81 goals-against average and .915 save percentage.

He’s got a 299-263-78 record with a 2.70 goals-against average and .912 save percentage over 670 career NHL games with the Oilers, Calgary Flames, Arizona Coyotes, Tampa Bay Lightning, and Dallas Stars.

He’s ninth all-time in playoff save percentage among goalies with 45 or more games played with a .924 mark.

“I’ve enjoyed the ride, for sure,” Smith said. “It’s been a heck of a ride. There’s been ups and downs as there are every year. It’s been an emotional and physical and mental grind. It is. The letdown today is real life.

“When you’re in it, you’re so focused… you’re trying to drown out all the excess noise and distractions to give yourselves the best chance to play at a high level and as a goalie give your team a chance to win hockey games. When you come up short it’s very disappointing, especially as you get older and you realize your chances are getting narrower and narrower to accomplish that ultimate goal.

“There’s definitely an empty feeling today, for sure.”