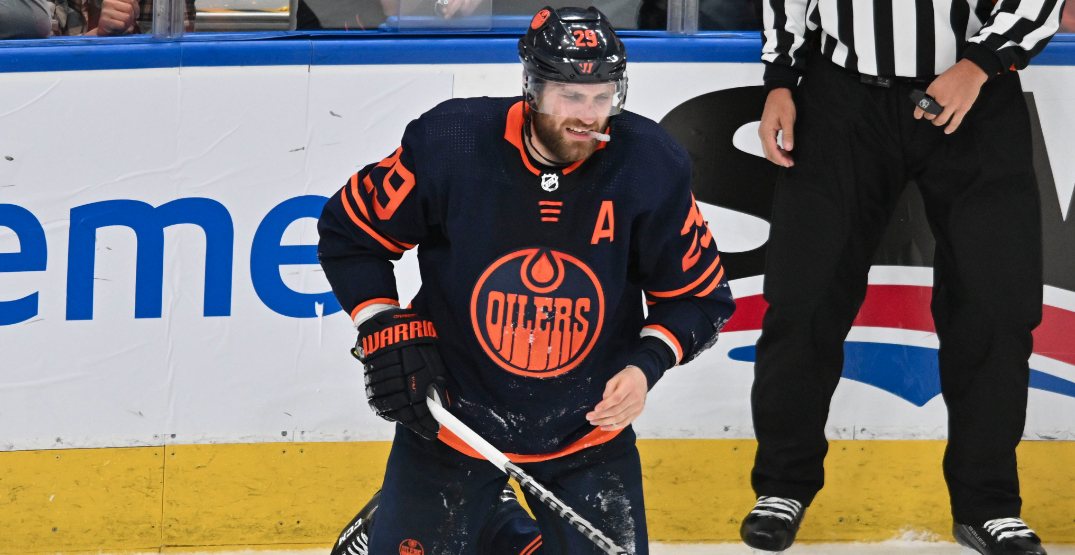 Even after being eliminated, Edmonton Oilers forward Leon Draisaitl still wouldn’t talk about an injury he admirably gutted out throughout the Stanley Cup Playoffs.

That’s okay, his teammates more than painted the picture.

Draisaitl was asked the question in a season-ending media availability Tuesday, but declined to reveal what ailed him through parts of three rounds of the 2022 playoffs after sustaining a lower-body injury against the Los Angeles Kings almost a month ago.

“I’m sure everyone saw the video, the clip of what happened,” Draisaitl said in a comment that doubled-down on a post-game query after Game 4’s eliminating loss to the Colorado Avalanche. “I’m sure you can figure out what type of injury it was by watching the clip.”

Frank Seravalli of Daily Faceoff reported in mid-May that Draisaitl was dealing with a high ankle sprain, apparently sustained in Game 6 in the opening round against the Los Angeles Kings.

“There are lots of guys who play through things,” Draisaitl said Monday after the loss.

Teammates, however, weren’t as shy to talk about Draisaitl on Tuesday, calling him a “warrior” for his efforts in helping lift the team to the third round for the first time since 2006.

“Absolute warrior,” goaltender Mike Smith said. “To have one of your top players, one of the best players in the league, have an injury as severe as he did and to play as well as he did and battle through… everyone knows the skill level he has but to compete through an injury as severe as he has is obviously something that is special and he deserves a lot of credit for pushing through.”

It’s hard to imagine the kind of damage a healthy Draisaitl would’ve done in the playoffs given the results he managed to piece together through five weeks of work.

Draisaitl, who finished with 32 points (seven goals, 25 assists), had seven games of three or more points, became just the second player in NHL history to register as many in a single playoff year. That joins Wayne Gretzky, who accomplished the feat in 1985, 1988, and 1993.

He also ranked seventh all-time for most points prior to the start of a Stanley Cup Final.

Draisaitl became the first player in NHL history with three or more points in four straight playoff games earlier in the playoffs, and also set an NHL record for most consecutive multi-assist games with six straight.

He had assists in nine games of the playoffs, tying an Oilers record set by Glenn Anderson for longest such streak.

Overall, his 25 assists makes him just the sixth different player in NHL history to post as many helpers in a single postseason.

“He’s a warrior,” Edmonton forward Ryan MacLeod said of Draisaitl, who was held without a point in just three of 16 games in the 2022 playoffs.

“He’s battling through a tough ankle injury. You obviously don’t want to see anyone hurt but I think he was doing fantastic for us for what he could. He was the driver of the bus for us the whole season and the playoffs. It’s really motivating and kind of made everyone push a little bit harder of how much he was battling every night.”