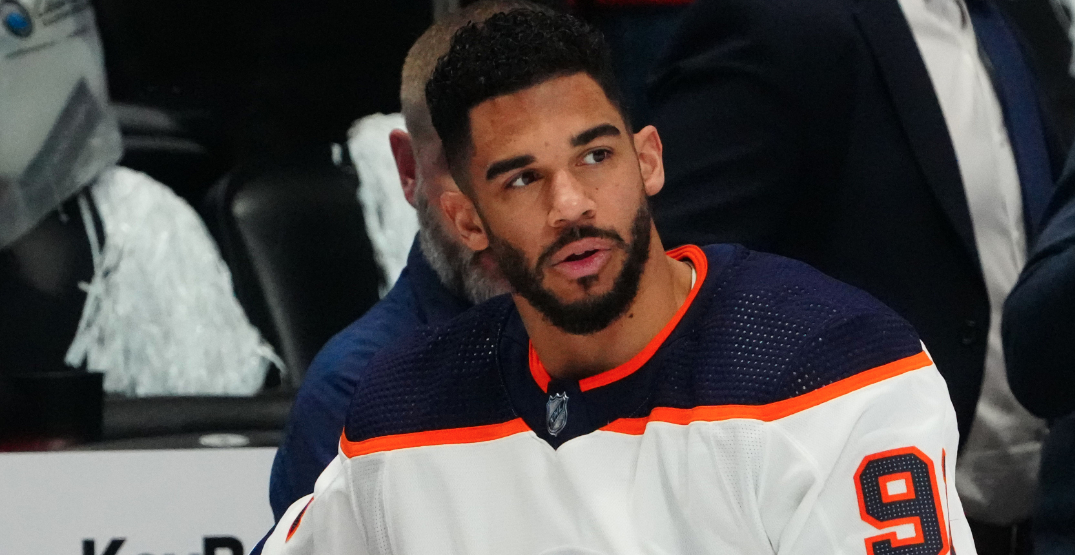 The Edmonton Oilers have made an effort to re-sign pending unrestricted free agent Evander Kane.

The Oilers have reportedly offered Kane, who had 39 points (22 goals, 17 assists) in 43 regular-season games and 13 goals in 15 games in the Stanley Cup Playoffs, a three-year contract with an annual average value of $4.75 million.

The Oilers also granted Kane permission to explore his potential options early, allowing the winger permission to speak to other teams in advance of free agency opening on Wednesday, according to the Associated Press.

Kane signed with the Oilers in January after the balance of his seven-year, $49 million contract was terminated by the San Jose Sharks for violating COVID-19 protocols. He has since filed a grievance through the National Hockey League Player’s Association, though it won’t be concluded prior to the opening of free agency.

The Oilers have expressed continual interest in bringing back Kane, who flourished on the wing with centre Connor McDavid.

The Oilers have since freed up more than $8 million in additional cap space since Holland’s comments. They traded forward Zack Kassian to the Arizona Coyotes and veteran defenceman Duncan Keith retired.

It puts them in a better position to afford Kane’s ask, which was reportedly north of $7 million last month.

“Going forward, that number to me certainly has at least a seven, if not an eight on it for sure, just based on what Evander Kane has meant to that team, his production, and the X-factor that he is,” Weekes said on Tim & Friends in June. “Not only can he beat you on the scoresheet, you look at where he ranks in terms of goals. It’s an incredible performance that he had in regular and postseason.

Free agency opens at 10 am MT.