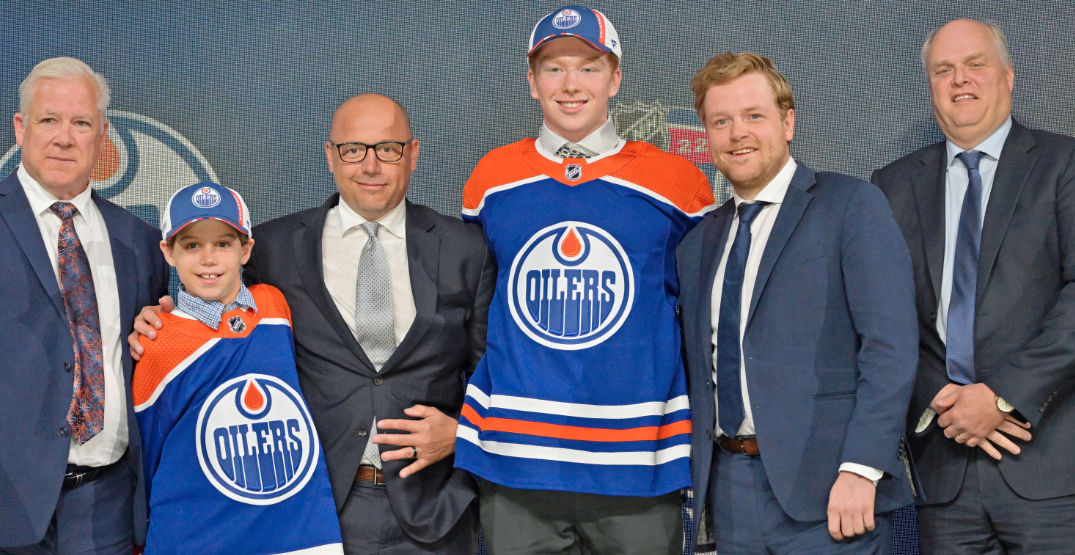 Tyler Wright and the rest of the Edmonton Oilers scouting staff can kick up their feet and relax.

For a couple weeks, anyway.

Here’s what to know about the new Oilers prospects.

Schaefer, ranked 31st among North American skaters by NHL Central Scouting, tied for ninth in rookie scoring in the WHL with 58 points (32 goals, 26 assists) in 66 games played for the Thunderbirds. The 6’3, 213-pound winger is a budding power forward who can touch a lot of different elements of a game. He has good vision and touch with the puck, and loves to play a hard, physical game.

“There aren’t many players in this class who can shoot as well as he does,” independent scouting outlet FCHockey wrote in its 2022 NHL Draft Guide. “He is great on the cycle, using his body to shield the puck from defenders and create time for himself, and is happy to fight and grind in those kinds of situations. He has a real nose for the net and has the knack for finishing up plays in tight.

Jonsson, who was taken in the fifth round (No. 158), was unranked by Central Scouting and each independent scouting outlet but is an imposing 6’5, 201-pound goaltender who won nine of 29 decisions with Brynas in J20 Nationell this season, posting a 3.25 goals-against average and .883 save percentage. The 18-year-old is a long-term netminding project for the Oilers.

“Big goalie. He had a real good year in Brynas,” Wright told media in Montreal post-draft. “[He] is going to move to play in Rogle for the following year. We had him kind of targeted there. It’s another goaltender we get in the system and try to develop.”

Yevseyev, selected in the sixth round (No. 190), had five points (two goals, three assists) in 37 games with Bars Kazan in the VHL — Russian’s second division men’s league, and seven points (one goal, six assists) in 14 games in MHL — Russia’s junior circuit. The 6’1, 187-pound blueliner was ranked 80th amongst European skaters by NHL Central Scouting and 175th overall by independent scouting outlet McKeens.

Maatta is a Finnish-born centre with great size at 6’2 and 201 pounds and is one of the more mature players in the 2022 draft at 20 years of age. The forward had six points (three goals, three assists) in 32 games with the University of Vermont in 2021-22 after amassing 20 points (nine goals, 11 assists) in 52 games with the Sioux City Musketeers of the United States Hockey League last season.

“He played at the World Juniors and had a couple goals early and we were kind of on him before that,” Wright said. “I was hoping, not in a negative way, but we wanted to keep him pushed back a little bit. We knew we didn’t have a ton of picks…another 6-foot-2, 6-foot-3 body…another guy that’s good on faceoffs, penalty kill, goes to the net. We’re happy with him, for sure.”

In addition to Schaefer, the trio of prospects will join a prospect pool that already boasts the likes of Dylan Holloway, Philip Broberg, Carter Savoie, Raphael Lavoie, and Xavier Bourgault.