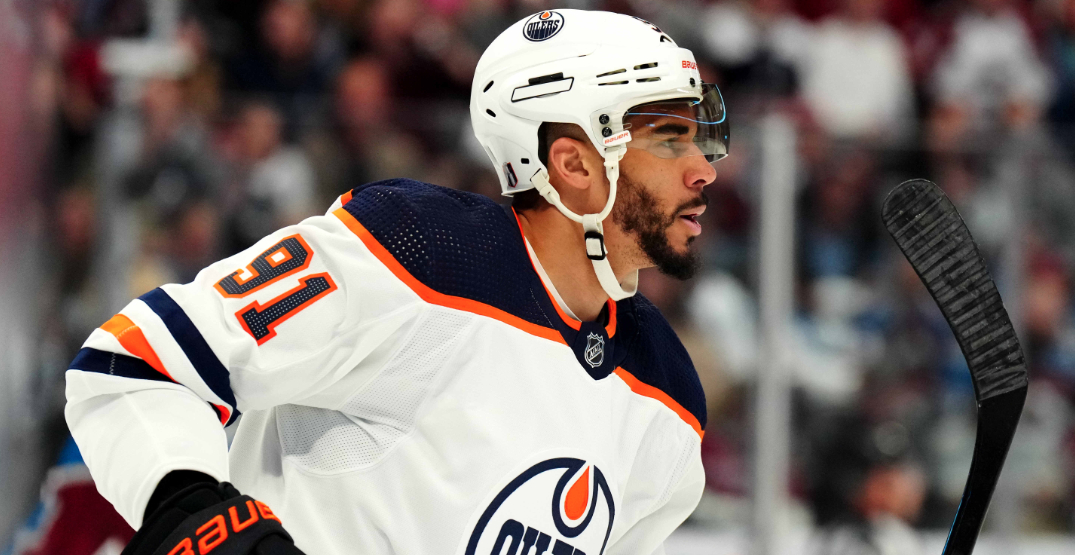 Edmonton Oilers general manager Ken Holland hasn’t given up hope that he can bring back Evander Kane.

“Certainly the hope is to bring Evander back, but there’s this situation, there’s the cap, certainly Evander and his agent, their wants and needs,” Holland said Wednesday. “Hopefully everything lines up that we can bring him back.”

Complicating matters is Edmonton’s cap situation and the fact Kane and the NHLPA have a pending grievance against the Sharks for his contract termination, which saw the abrupt end to his seven-year, $49 million contract in just his fourth season. He could lose almost $23 million as a result of an alleged breach of COVID-19 protocols.

The breach, with the San Jose Barracuda of the American Hockey League, did not result in NHL discipline.

The grievance is not expected to be resolved in time for the start of free agency, set for July 13.

“I don’t really have an answer for you because it’s sort of uncharted waters,” Holland said. “I’m trying to gather as much information as I can. Obviously, Bob Nicholson was at the Board of Governors meetings. I know Bill Daly addressed the Board of Governors. I’ve had multiple talks with Dan Milstein.”

Kane is rumoured to expect in the neighbourhood of $7 million to return to the Oilers. Edmonton has roughly $7 million in cap space this offseason with seven players to sign.

He had 39 points (22 goals, 17 assists) in 43 regular-season games with the Oilers, and scored 13 goals in 15 games to help push Edmonton into the Western Conference Final.