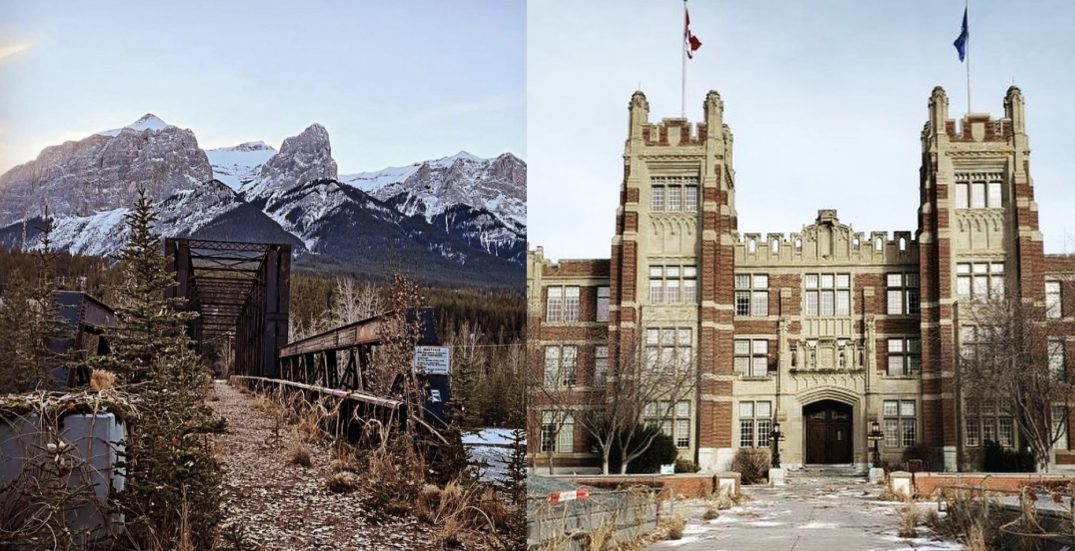 You might have noticed that parts of Alberta have been turned into a post-apocalyptic wasteland lately, but not to worry: the zombies aren’t invading (yet); it’s just the magic of film.

Upcoming HBO series The Last of Us has been spotted shooting in various locations across the province, including Calgary and Edmonton.

The Last of Us is based on a 2013 video game of the same name, and it follows the journey of Joel, a smuggler tasked with escorting teenager Ellie across the post-apocalyptic United States. What starts as a small job becomes a difficult trek, as the pair travels across the US and must depend on each other for survival.

Even if it’s not their usual “thing,” Albertans might find themselves watching The Last of Us when it’s released, just to see if they can spot familiar locations in the show.

Here’s everything you need to know about the upcoming series.

The cast of The Last of Us is made up of a few big names, including actors you might recognize from another HBO show: Game of Thrones.

Joel Miller will be played by Pedro Pascal, known for his role as Oberyn Martell in GoT, along with parts in Buffy the Vampire Slayer, Law & Order, Without a Trace, The Good Wife, Homeland, Narcos, The Mandalorian, Wonder Woman 1984, and more.

Bella Ramsay plays Ellie and has appeared as Lyanna Mormont in Game of Thrones. Ramsay has also been in His Dark Materials, Requiem, Holmes & Watson, The Worst Witch, and other films and TV shows.

According to IMDb, other notable roles include:

The show is written and executive produced by Craig Mazin (HBO’s Chernobyl) and Neil Druckmann of The Last of Us and Uncharted video game franchises.

Carolyn Strauss (HBO’s Chernobyl and Game of Thrones) and Rose Lam (The Firm, A Series of Unfortunate Events) will also serve as executive producers, along with Evan Wells from the original game’s developer, Naughty Dog, and PlayStation Productions’ Asad Qizilbash and Carter Swan.

According to IMDb, the series’ music is by Gustavo Santaolalla, and the cinematography is by Ksenia Sereda and Eben Bolter. The production is edited by Mark  Hartzell and Joel T. Pashby, and Victoria Thomas was responsible for the show’s casting.

Production design is by John Paino, and Don Macaulay is the supervising art director. Paul Healy is behind the series’ set decoration, and Cynthia Ann designed the costumes.

A complete list of the production’s crew can be found here.

The Last of Us has been spotted filming in a number of Alberta locations. These include:

According to ACTRA Alberta, production of the project began in July 2021 and is set to wrap in June 2022.

The show was filmed in Fort Macleod in July 2021 and was spotted in both Edmonton and Calgary in October 2021. Production occurred in Canmore in November 2021 and was back in Calgary at Mount Royal University and SAIT later that month.

The production returned to Calgary in the new year, taking place at Northland Village Mall in January 2022, and filming is set to happen in Okotoks this February.

Where to watch it

The show is slated to be released on HBO and HBOMax later in 2022, according to IMBd. HBO lists the show on its website as “coming soon.”

Canadian viewers can subscribe to the HBO package through Crave.