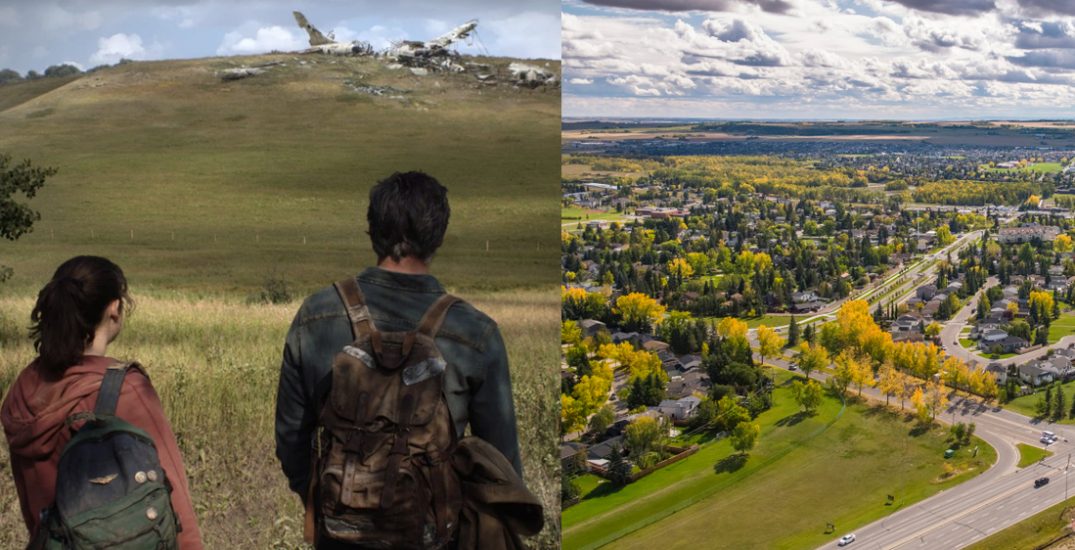 A number of Alberta locations have gotten the zombie treatment for production of the upcoming HBO series The Last of Us over the past few months, and a town south of Calgary will be next.

Located 30 minutes from downtown Calgary, the town of Okotoks is about to get a post-apocalyptic makeover for the show. The neighbourhood of Suntree will be transformed beginning January 31, with filming set to begin on February 7.

A letter received by an Okotoks resident and shared by Instagram user @hbosthelastofus shows that, from January 31 to February 6, production crews will begin “decorative prep work,” including bringing in some trees, grass, and greenery, along with creating more snow.

This work is set to take place on Suntree Lane and 500 Suntree Place in Okotoks, contained in the space between Robinson Drive and 29 Suntree Lane. Beginning February 4, this portion of the road will be closed to the public.

From February 7 to 12, crews will be filming in the area mentioned above. The letter noted that residents may notice “additional vehicles” and “some disturbance to the normal flow of traffic” during this time.

Clean up begins on February 13, and is anticipated to be completed by the 15th, although the letter says that some additional days may be required to finalize details. “Our goal will be to restore your neighbourhood to [its] normal operations as soon as possible,” reads the letter.

The letter also notes that the production will be operating within safe COVID-19 guidelines, including crews being tested weekly and observing masking and social distancing regulations.

The series follows Joel, a smuggler tasked with escorting teenager Ellie across the United States after a mutating fungus wipes out most of humanity. What starts as a small job becomes a difficult journey, as the pair travels across the US and must depend on each other for survival.

The Last of Us is slated to be released on HBO and HBOMax sometime in 2022, and Canadian viewers can subscribe to the HBO package through Crave.