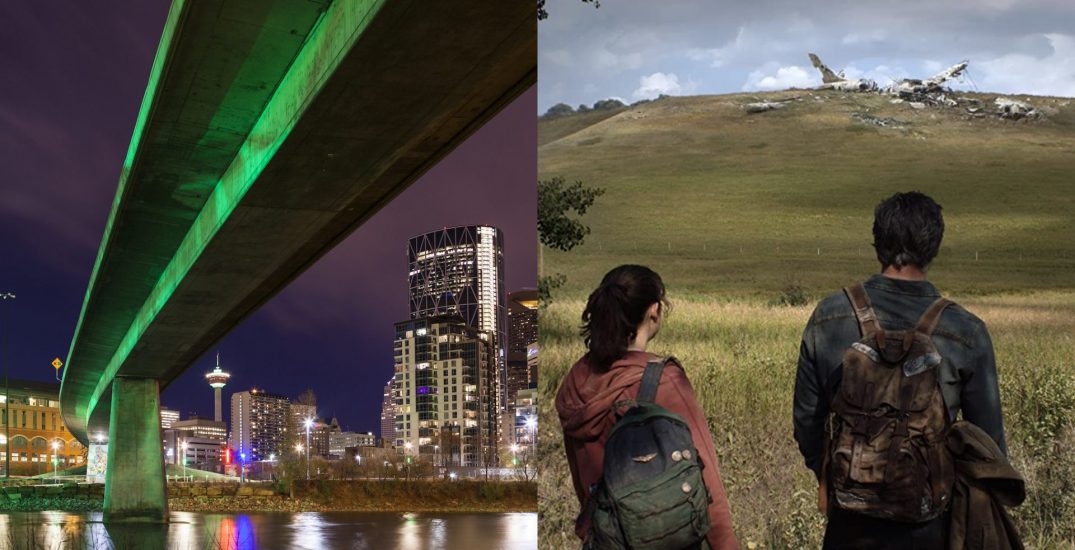 The Last of Us, an upcoming HBO series, based on a 2013 video game by the same name, was spotted filming in downtown Calgary this past weekend.

The show follows Joel, a smuggler tasked with escorting teenager Ellie across the post-apocalyptic United States. What starts as a small job becomes a different journey, as the pair travels across the US and must depend on each other for survival.

Joel is to be played by Pedro Pascal, known for The Mandalorian and Wonder Woman 1984, while Bella Ramsey (HBO’s His Dark Materials and Game of Thrones) plays Ellie, according to details on HBO’s website. The production’s IMDb page shows that the series will also feature Gabriel Luna as Joel’s younger brother, along with Merle Dandridge, Jeffrey Pierce, and Anna Torv.

The show is written and executive produced by Craig Mazin (HBO’s Chernobyl) and Neil Druckmann (The Last of Us and Uncharted video game franchises).

According to ACTRA Alberta, filming of the project began in July 2021 and is set to wrap in June 2022. The show is slated to be released on HBO and HBOMax sometime in 2022. Canadian viewers can subscribe to the HBO package through Crave.

Downtown Calgary’s 4th Avenue flyover was closed to traffic from 9:30 am on Friday, October 15, until 6 am on Monday, October 18. Memorial Drive was also closed between 4th Street NE and 12 Street NE on Sunday, October 17, from 5 am to 9 pm for the production.

Due to a closed film set, the City of Calgary requested that motorists avoid the area and use an alternate route during these times.

Those excited about the series took to social media to share images and videos they captured of the production in YYC over the weekend.

Two more new photos of Joel and Ellie filming #TheLastofUs HBO in Calgary. Pedro Pascal and Bella Ramsey. ❤️
Thank you so much to photographer Renan Pissolatti who sent us the photos exclusively. pic.twitter.com/RSFsFm0COQ

(Anna behind the camera) pic.twitter.com/JZepYguBMR

New exclusive photos of Bella Ramsey (Ellie), Pedro Pascal (Joel) and Anna Torv (Tess) on the set of The Last of Us in Calgary, AB. pic.twitter.com/Hzt5NTdVrc