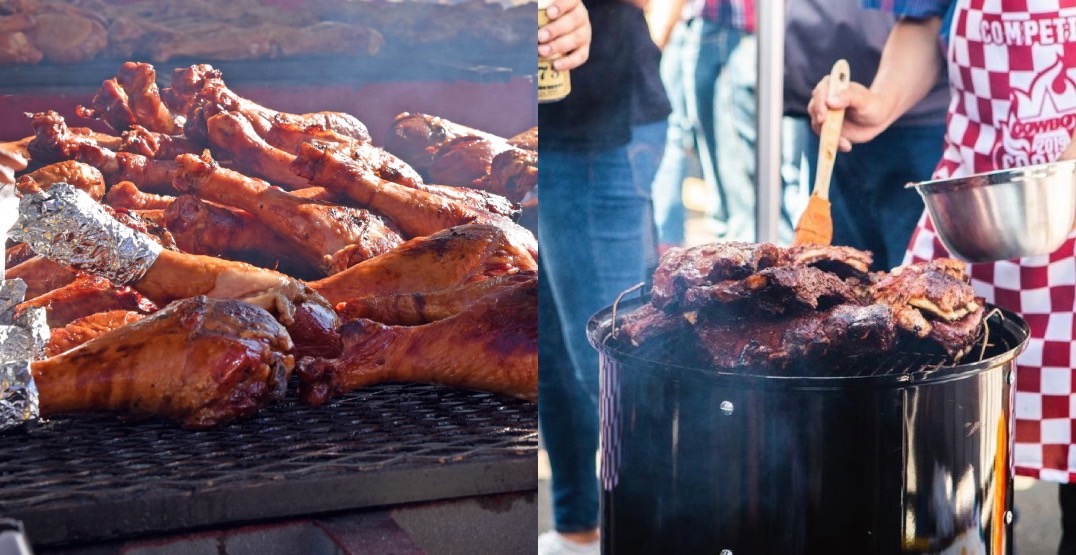 It’s Stampede week, so we can finally get excited about Calgary Stampede barbecues!

Sure, all the new Midway food items were recently announced, as well as pancake breakfasts, and there are some great patios near the grounds to hop onto, but the free barbecues are always a favourite at The Greatest Outdoor Show on Earth.

Every year, there are so many barbecues all over the city, and it’s never too early to get excited about grilled meats and vegetables.

Here are five notable Calgary Stampede barbecues you can check out this year.

Located at Seafood City Calgary, this BBQ is associated with Fiesta Filipino and aims to bring the biggest multicultural yeehaw that YYC has ever seen. Expect super fun games and talented live performances as well.

One of the more interesting Calgary Stampede BBQs, this event will also have a petting zoo, concert, and screening of the John Ware Reclaimed movie based on the iconic Black cowboy who moved to Alberta in the early 20th century.

With support from the Calgary CO-OP, this legendary Cowboys Music Festival team BBQ event is a highlight for foodies during the Stampede.

The invitational cook-off will be on Thursday, July 14, with the smokers starting at noon.

Features BBQ experts, grill masters, and the very top of the food chain when it comes to meats, smoke, and sauces which will all compete in this ultimate showdown.

This BBQ, hosted by the Banff Trail Community Association, will have more than grilled and smoked meats. There will also be live music, face painters, outdoor games, and a beer garden featuring local craft breweries.