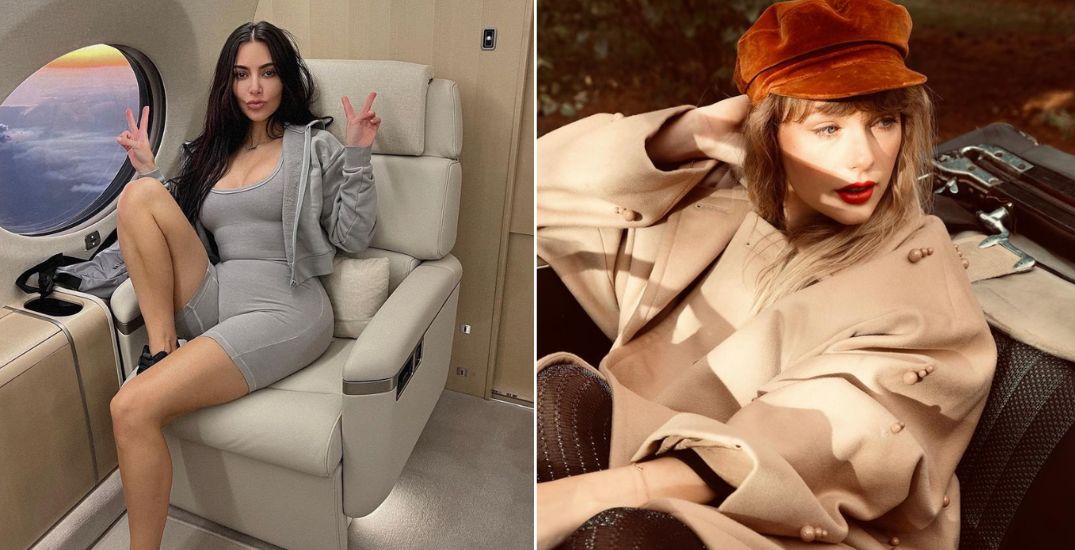 No rich and famous person is safe from Celebrity Jets.

In the past few weeks, the automated Twitter account that tracks celebrity flights has exposed the likes of Drake, Kylie Jenner, and Taylor Swift for their environmentally unfriendly private jet usage.

“The celeb jet thing is infuriating [because] like how many times have we been screamed at to use reusable bags, paper straws, make sure to recycle, turn lights off, etc just for multi-millionaires to take a quick flight from LA to other parts of LA,” tweeted one frustrated non-multi-millionaire celebrity.

the celeb jet thing is infuriating bc like how many times have we been screamed at to use reusable bags, paper straws, make sure to recycle, turn lights off, etc etc just for multi millionaires to take a quick flight from LA to other part of LA

A new study based on the data scraped from Celebrity Jets puts even more famous millionaires and billionaires on blast.

Digital marketing firm Yard has ranked the 10 celebs with the worst carbon dioxide (CO2) emissions based on how often they use their private plane.

“The data looks at the number of flights each star has taken so far, the average time of their flights, miles, and total CO2e just since the beginning of the year,” reads the study.

The data reveals that overall, these celebs have emitted an average of 3,376 tons of CO2 for their private plane usage in 2022 so far.

For context, it takes one person about a year to create two tons of C02 emissions and a typical passenger vehicle emits about 4.6 tons of CO2 per year.

Here are the top 10 jet-setting offenders:

Travis Scott, rapper and husband to Kylie Jenner, is 10th on Yard’s list.

Yard says it’s aware that this list “is not conclusive to the biggest offenders,” but it’s the worst offenders based on the Celebrity Jets data.

The firm is also aware that the data doesn’t necessarily determine if these celebrities were on all recorded flights, but even so, “the purpose of this study is to highlight the damaging impact of private jet usage.”

The shortest flight was 14 minutes from Van Nuys to Santa Barbara — both in the state of California.

The shortest flight his plane took was 29 minutes from Van Nuys, California, to Palm Springs, California. Guess the two-hour car ride was too much.

Kim Kardashian is higher on the list than her sister Kylie Jenner (who’s in 19th place according to Yard).

The reality TV star and SKIMS founder’s private jet has taken over 57 flights this year so far, emitting 4,268 tons of CO2. That’s 609 times more than the average person.

The shortest flight was 23 minutes from San Diego to Camarillo, both cities in California.

That’s over 600 times more than the average person’s annual emissions.

The shortest flight was 18 minutes from Amsterdam to Rotterdam. That’s about an hour by car.

The Voice judge and American country music singer has taken 111 flights on his private jet so far, emitting 4,495 tons of CO2.

That’s over 600 times more than the average person’s emissions yearly.

His shortest flight lasted 27 minutes from Van Nuys Airport in Los Angeles to San Diego Airport — both in the same state of California!

Former baseball player and J-Lo’s ex-fiancé Alex Rodriguez has taken 106 flights on his private jet, racking up 5,342 tons of CO2 so far this year.

That’s over 700 times more emissions than the average person produces in a year.

His shortest flight came in at just 34 minutes.

The “Empire State of Mind” rapper has taken 136 flights on his private jet since January, emitting 6,981 tons of CO2, which is over 900 times more than the average person.

The shortest flight his private jet has taken is 29 minutes from North Carolina to Ohio.

The former boxer has actually amassed more flights than any celebrity on Yard’s list, taking 177 so far since January.

Though he follows closely behind Swift on CO2 emissions at 7,076 tons, which is over 1,000 times more than the average person’s total yearly emissions.

Yard’s research found that Taylor Swift is the biggest celebrity polluter this year so far, although the “All Too Well” singer’s team denies it.

Swift has racked up 170 flights on her private jet since January, with total CO2 emissions at 8,293 tons, or over 1,000 times more than the average person’s total annual emissions.

Her shortest recorded flight so far was just 36 minutes from Missouri to Nashville.