The autumn season is currently making its inevitable return to Metro Vancouver. The bright summer days, treasured by nearly all that live on the South Coast, are quickly giving way to winter’s gloomy touch.

These final stretches of warmth and sunshine are the perfect time to enjoy the rich variety of urban foliage found throughout our great city. Our region is still bursting with native and exotic flora, from bigleaf maples to giant rhubarb, there is much to be enjoyed.

Of course, this will not last, as soon the leaves will fall and once again the majority of our urban greenery will be bare.

Yet, luckily for us, this is not true for every garden.

Throughout Metro Vancouver, with their fuzzy trunks and broad fronds, more and more palm trees can be spotted. While several varieties can survive on the South Coast, by far the most commonly grown is the Windmill Palm (Trachycarpus fortunei). 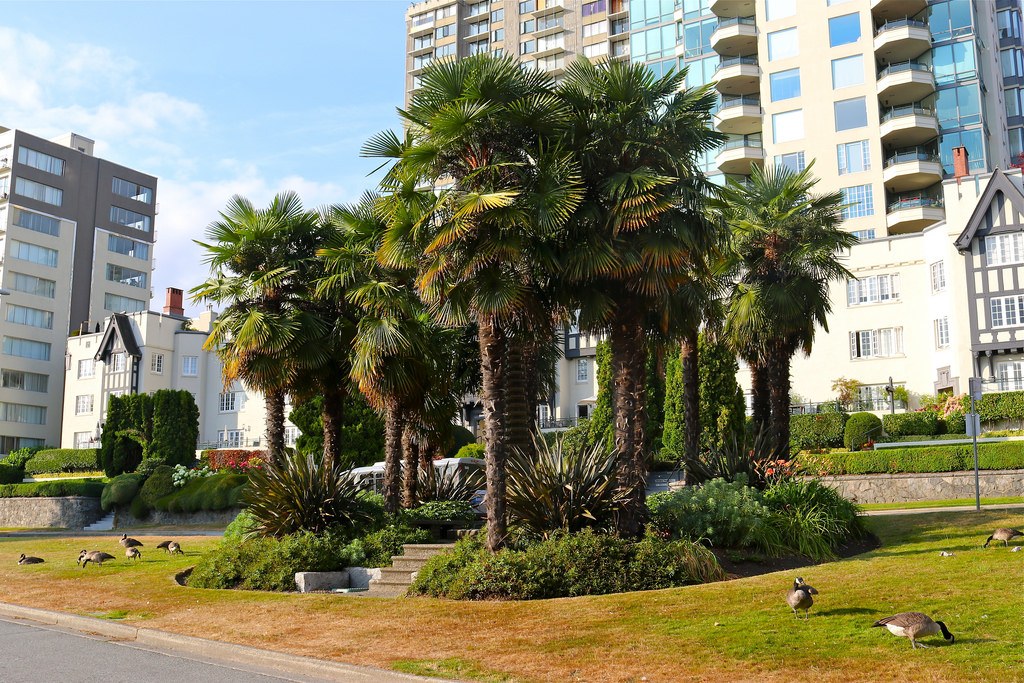 With its classically tropical appearance, and growing up to several stories tall, the Windmill Palm is hard to miss.

Native to China, it grows in moist mountainous areas to elevations as high as 2,400 metres (in contrast the summit of Grouse Mountain is 1,231 metres).

Therefore it is one of the most cold hardy palms in the world, with mature specimens surviving temperatures as low as -15° C to -20° C. This frosty tolerance has made them ideal for ornamental use in temperature regions that still experience the odd bursts of freezing temperatures.

Palm trees can only survive in the South Coast of BC

The Windmill Palm has been cultivated throughout Japan, Western Europe (particularly France and the UK), and the milder regions of North America. The temperate regions of BC are no exception.

A common scale used by gardening enthusiasts is the Plant Hardiness Index, which helps determine where a species of plant can be grown. This scale is based on several important weather factors, including minimum temperatures, frost free periods, and snow cover.

In Canada, these zones range from Zone 0 to Zone 9a, with Zone 0 being the most severe. In the United States these zones extend all the way to Zone 11.

As many know, the South Coast of BC is home to the mildest locations within Canada. Metro Vancouver ranges between Zone 8a in the eastern suburbs, to Zone 9a along the North Shore.

The Windmill Palm can be grown reliably from Zone 8a and above. In comparison, Calgary is Zone 4a, Toronto ranges between Zone 6a to Zone 7a, and Halifax is Zone 6b. This gives Vancouver a clear botanical edge for urban floral variety in our northern nation. 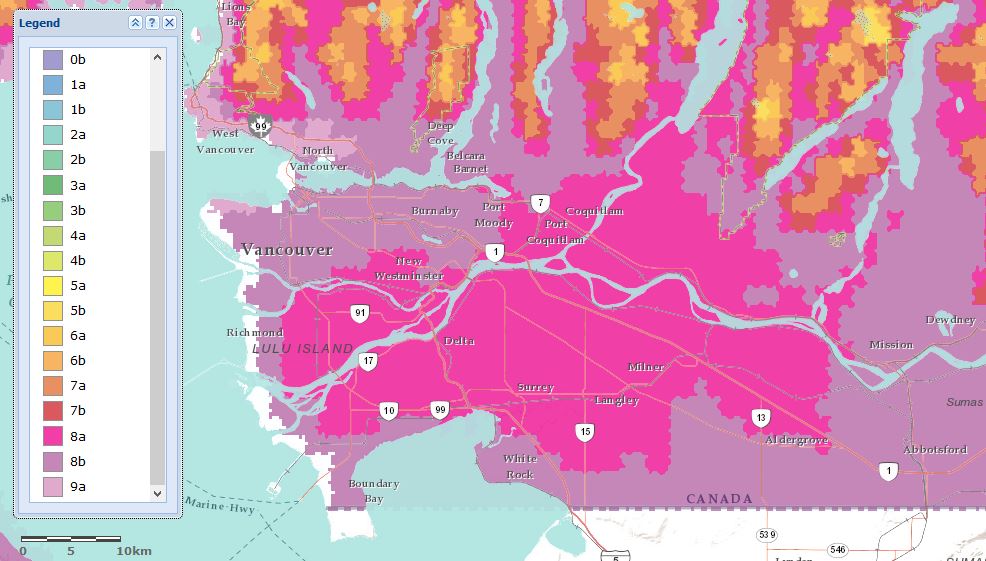 Moreover, the Windmill Palm has been planted by avid gardeners in Vancouver for decades, transforming private gardens into mini oases, but it wasn’t until 1989 that they started to appear in public spaces.

This was spearheaded by Rudi Pinkowski, who began this playful endeavour along English Bay.

Since then, further Windmill Palms and accompanying exotics, such as Banana Plants, have been added to this corner of the West End.

The most striking groves now sway overhead along Beach Avenue and within Morton Park at the foot of Davie Street, which is famous for the “A-maze-ing Laughter” statues. This park has become a popular attraction for locals and tourists alike. 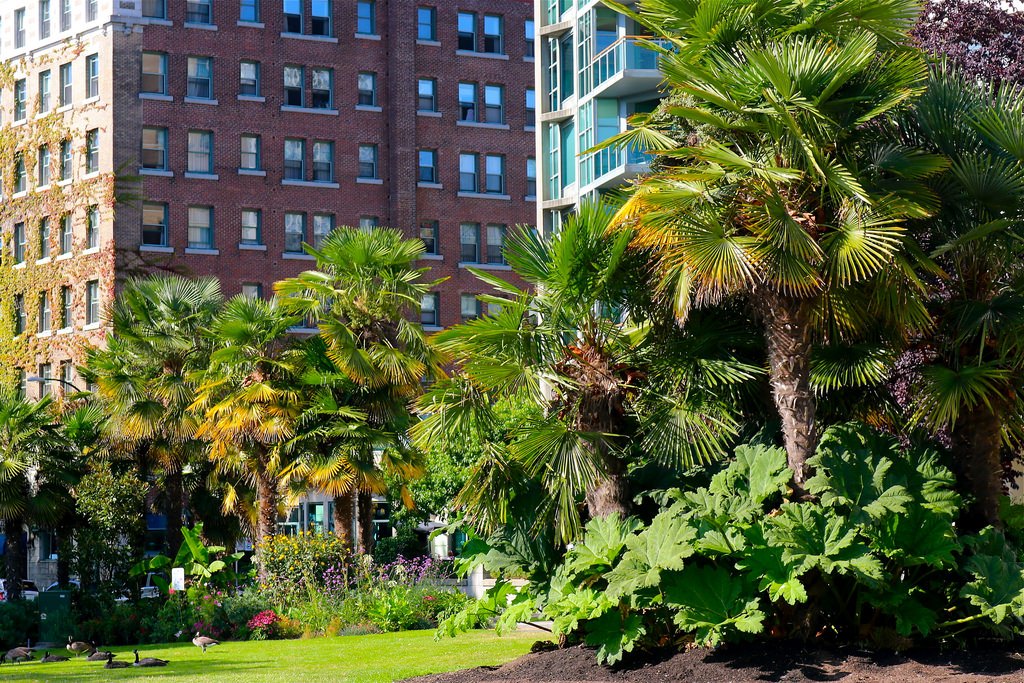 Today, it is difficult to imagine enjoying an afternoon at English Bay without these majestic palm trees completing the scenery.

They have deeply enriched the beachside flavour of this beloved area and add a special flare unique among Canadian cities.

Whether one is viewing the summer fireworks or enjoying a meal at the Cactus Club Cafe, these palm trees have become ubiquitous to English Bay.

Of course, Windmill Palms are not only found in and around English Bay, but can also be spotted within traffic circles, along the seawall, and even next to coffee shops. 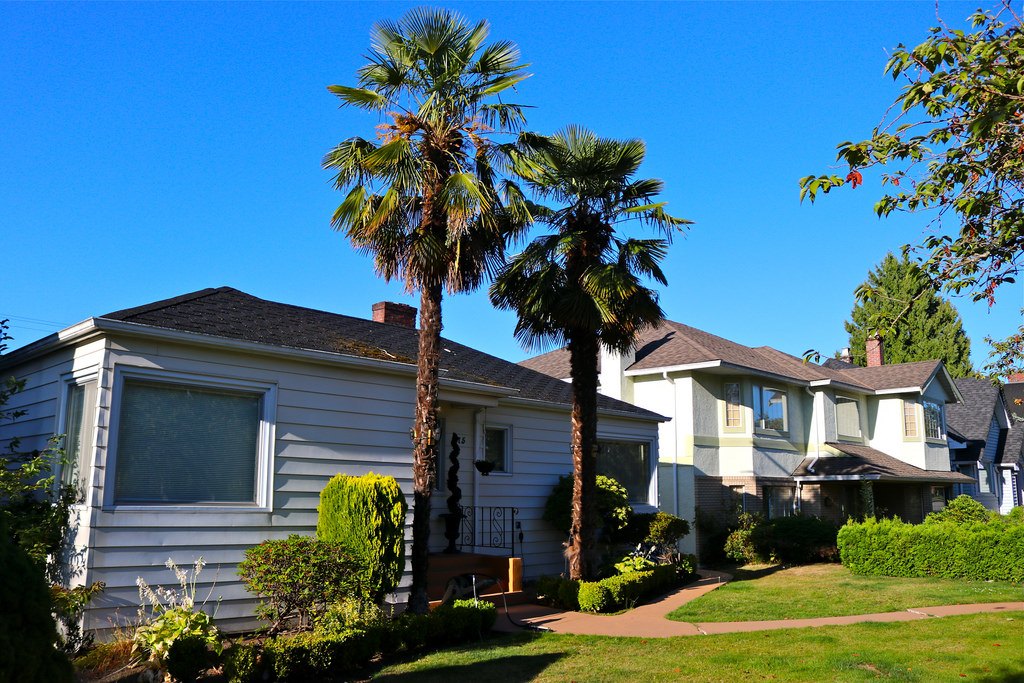 The Windmill Palm is ideal for urban beautification in the Vancouver region. As alluded to before, the foliage is green and pronounced throughout the year, adding a ray of warmth during a dreary winter day.

They also require minimal attention, are exceptionally clean, and rarely become intrusive to views due to their slender profile.

Unlike other exotics, such as English Ivy, Windmill Palms do not pose a competitive threat to our natural environment. Also, the majority of specimens sold are grown from mature palms already established on the South Coast. 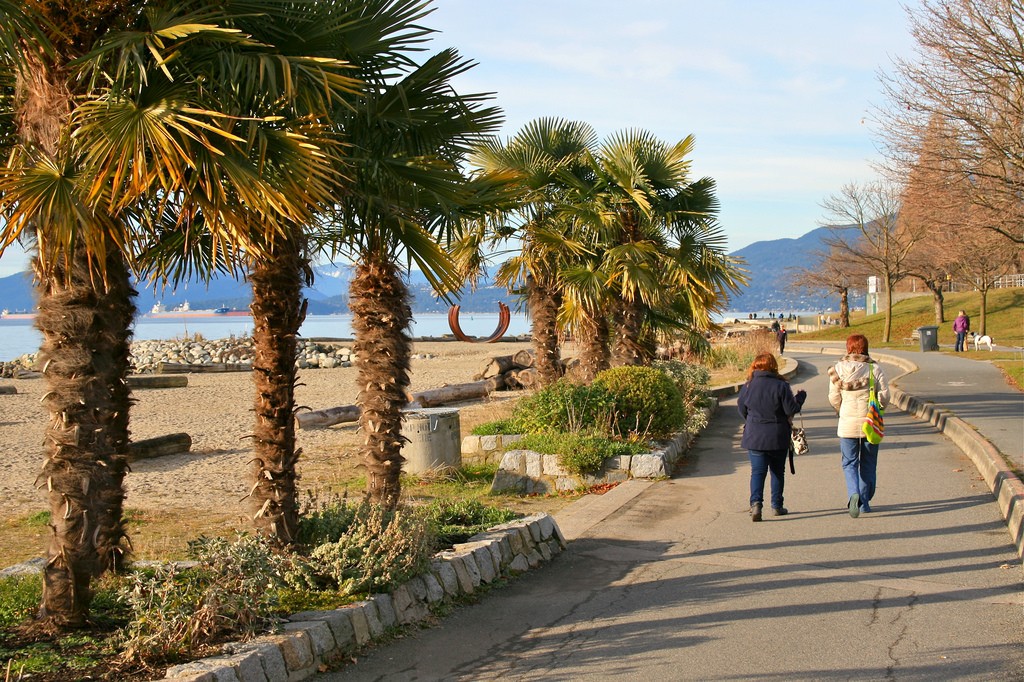 While the popularity of the Windmill Palm has grown over the years, the rapid pace of development has seen some established specimens lost to the wrecking ball.

A few recent examples include the office tower project at 601 West Hastings and the recently demolished Robson Hotel. With its brightly coloured exterior, vertical signage, and row of Windmill Palms squeezed between the sidewalk and the building itself, the Robson Hotel felt as if it were straight out of California.

Sadly the majority of new projects in our area utilize a very narrow selection of plant species, commonly the Norway Maple, which remains bare for more than six months a year.

The full potential for the Windmill Palm and other non-invasive exotics has yet to be realized in Metro-Vancouver. 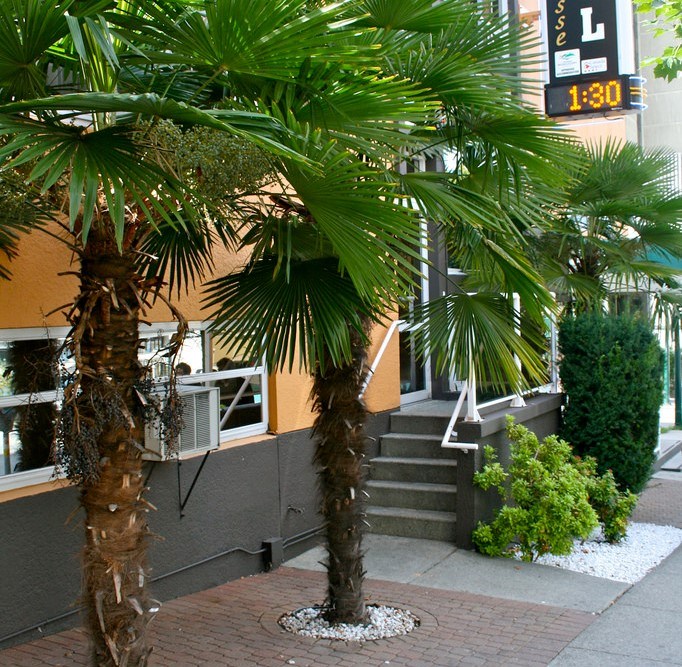 While the sunshine lasts or even after the rains return, go out for a walk around the neighbourhood and maybe you will spot a Windmill Palm that you haven’t noticed before.

One of the best experiences to be had in Vancouver is to stumble upon the corner of Denman and Davie, and to watch the sun slowly set through a pair of palm trees as their fronds gently sway in the breeze, momentarily forgetting that it is mid-January. 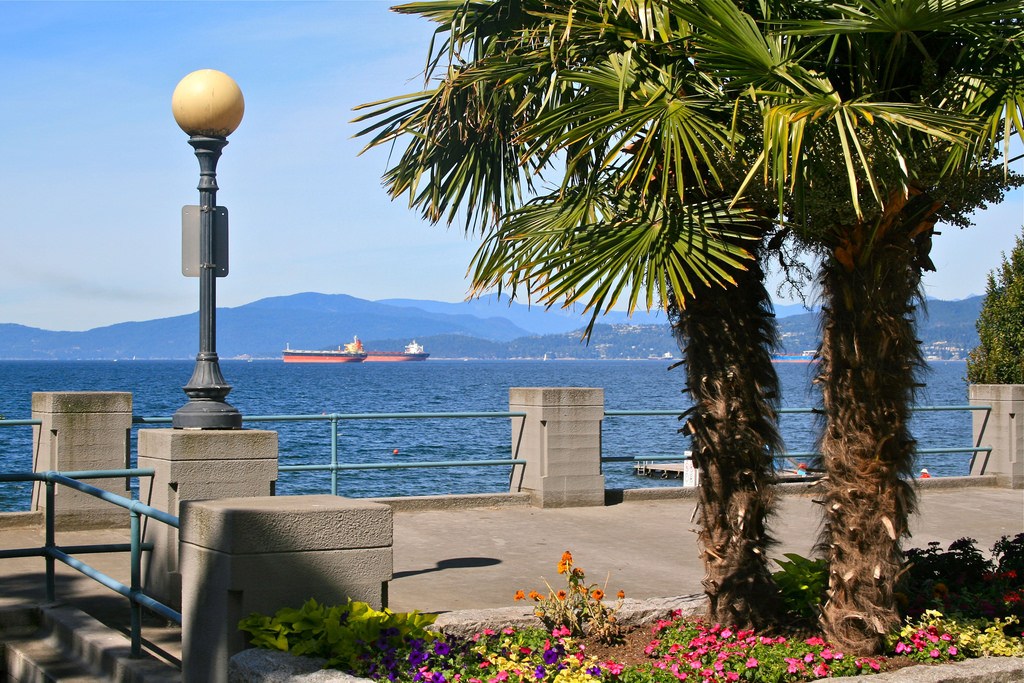 Looking through the palms at English Bay. (Ian Ius/Daily Hive)