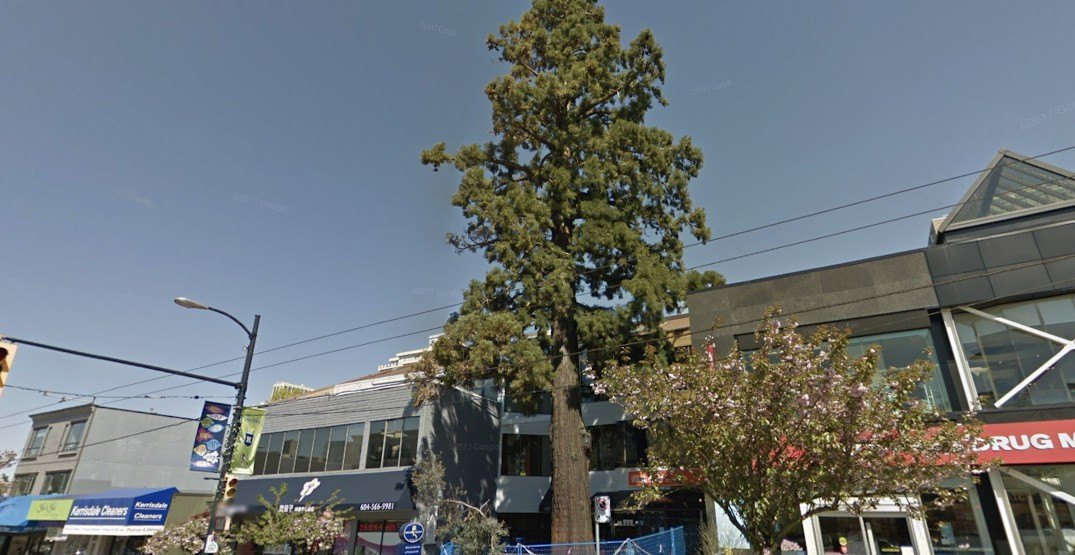 One of  Vancouver’s most recognizable and beloved trees is about to be cut down.

The giant sequoia tree that has stood on West 41st Avenue in Kerrisdale for decades will soon be removed. 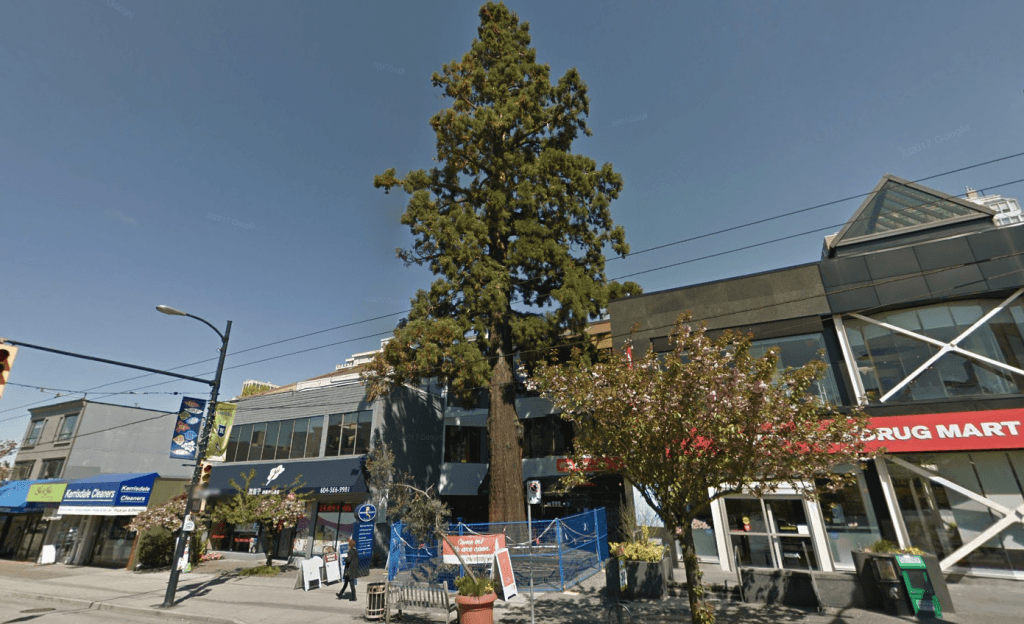 TPMG Capital real estate, the company that manages the property where the tree is planted, confirmed with Daily Hive that the tree will be coming down.

“We’ve had the tree examined by a horticulturist, and the results were not good,” said Bill Trafford, a representative from TPMG Capital.

According to Trafford, the tree company that has taken care of the sequoia over the years recently recommended that it should come down due to its poor condition.

“A full report was forwarded to the Kerrisdale Business Association as they had concerns too,” continued Trafford.

He added that the roots of the tree have extended under the road, and it has been under heavy stress.