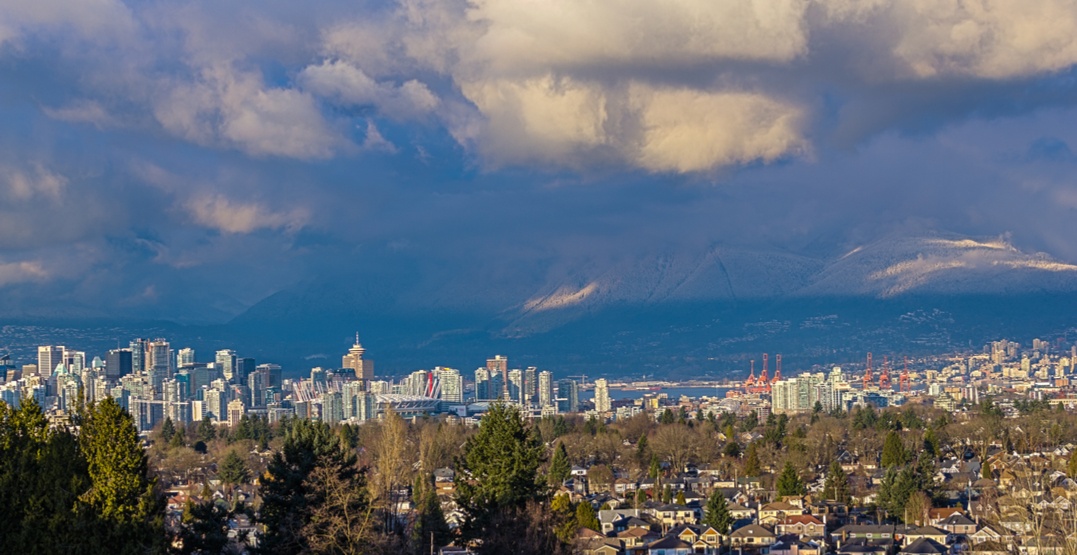 View of the City of Vancouver's "urban forest canopy" from atop Queen Elizabeth Park. (Shutterstock)

The City of Vancouver says it is marking a green milestone of planting 100,000 new trees since 2010.

To be specific, exactly 105,883 new trees have been planted over the last eight years, which is enough to cover Stanley Park four times. Approximately 55% of the new trees were planted within city streets and parks while 45% were planted on private lands, such as backyards and redevelopments.

The municipal government has a stated goal of planting 150,000 new trees by 2020 to densify Vancouver’s so-called “urban forest canopy.” This adds to the previously planted 140,000 street trees and 300,000 park trees.

“Vancouver is aiming to be the world’s greenest city and I’m pleased that we’re on track to meet our goal of planting 150,000 new trees by 2020,” said Vancouver Mayor Gregor Robertson in a statement.

“In Vancouver we’ve worked hard to build clean, green neighbourhoods with the world’s most spectacular urban forest. Thank you to the Urban Landscape team for all of your hard work and to the many Vancouver residents who are planting trees in your backyards to help us reach our 2020 goal.”

Moving forward, the City says it will focus on increasing street tree planting in the Downtown Eastside, Marpole, False Creek Flats, and other priority areas with “low urban forest cover.”

It will also restore the natural forests in Stanley Park, Jericho Beach Park, Everett Crowley Park, Renfrew Ravine Park, and other large City-owned parks. The goal is to “reforest” roughly 45 acres of these park areas by 2020.

Problems with the “urban forest canopy”

Residents are also being encouraged to not only plant more trees on their property but retain existing ones.

In 2014, the City banned residents from cutting down mature and healthy trees located on their own property. The exceptions to the ban are if the tree is hazardous, dead, diseased or dying, within a new building footprint, or interfering with utilities and drainage systems.

But these policies have been criticized, especially following the August 2015 windstorm. Widespread power outages resulted when branches and tree trunks fell onto power lines.

“Once a tree gets to be 20 centimetres in diameter, you’re not allowed to remove it unless it’s an immediate threat of causing serious damage, which in most cases, you can’t really predict that,” Jason Malysh, owner of Green Crown Tree Care, told Daily Hive in a previous interview.

“You really need to think about what you’re planting or making sure and getting some advice on good species for the spot, because once it’s 20 centimetres, no matter where it is, you’re stuck with it until it damages your house.”

Malysh also pointed out that the municipal government planted thousands of species that are known to be weak, therefore more vulnerable to high winds.

And in some neighbourhoods, certain species that attract sap-sucking pests result in a sticky mess on the pavement and parked vehicles below. But these species, linden trees, are no longer being planted by the City.