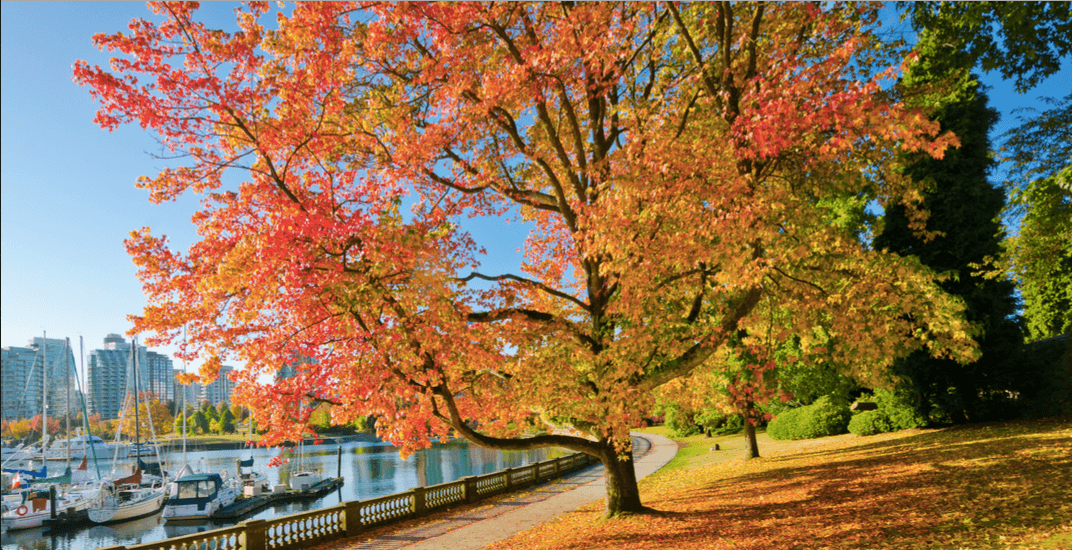 Vancouver’s very own Stanley Park has been named one of the best city parks in the world by Condé Nast Traveler.

The list breaks down 20 of the best metropolitan parks. The only other Canadian park to make the list was Mount Royal Park in Montreal.

Vancouver’s 400-hectare Stanley Park is known as a jewel of the city and is often noted as one of the most beautiful parks in the world. The park is a natural West Coast rainforest that includes breathtaking views of the oceans and mountains.

We’ve got to say, the park looks especially stunning in autumn!

Beijing’s Summer Palace Park, Yoyogi park in Tokyo, the Luxembourg Gardens of Paris, and Vondelpark in Amsterdam were other notable locations that made the list.