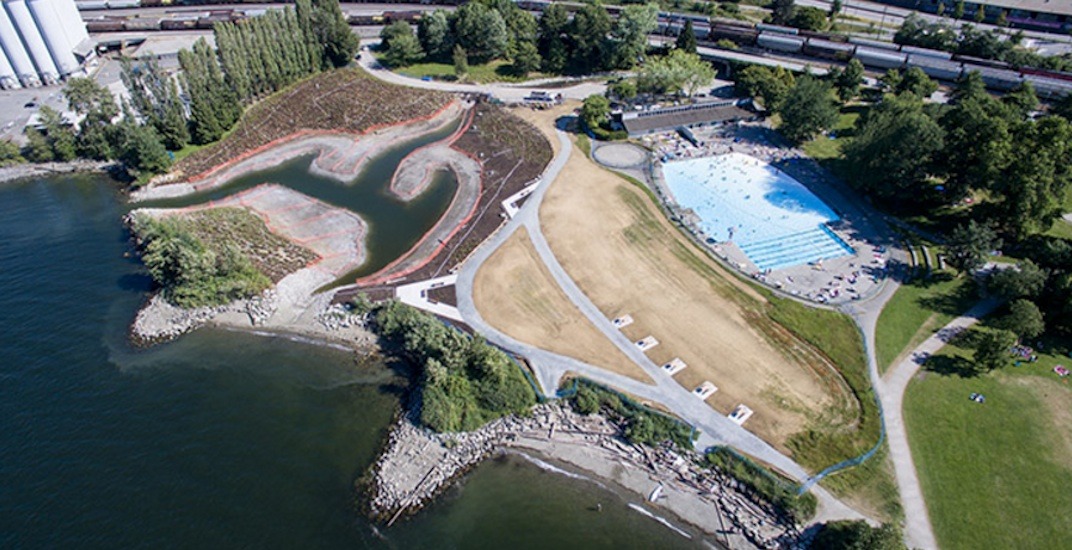 New Brighton Park with a tidal wetland. (City of Vancouver)

A large tidal marsh immediately north of the PNE and Hastings Park, on the edge of Burrard Inlet, in East Vancouver has been built to provide a new habitat for fish, birds, and bees.

Earlier today, the Port of Vancouver and the Vancouver Park Board unveiled the new five-acre wetland at New Brighton Park, which is now expected to improve the ecosystem of Burrard Inlet.

In fact, prior to its completion, salmon fry were spotted using the wetland this past spring – a possible early indicator of the potential of the wetlands.

“We were excited to see that, even before the project’s completion, juvenile chum and Chinook salmon were observed using the newly created tidal wetland as a stopover on their way through Burrard Inlet,” said Cliff Stewart, Vancouver Fraser Port Authority’s vice-president of infrastructure, in a statement.

The project restores some of the historic loss of tidal wetlands in the area to make way for industrial development, and it is part of the Park Board’s overall plan of restoring Hastings Creek through Hastings Park.

Thousands of native plants including 25,000 salt marsh plugs, over 800 trees, and 3,500 coastal shrubs have been planted in the newly constructed wetland.

The resulting salt marsh serves as a transition from the ocean to land, and not only does it act as nurseries and refuges for many species of animals it protects water quality by filtering runoff and prevents coastal erosion. 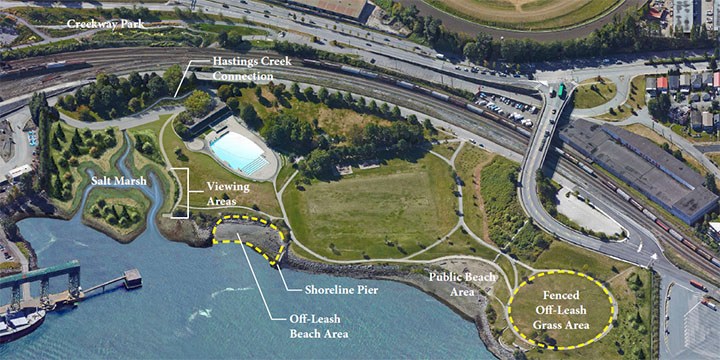 “This project brought industry together with municipal and Aboriginal leaders to act on this significant opportunity to improve coastal wetland habitat on the south shore,” Stewart continued.

However, to make space for the marsh at the park, tennis courts were removed and a portion of the dog off-leash area was relocated to the west side of the park.

Some of the other improvements include new picnic tables, viewing decks of the inlet and North Shore mountains, gravel pathways, and interpretative signage.

The Port of Vancouver contributed over $3 million to the project while the Park Board provided $400,000.

The New Brighton Park project is similar to the Olympic Village’s Hinge Park, which has an intertidal area, wetlands, and an artificial naturalized island. Hinge Park is, of course, home to a beaver dam. 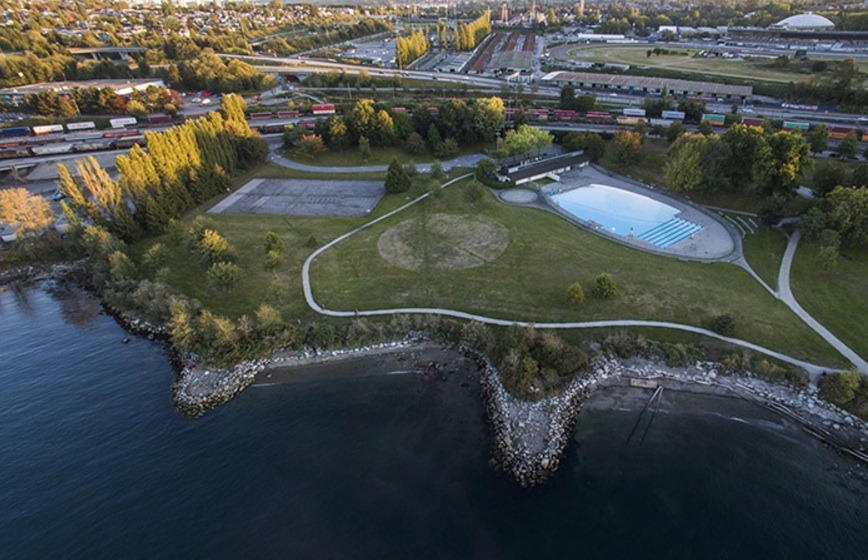 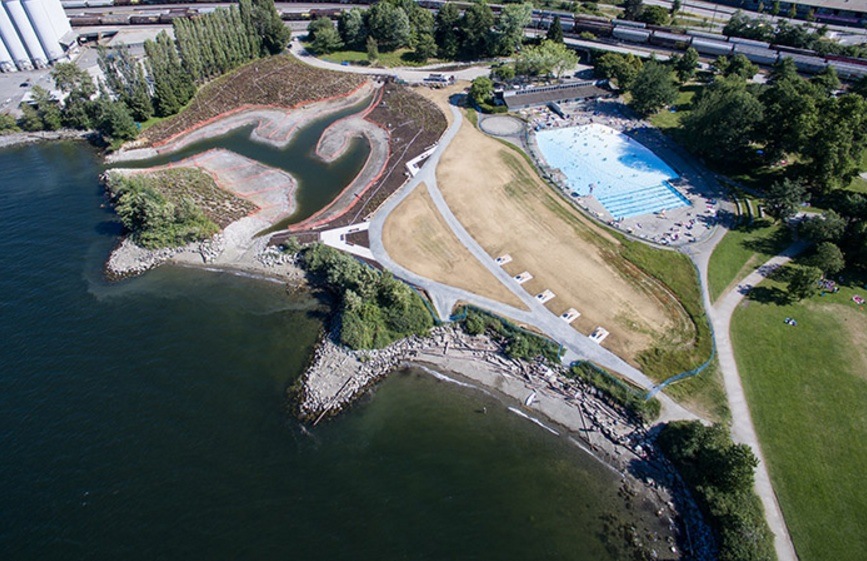 New Brighton Park with a tidal wetland. (City of Vancouver)