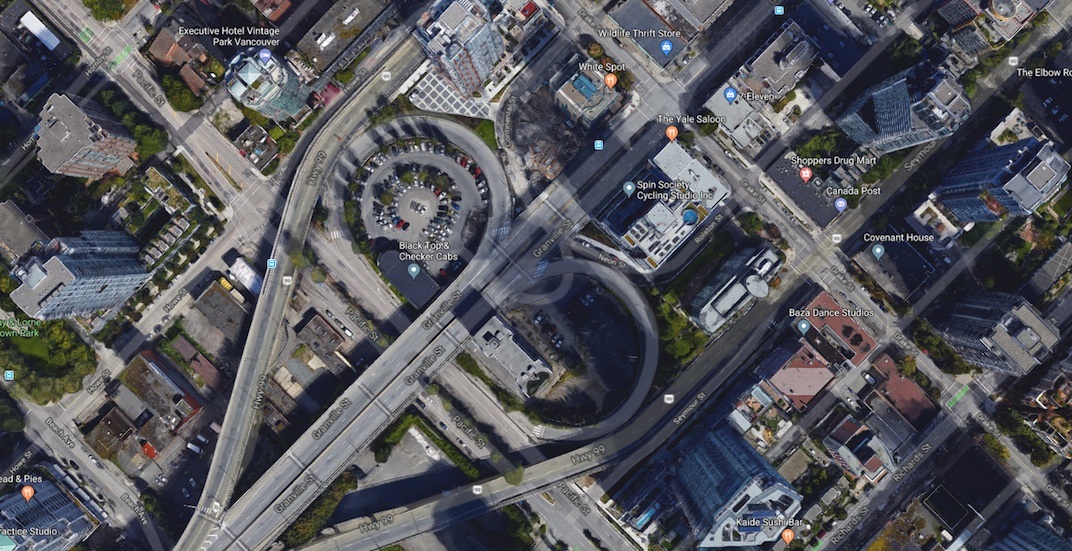 The Granville Loops in the current condition. (Google Maps)

A direct, seamless road connection between the Granville Street Bridge and Pacific Street in downtown Vancouver will be demolished and replaced with a new street grid.

On Tuesday, Vancouver City Council approved a plan to allow City staff to close the ‘Granville Loops’ exit ramps on the north end of the bridge and demolish the concrete road structures to create new open sites with redevelopment potential.

The loops on both sides of the bridge are on land owned by the municipal government. The west loop’s void space is currently occupied by Black Top & Checker Cabs’ headquarters while the east loop void is currently used as a temporary City works yard.

Three interim parcels owned by the City will be created once the structures are demolished. The City says it estimates the demolition and new H-shaped road configuration will cost $18 million, which will later be passed on to the future developers of the sites. 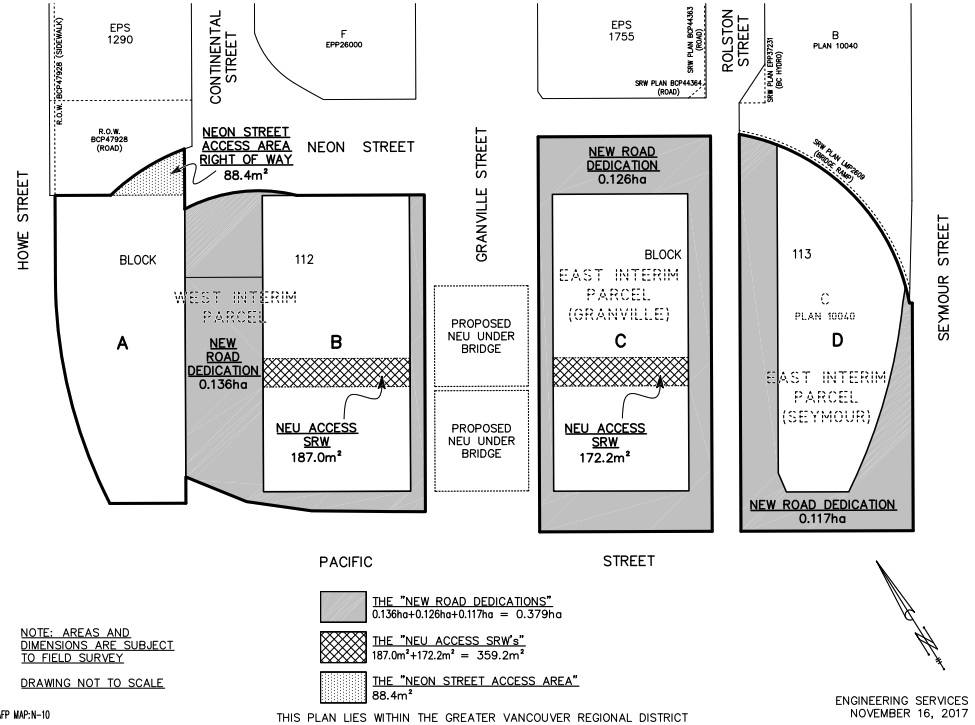 Future of the Granville Loops. (City of Vancouver)

“The replacement of the existing Granville Bridge Loops with a new ‘H’ street system will provide a better integrated street network with the surrounding grid system and will introduce completely new connections across key streets like Granville and Pacific Streets,” reads a City staff report.

“This modified street network and associated parcel reconfiguration will also introduce the opportunity for an improved street level experience through better public realm and complimentary land use, such as commercial retail.”

Any redevelopments on the new parcels are subject to rezoning applications. The space under the bridge north of Pacific Street will be used for a future neighbourhood energy centre.

There were previously discussions of using the east parcel for a new swimming pool facility, which could replace the aging Vancouver Aquatics Centre at Sunset Beach.