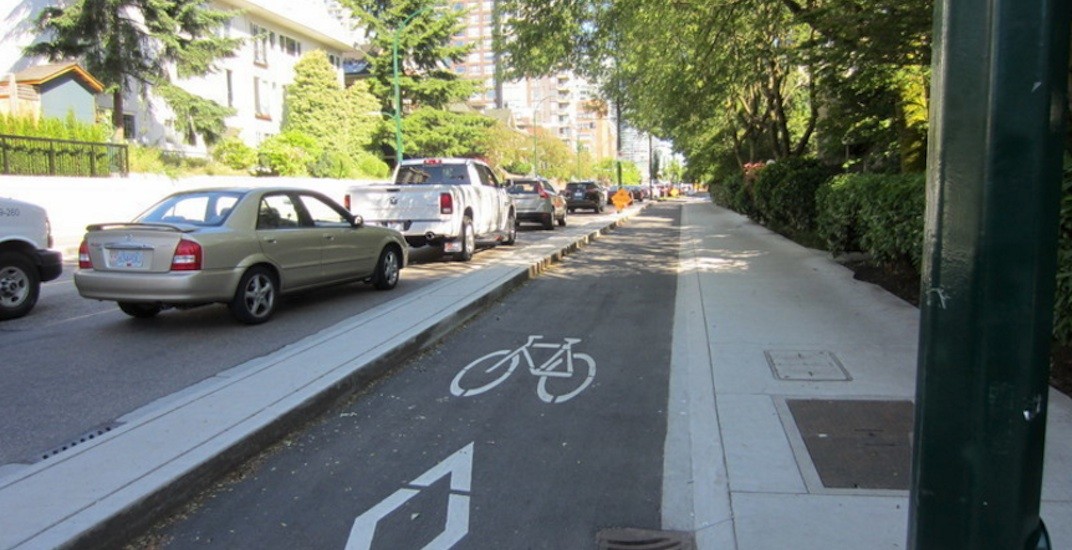 Congestion on Pacific Street leading to the north end of the Burrard Street Bridge. (Restore Vancouver)

With a Vancouver City Council byelection this fall and a civic election just over a year away, some residents across Metro Vancouver who are peeved with the municipal government’s agenda of growing Vancouver’s network of bike lanes, due to the perceived vehicle traffic congestion it creates, are turning their opposition into a new political movement.

Restore Vancouver group coordinator Steffan Ileman says the bike lanes built over the past decade by the City of Vancouver are “wrecking” the city as traffic has become chaotic with “bizarre obstacles and deviations,” no right-turn signs, and rules that do not make any sense and force vehicles to drive in circles over short distances.

He argues that driving in Vancouver has become “hazardous for no good reason except to make it more difficult to drive.”

Moreover, he says the investment in the bike infrastructure is under-utilized as cyclists have no obligation under the current laws to ride on bike lanes and can still ride in the middle of the roadway and sidewalk even if there is a separated bike lane just metres away on the same road.

“It is a dark joke that these changes have been brought about in the name of making Vancouver a green city,” he said. “It ought to be measured how much extra fuel motorists have wasted and how much more pollution has been generated in downtown Vancouver since this scheme was put into effect.”

“Instead of stopping there, this travesty seems to be spreading to other parts of the city, threatening the lifestyles and productivity of the majority of Vancouver residents.”

Ileman says Restore Vancouver is specifically targeting the $35 million being spent on the latest altercations to the Burrard Street Bridge, which was previously a six-lane bridge up until 2009. It will be turned into a four-lane bridge once the new widened sidewalks and bike lanes and new Pacific Street intersection are completed at the end of the year.

He notes that the bridge deck is not the only issue with this project, as there have been major changes to Pacific Street and the bridge’s north intersection to accommodate space for bike lanes that lead to the bridge.

“Traffic on Vancouver West End’s major exit south and east on Pacific Street through Burrard Bridge has been totally messed up to create more space for cyclists where there is little bicycle traffic,” he said.

“The shrunken lanes on Pacific Street and Burrard make it extremely difficult for motorists to exit and enter the West End with long lineups especially in rush hour.”

A petition addressed to Vancouver City Council, created by Restore Vancouver, to reverse the work being done on the Burrard Bridge has already amassed over 2,300 signatures at the time of writing.

Some petition signatories commented the changes made by the bike lanes amounted to “overkill” and “a war on cars” – that they rarely see cyclists, especially during the wet and cold months, using lanes next to bumper-to-bumper vehicle traffic.

Others said the bike lanes only benefit a small minority at the expense of the majority, including those who take public transit buses. They say public transit and cycling are not feasible, and because of the bike lane-induced gridlock they no longer travel to downtown for their shopping and entertainment needs and are instead turning their attention to other municipalities.

“I am a cyclist and even I think the City of Vancouver has gone overboard with cycling lanes,” said Marc Ramsay. “What a huge waste of taxpayers money.”

Carolyn Laws, a local resident who signed the petition, wrote: “This massive disruption was completely unwarranted and wasn’t necessary to accommodate bicycles. Bicycles could have been easily accommodated without causing such extensive inconvenience for vehicles, and without creating massive gridlock conditions.”

Commentators also said they support a cycling-friendly city, but not a city “choked” by bike lanes. They are frustrated by the bike lanes occupying convenient parking spaces for patients and visiting families next to St. Paul’s Hospital and Vancouver General Hospital.

However, it is important to note that much of the congestion on the north end of the Burrard Bridge is currently from ongoing construction work on the bridge that necessitates a temporary three-lane configuration for traffic.

It remains to be seen whether traffic conditions will improve once the upgrades are done.

The goal of ‘Greenest City’

The municipal government has a longstanding goal of becoming the ‘Greenest City’ in the world by 2020, and much of this depends on changing how Vancouverites get around.

In 2015, 50% of all transportation trips were made by walking, cycling, and transit, which means the City has already achieved its transportation goals by 2020 under ‘Greenest City’.

A goal of 66% is targeted by 2040 with further investments in cycling and transit infrastructure, particularly the Millennium Line’s Broadway extension to Arbutus Street.

By growing the bike lane network to create more safe and separated connections, it increases the usability of the bike lanes and the overall feasibility of cycling in the city.

But varying seasonal weather conditions do have a real impact on how much people cycle, according to the City’s data of monthly bike trips since 2010.