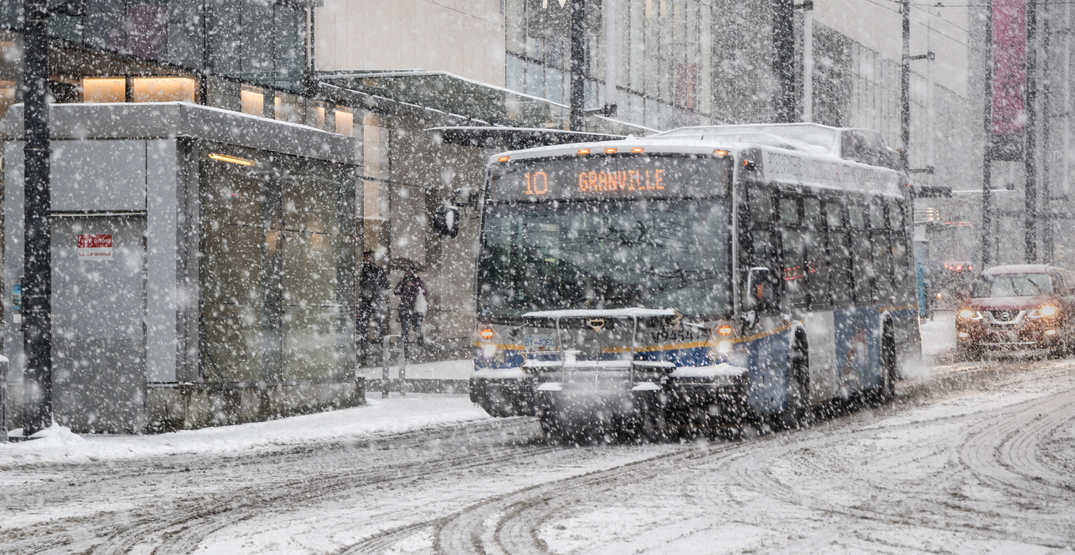 Those hoping to take public transit on Thursday are being told to expect all systems to be operational today, although there will likely be delays in service.

Ben Murphy, TransLink Spokesperson, says in a release that “conditions have improved overnight” and that crews were “working to rectify various issues which impacted service” on Wednesday.

“We expect transit services will be operating today; however, service will be slower than normal,” he says.

TransLink adds that HandyDART will only run at essential service levels today, as “many side streets remain icy.”

At one point, more than a dozen buses were trapped on Vancouver’s Granville Street Bridge, multiple SkyTrain stations were closed, and the provincial government warned British Columbians to avoid all non-essential travel.

Passengers are advised to check transit alerts prior to travelling or to keep an eye on TransLink’s Twitter page.