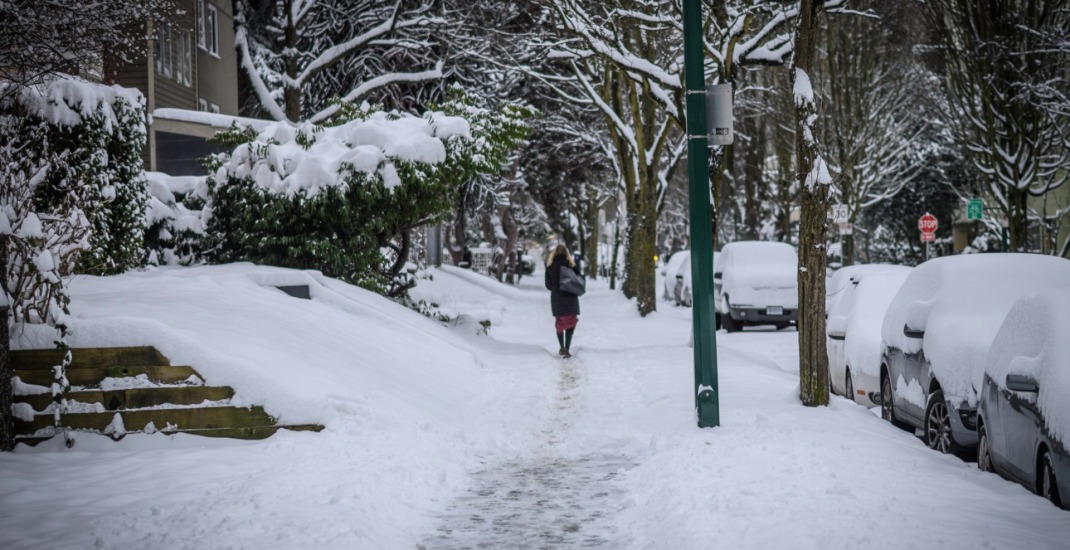 Some parts of Metro Vancouver have received up to 30 cm of snow in the last 24 hours.

Lots of snow 🌨️ for the South Coast since yesterday, especially on Vancouver Island & higher elevations of Metro Vancouver! Here are some snowfall reports we have received… Please send us your reports too using #BCStorm!

According to the weather agency, Coquitlam received the most snowfall in Metro Vancouver with 28 cm.

Environment Canada has issued another Snowfall Warning for the region.

The areas affected this time include the following:

According to the national weather agency, “an area of low pressure currently offshore will approach the BC coast late this afternoon.”