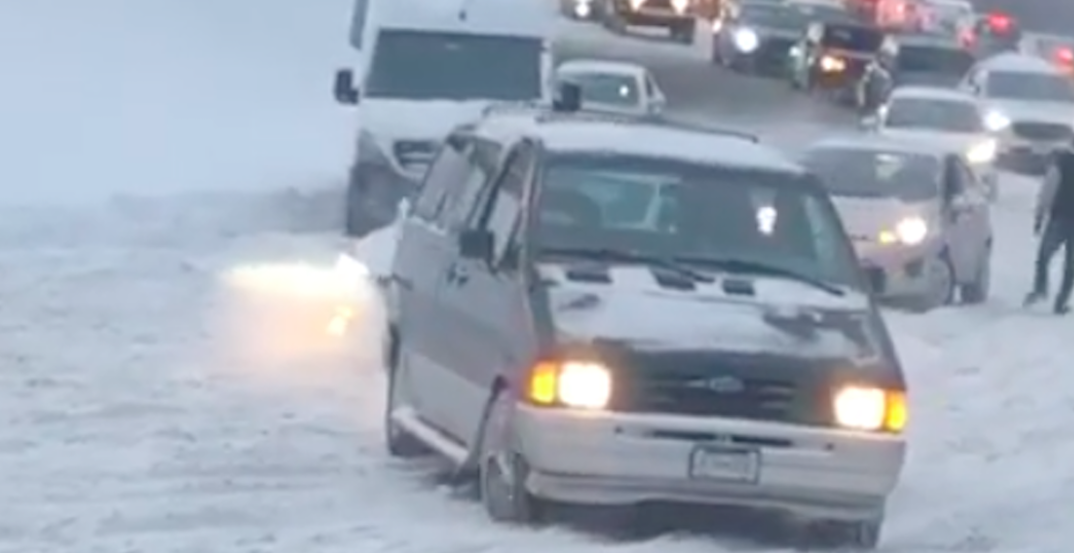 The heavy snow that has hammered Metro Vancouver continues to cause headaches for commuters, and those who use the region’s bridges are some of the most affected.

Around the same time, the New Westminster Police Department’s Traffic Unit also announced that the Queensborough Bridge was closed northbound because of a number of spun-out semi-trucks.

Now, video footage captured on the Patullo Bridge and obtained by Daily Hive shows the extent of the situation on the crossing between New Westminster and Surrey today.

On Wednesday morning, the provincial government warned drivers to “avoid all but essential travel throughout the Metro Vancouver region today, including the Fraser Valley.”

“Persistent snow, high winds, and cold temperatures are causing poor road conditions. Those who must travel are asked to use extreme caution and drive to the conditions. The ministry advises travellers to expect winter conditions for the rest of the week,” says the BC Government in a release.

“All motorists are encouraged to plan ahead and drive according to weather and road conditions, slowing down when they encounter bad weather or limited visibility.”

A new Snowfall Warning was recently issued for Metro Vancouver, and a Wind Warning also remains in effect.