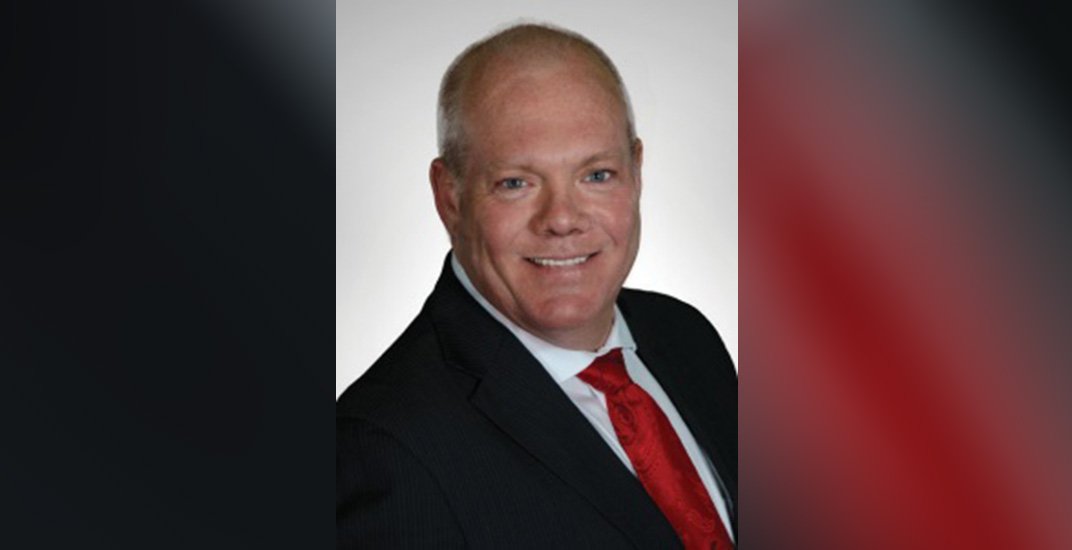 A prominent city councillor in Surrey has left his civic party, just one day before it selected its new leader ahead of the fall civic election.

Bruce Hayne has left Mayor Linda Hepner’s Surrey First party and will continue his role in City Council as an independent for the remainder of his second term.

First elected into municipal office in 2011, he says his decision to leave the party has been “difficult and a long time coming” and he feels his “vision for the city and the direction that Surrey First is taking no longer align with each other.”

The governing party’s approach with the Surrey Light Rail Transit project is one of his leading reasons to depart from Surrey First.

“The decision to select LRT and the public consultation on the future of transit in our community is a case in point,” Hayne told Daily Hive. “Regardless of whether LRT is the best technology solution, the community feels that there was not enough meaningful consultation in the process and as a result, we are about to spend $1.65 billion on a transit project with significant public opposition.”

He notes that it is possibly too late to bring the Surrey Newton-Guildford LRT line back to the drawing board, but he emphasized the second phase along Fraser Highway from King George Station to Langley “needs to have meaningful consultation with residents in both communities.”

Hayne adds that he has similar concerns over transparency and openness with other important issues in the city such as public safety and development.

He previously stated he will run for a third term, and he confirmed this week he is still debating whether his upcoming campaign will seek a city councillor seat or the mayoral seat. Earlier on Friday, Surrey First selected four-term city councillor Tom Gill to be its mayoral candidate, replacing Hepner who announced in April she will not seek re-election.

Hayne was previously the president of the Surrey Board of Trade. As part of his current role in City Council, he is also the municipal government’s Chair of the Investment and Innovation Committee and the Chair of the Parks Recreation and Sport Tourism Committee.