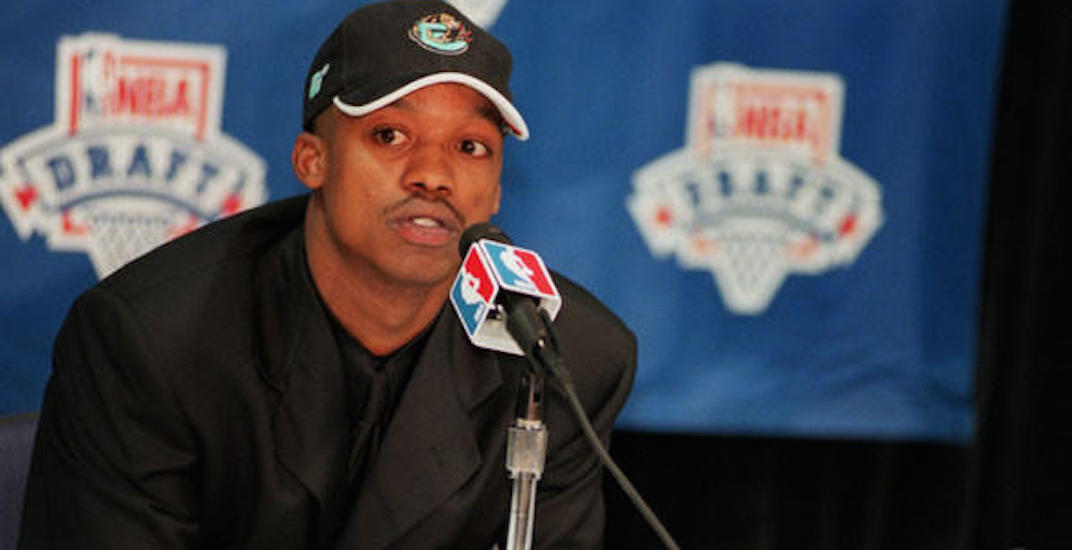 He’s still not very knowledgable about Canada either.

From what we learned about Francis, who was the second overall draft pick by the Vancouver Grizzlies in the 1999 NBA Draft, we shouldn’t be surprised.

In a piece written for the Players’ Tribune, Francis details the hardships he had growing up. Certainly he faced more challenges that most.

His mother passed away at age 18. His father meanwhile, was in the federal penitentiary, serving a 20-year sentence for bank robbery.

His older brothers were crooks too.

Steve was going down a dark path also, selling drugs, until he got drafted into the NBA.

If you thought he’d be just happy to be making millions as a professional basketball player, you thought wrong.

Francis pouted his way up to the stage when then-commissioner David Stern called his name at the draft. Francis never played a game for the Grizzlies, eventually forcing GM Stu Jackson to trade him, which netted Vancouver a plethora of players from the Houston Rockets.

The Grizzlies were the clear losers of the deal, with Michael Dickerson representing the best player in return.

Two years later, the Grizzlies were dead in Vancouver, and Francis’ snub was one of the nails in the coffin.

“Now, I know people in Vancouver are still pissed off at me for forcing a trade out of there,” Francis wrote. “I damn near cried when I got taken by the Grizzlies at No. 2. I was not about to go up to freezing-ass Canada, so far away from my family, when they were about to move the franchise anyway.

“I’m sorry but … actually, I’m really not even sorry. Everybody sees the business of basketball now. That team was gone.”

One of the most annoying things about Francis’ trade demand was the fact that he quite clearly knew absolutely nothing about the place he was snubbing.

The funny thing is that Francis isn’t from a warm-weather climate. This isn’t a guy that grew up in the sunbelt. He’s from Takoma Park, Maryland – a suburb of Washington, DC. It’s warmer in Vancouver today than it is there.

Reading Francis’ piece (it’s worth reading, by the way) is a conflicting experience for anyone that remembers the Grizzlies. You feel empathy for him, a guy that grew up in a position to fail given his family dynamic.

But you also see a guy that hasn’t really changed.

He screwed over Vancouver without giving the city a chance. We ended up losing our team to Memphis and he got to live the good life with Hakeem Olajuwon in Houston.

The least he could do is pretend he’s sorry.