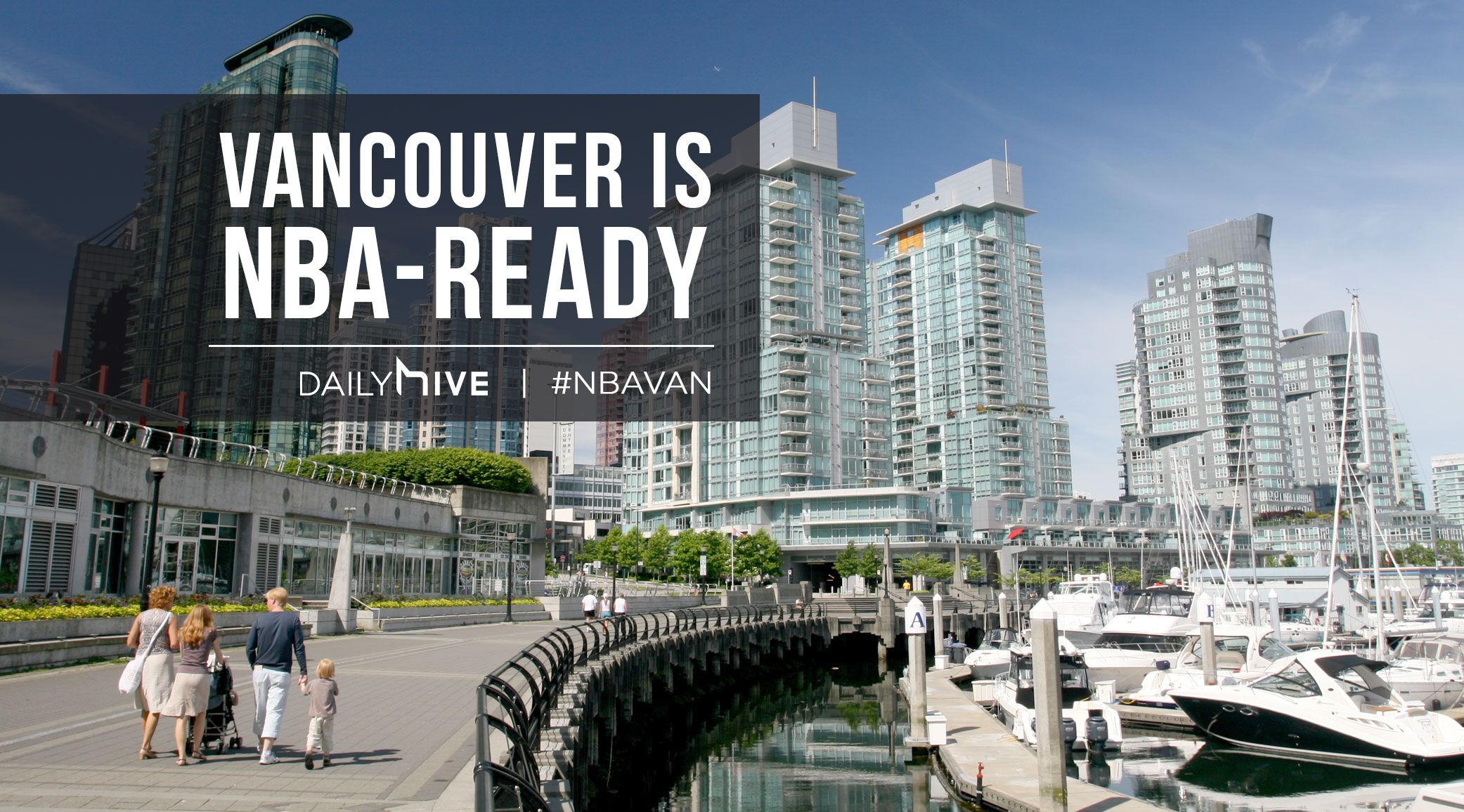 History will not repeat itself if the National Basketball Association makes a comeback in Vancouver.

Sixteen years after the Vancouver Grizzlies played their last game at Rogers Arena, there is every indication that Canada’s third largest urban region can economically sustain an NBA franchise.

The state of the local economy is a major issue for any city attempting to land on an NBA franchise.

For consecutive years, Vancouver and British Columbia have led Canada in economic growth, surging beyond any other municipal or provincial jurisdiction, according to the Conference Board of Canada.

Moreover, the very nature and size of Vancouver’s economy has changed immensely since the Grizzlies left. There are 600,000 more residents living in the region, including over 100,000 within the city of Vancouver – many in downtown Vancouver, just footsteps away from the arena.

And through immigration from Asia, Metro Vancouver has gained a diverse target audience that has a keen interest in basketball.

All the while, Vancouver’s corporate depth has greatly increased, which is another key factor for an NBA team’s success given that franchises depend on corporate sponsorships and lease suites for a good portion of their revenues.

Tom Mayenecht, a former executive with Orca Bay for Griffths, agrees: “Over the past 20 years, Vancouver has become so much more international. It’s become so much bigger.”

“Back in 1994-95, the demographic profile was of Toronto being five to seven times the size of Vancouver. Now, if you look at the metro markets of both, it’s more two to three times the size. Vancouver has closed the gap in terms of market size.”

By 2041, Metro Vancouver is expected to see another million new residents, reaching 3.4 million.

While the Canadian dollar hasn’t sunk as low as it did during the Grizzlies’ stay in Vancouver, it is still an issue for a Canadian franchise that has to pay players in American funds. The loonie is currently at 73 cents US, hovering within +/- 2 cents – up from the depths of the 65-cent dollar in the 90s – although still clearly undervalued.

This allows a Canadian franchise to lock an exchange rate price in the financial markets so that they know what the exchange rate is going to be when they have to pay player contracts.

However, such futures deals are difficult and expensive to participate in, and a franchise usually does not acquire deals for all of their players they contract.

“It’s more of a problem in hockey as you have seven Canadians teams, so it’s a bigger issue for them than it is for say the Raptors,” said Rockerbie.

Metro Vancouver currently has three professional teams that dominate the marketplace: the NHL Vancouver Canucks, MLS Vancouver Whitecaps, and the CFL BC Lions. Of course, these teams and their penetration into the market are far from equal.

Despite the Canucks’ struggles, the franchise still has a relatively strong attendance when compared with the rest of the teams in the leagues. In the 2016-17 season, it had the 11th highest attendance out of 30 teams, with an average of 18,509 spectators per game over 41 home games.

The Vancouver Whitecaps soared to an average of 22,330 spectators per game over 17 home games during the last season, placing the team at the sixth top spot for attendance out of 20 teams.

But would smaller franchises like the Whitecaps and Lions pull away from the fan base from an NBA franchise or even the Canucks?

“I think it’s a very different demographic for soccer.,” said Rockerbie. “With NBA basketball fans, and what the NBA promotes, you’ve got a younger fan base that is more ethnically diverse and internet and social media savvy. Very progressive sort of fans. I’m not sure if the Whitecaps fans are the same, I can’t say, but you’re probably looking at a very different demographic.”

“The Whitecaps don’t play many home games either, so you could say the same thing about the BC Lions… I don’t think it’s the same crowd.”

There are smaller markets with NBA teams, and similar-sized markets like Denver who presently support far more pro sports franchises than Vancouver.