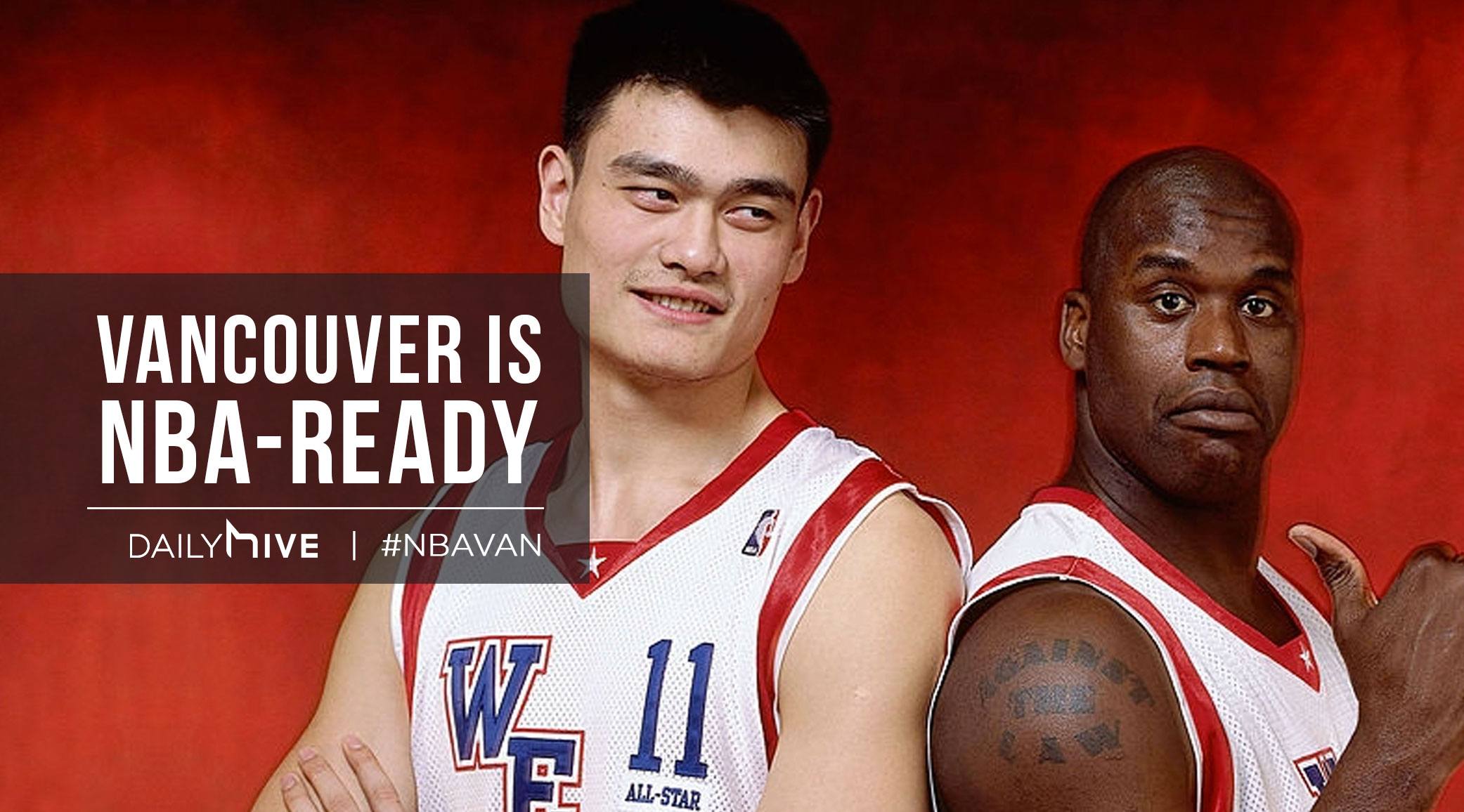 After walking away from Vancouver nearly 16 years ago, there are a number of reasons to return NBA basketball to Vancouver. Much has changed since the Grizzlies packed their bags for Memphis back in 2001, including how the game has grown internationally.

There is perhaps no overseas market more important to the NBA than the Asian market, most notably, China. That’s where Vancouver comes in.

Because of Vancouver’s demographics and geographic location, it serves as an important ‘Gateway to Asia’.

“There’s no question that Vancouver demographically has a decidedly large population from Asia and in particular, mainland China,” former Vancouver Grizzlies owner Arthur Griffiths told Daily Hive. “The appetite, appreciation, and excitement from my friends that are from Beijing, Shanghai and so on, for basketball, is outstanding. It actually surprised me.”

Asia is a booming market for basketball

Yao Ming, a 7-foot-6 superstar centre from China, was drafted first overall in the NBA Draft the year after the Grizzlies left town, in 2002. The number of fans he brought with him to the NBA from his home country was so significant, he set a league record by receiving more than 2.5 million votes for him to start in the 2005 NBA All-Star Game.

“It certainly started in the global sense because of Yao Ming, but it’s way over top of that,” Griffiths added.

Griffiths was astonished by the NBA’s presence in Asia on his most recent trip to the Philippines.

Could Vancouver serve as a catalyst for the NBA in Asia?

“I don’t think for one minute that that should be overlooked by the NBA. Again, it’s another box you tick in terms of potential to reach out to that market using a North American franchise. As we well know, there’s several billionaires from China that live here that would be potential owners, never mind potential supporters of the team at one level or another.”

The interest in the NBA is huge with children in Greater Vancouver, particularly from those coming from Asia says Allen Tsang, a teacher at Alpha Secondary School in Burnaby.

“The international students – particularly when they come from China – at lunchtime and after school, they go play basketball,” says Tsang, who teaches English Language Learner students as well as Physical Education. “Whether it’s raining or sunny, they go outside and they play.”

Vancouver is a gateway city

Given the growth potential for merchandise in Asia, it would be silly for the NBA to ignore Vancouver’s great potential.

Sports business expert and host of the Sport Market on TSN 1040, Tom Mayenknecht, agrees with the importance of Vancouver as a strategic play for the NBA.

“I think it’s a huge factor,” Mayenknecht told Daily Hive. “Vancouver is one of the leading Asia-Pacific gateway cities in North America.

A Gateway to Asia in its own right, Seattle is clearly a stronger basketball market than Vancouver in nearly every way. But if the NBA wants to expand by two teams, you can make a good case for the Emerald City’s Canadian cousins up the road.

“If there’s a will to the way of Seattle, it actually helps the return of Seattle if there’s another franchise in Vancouver. There’s an I-5 corridor, there’s an immediate rivalry. Regional clusters are always good for leagues.”

It’s interesting to note that many of Vancouver’s perceived advantages back in 1994 when they were awarded a franchise, appear to be even stronger now. Vancouver is a bigger, more cosmopolitan city in 2017.

“I do think the Asia-Pacific factor is really important, I think (NBA commissioner) Adam Silver’s going to continue what David Stern began, which is really market the heck out of the NBA in Asia. I think you’re going to see Tokyo 2020 be a huge Olympics, from a basketball point of view.”

If Asia is as important to the NBA as Mayenknecht suggests, it could be a tipping point in favour of Vancouver over other markets like Las Vegas, Louisville, and Mexico City, who are said to be in the running for an expansion franchise franchise.

“Obviously the Chinese business relationships get most of the attention, but there’s a very dynamic South Asian business community now here. It was nowhere near as established back in the mid-90s as it is now. Those kinds of South Asian and Indian entrepreneurs would be very important in terms of the thrive-ability of a new NBA franchise in Vancouver.”