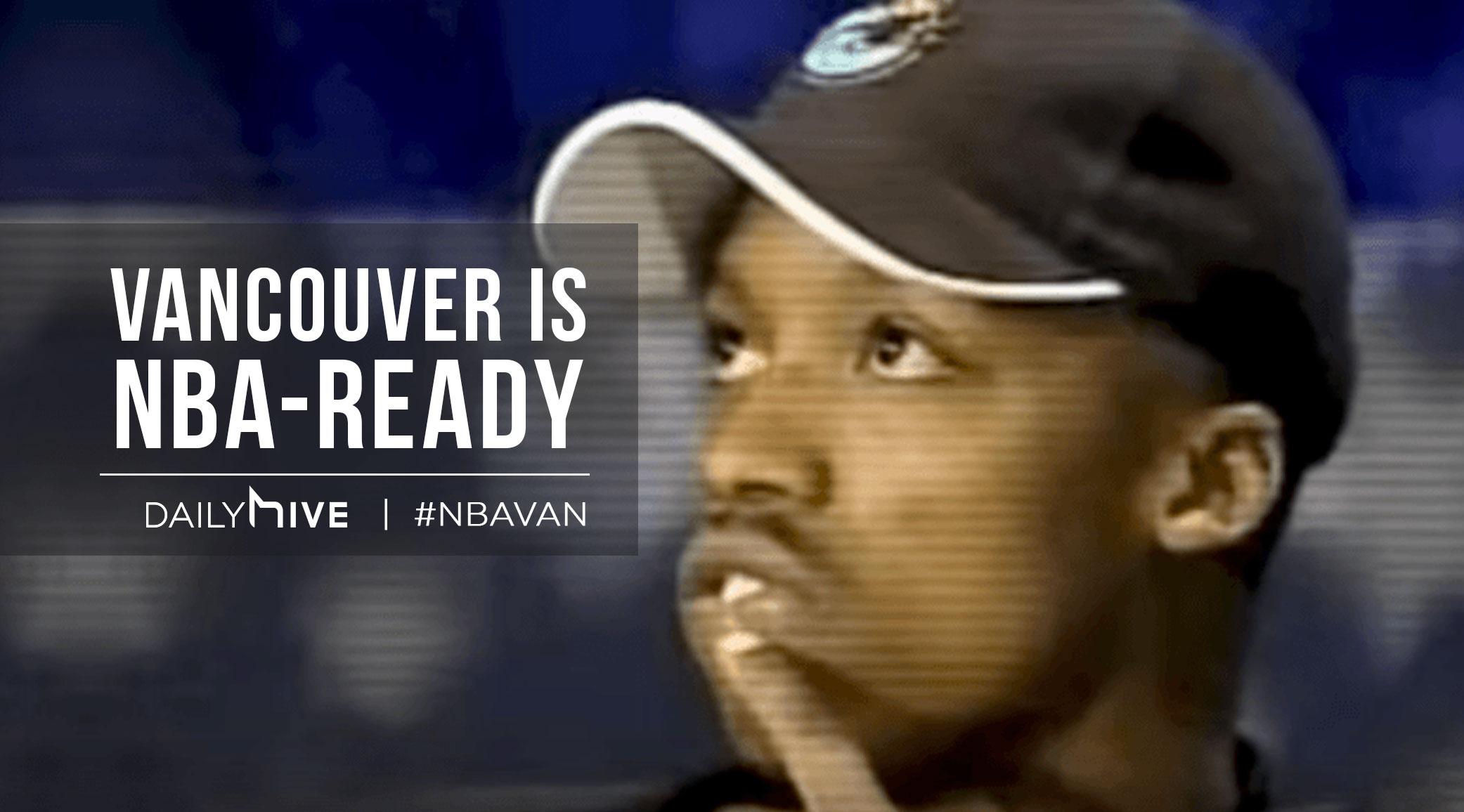 “There are things you can’t get in Vancouver, like Cap’n Crunch.”

That quote was from former Vancouver Grizzlies power forward Tony Massenburg, a player that appeared to enjoy his time in Vancouver. It’s one of many famous examples of ridiculous complaints by NBA players during the Grizzlies’ time in Vancouver from 1995 to 2001.

Player perception of Vancouver was one of the nails in the coffin for the Grizzlies. Steve Francis refused to play here after he was drafted second overall. Doug West famously crushed 17 Heinekens and checked himself into rehab after learning he had been traded to Vancouver in 1998.

Would a team today have better luck acquiring players?

“It was very unfortunate that some of those comments were made because they were boneheaded comments, they were ill-informed comments, and they were comments made by young players who were homesick,” Tom Mayenknecht, vice-president of communications & public relations for the Grizzlies during their inaugural season, told Daily Hive.

Not everyone hated playing in Vancouver

While the legendary quotes and images of players pouting upon being drafted by Vancouver are tattooed in the minds of many, former Vancouver Grizzlies owner Arthur Griffiths believes that’s been blown out of proportion.

“It’s funny how one or two people form an opinion about something and apparently that’s the opinion of all. And that’s not the case,” Griffiths said in a phone interview with Daily Hive. “There were many many Grizzlies players who absolutely loved it here. Literally loved it here. And why wouldn’t they?”

Unfortunately for the franchise, 10 journeymen players being happy in Vancouver doesn’t mean much if stars like Steve Francis blatantly refuse to play. The NBA is a star-driven league, and for teams to have success, you need to attract top end talent.

Griffiths has no doubts they would.

“The city’s more cosmopolitan, there’s better restaurants, and better shops, and so on. Vancouver’s not going to take a backseat to anyone anymore and be considered an up-and-coming city. It’s arrived. I don’t think that’s going to be an issue any longer.

“There’s no question the NBA players today that are a little bit more in tune with North America would probably love to come here.”

Also advantageous for Vancouver in 2017 how much more international the league has become, and with that, far less of an American bias.

A record 113 international players from 41 countries and territories were on opening night NBA rosters in 2016-17. That marked the third consecutive season that rosters featured at least 100 international players. There were 11 Canadians on teams also, the most of any country outside the US for the third straight year.

“The fit between NBA players and Vancouver in 2017, or in the future, is a lot better fit than it was 20 years ago,” Mayenknecht expanded.

One of the biggest issues for American players and Vancouver was simply a lack of education. They had grown up following a league that didn’t have Canadian teams. For that, Mayenknecht believes the Toronto Raptors’ existence could help Vancouver’s cause in the future.

“NBA players have been educated by the real life case study that has been 20 years of the Raptors.

“All-Stars like DeMar DeRozan and Kyle Lowry have become very good ambassadors, not just for Toronto, but I believe for Canada. And I think that that would benefit Vancouver in terms of positioning a return to the city down the road.”

The Raptors have thrived with two star American players, but have also supplemented DeRozan and Lowry with the most international players (7) of any roster in the NBA.

“There’s a part of me that wishes that we still had a team there,” NBA Commissioner Adam Silver said of Vancouver, ahead of the All-Star Game in Toronto last season.

There’s no doubt that Vancouver wouldn’t be on a level playing field as some big American cities like New York or Los Angeles. But as long as Vancouver is not being looked down upon in favour of other cities like Sacramento, Detroit, and Milwaukee – as it was in the late 90s – a new franchise would have a fighting chance to succeed.