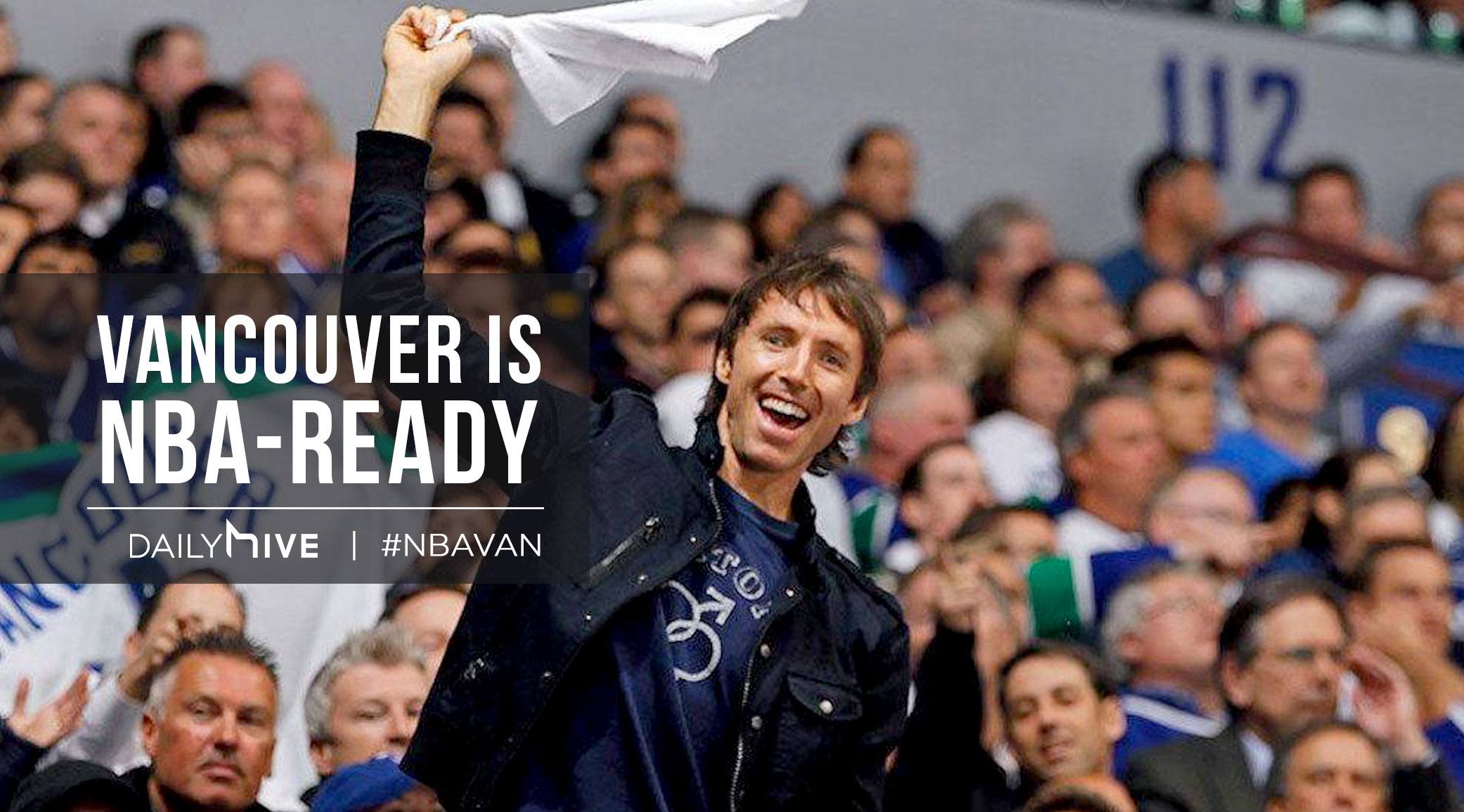 There’s a strong case to be made that Vancouver is ready to support an NBA team again. Fans want it and the economy can support it, but for a franchise to succeed, it will need strong ownership.

Without that, a franchise will fail in Vancouver just like it did the first time.

A prospective owner needs to be willing and able to invest in a team, and have faith that it will succeed.

That didn’t happen the first time around.

Orca Bay, the John McCaw-led group that owned the Canucks and Grizzlies, decided to sell the basketball team in 1999. From the moment that happened, things became much more difficult financially, sports business analyst Tom Mayenknecht says.

“The Grizzlies died the moment they were ripped out of the Orca Bay womb,” Mayenknecht said in a phone interview with Daily Hive. “The numbers were tough with a 65 cent (Canadian) dollar, even with the economies of scale of having two teams and a building all owned by the same ownership.

“If an NBA team came back to Vancouver, the way it would be sustainable is owned by the Canucks, or some kind of strong strategic partnership whereby there’s a revenue share deal on the rent, instead of just a tenant-landlord relationship.”

Vancouver’s only NBA-ready stadium is Rogers Arena, which is owned by the Canucks. Certainly that makes the Aquilini family the most logical prospective owners.

“You (could) have what you call economies of scale,” University of Lethbridge sports economics professor Duane Rockerbie told Daily Hive. “[Francesco Aquilini] already has a marketing team set up, a ticketing system set up, and you could utilize some cost advantages there.”

Aquilini has been linked to having interest in bringing an NBA team to Vancouver in the past. The Canucks owner was said to have been interested in relocating franchises when the Hornets, Pacers, and Trailblazers were going through financial turmoil.

Daily Hive reached out to Canucks Sports and Entertainment for comment on their level of interest in the NBA now, but did not get a response.

“If you’re vying with six, seven, eight cities, by the time the dust settles, I would have to say that Vancouver would need a ‘heavy hitter’ in the world of business and sport,” said Arthur Griffiths, the man responsible for securing an NBA team for Vancouver in the mid-1990s.

Perhaps BC’s Steve Nash would be interested in being a minority owner, as he is with Vancouver Whitecaps FC. His name would certainly be good for the brand, and could help to connect the franchise with their fanbase.

Can’t be worse than Heisley

Clearly, Vancouver will need a better ownership situation than we last saw under Michael Heisley.

The Chicago billionaire bought the Grizzlies in January of 2000. By March of the following year his application to move the team to Memphis was granted.

The Grizzlies had an owner who wanted to move the franchise, but had to pretend like he didn’t. He never wanted the team succeed on the West Coast, so, he helped to ensure that it didn’t.

“He ‘bankrupted’ the franchise with the fans,” Griffiths said of Heisley. “There was no major promotion, marketing, community efforts, ticket driving, and so on. He made the case after less than 18 months that the team wasn’t viable here. Frankly, that’s just not right. That’s not true.

“I don’t care if you’re hockey, football, basketball, or any other sport, if you don’t have an aggressive marketing campaign, you’re not going to succeed in any market, virtually,” Griffiths added. “That’s what he did, and he did it stealthily and successfully. Unfortunately we paid the price as fans of the NBA.”

Because the Grizzlies lasted just six seasons in Vancouver, the perception by many was that the market couldn’t sustain the NBA. Not so, says Griffiths.

“In ’95 we had a tremendous following, particularly in our first couple of years. Our ticket sales were great, (we had) a lot of sellouts.”

The Grizzlies averaged 17,183 fans per game during their inaugural season, and were north of 16,000 on average over the next three years. To put that in perspective, Vancouver averaged more fans in three of their first four years than Memphis did this past season, one in which they qualified for the NBA playoffs.

Attendance dropped significantly after Bill Laurie, then-owner of the St Louis Blues, tried to buy and move the team to St Louis.

It would work this time

There are many reasons, as we’ve outlined in this series, why Vancouver could support a team if given a second chance.

Griffiths and Mayenknecht, two of the most qualified experts on the subject, believe strongly that the NBA absolutely would succeed in Vancouver.

“I don’t doubt for one minute that the NBA would succeed in this market and would be wildly successful,” Griffiths said.