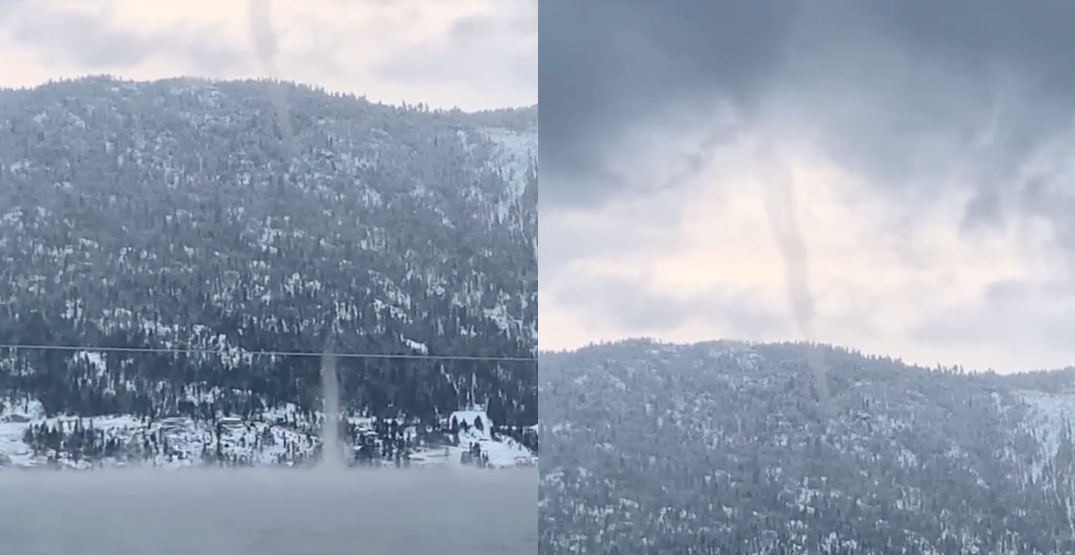 You can tick “steam devil” off your 2021 BC weather bingo card.

Subzero air from the arctic brought BC into a deep freeze during the final weeks of December. The cold weather shattered temperature records across the province and led to a rare white Christmas in Vancouver.

While almost the entire province was blanketed in frigid weather, a tweet posted on Tuesday, December 28, shows a “nice example” of a steam devil that formed over the water in Kelowna.

Very nice example of a steam devil in Kelowna, BC today shot by my good friend @Thing1_Tokyo. So peaceful pic.twitter.com/IjPx2L6Dkb

Even though it might look like a tornado – not unlike the one we saw in Vancouver this fall – it’s completely different.

According to The Weather Network, steam devils can happen “when extremely cold arctic air moves over relatively warmer water – instability forms, air rises, and it can form a visible vortex.”

They’re known to occasionally form on Lake Okanagan in BC.

Keep your cameras at the ready because we still have a few days left of 2021 and a lot of chances for the weather to do something wild.